President Trump’s televised Cabinet meeting on Wednesday featured many newsworthy gaffes: Top Gun shoutouts, praise for Kanye, digs at former defense secretary James Mattis. But what captured the most excitement was a blown up poster of the president emblazoned with the words “Sanctions Are Coming,” a nod to pop-culture juggernaut Game of Thrones‘ iconic “Winter is Coming.”

Although the original meme was first tweeted by the president this fall as a warning to Iran’s regime, its appearance at the gathering quickly became associated with the White House’s promise of building a wall along the U.S.-Mexico border, as impenetrable as the block of ice separating the fictional realm of Westeros from an army of White Walker zombies and displaced populations known as “wildlings.” On Thursday, Trump took his Game of Thrones tribute a step further, posting a photo of himself to Instagram above the words, “The Wall Is Coming.”

Political reporters who decompress from covering power by watching shows about power noted that the wall is rendered useless in the season finale of season seven, due to a blue-fire-breathing ice dragon blasting it to smithereens, thus disproving the entire thesis of Trump’s vanity project—that only a wall can save us from marauding hordes of violent criminals.

Although that gaping hole in the premise is logical enough, in that walls are easily destroyed by hostile forces, it’s an incomplete picture.

Firstly, there is an argument that the wall in Game of Thrones serves a purpose. For thousands of years after its construction by Bran the builder, the barrier separates a diaspora of wilding freefolk opting out of government interference in their lives—many of whom have a predilection for cannibalism and raiding villages—with individuals who choose to abide by the rules of a civilized society defined by such legal touchstones as trial by combat. Should an army of White Walkers ever threaten Westeros, as they did in the Age of Heroes several thousands of years before the events depicted on the show, a wall would serve as the first line of defense—especially when manned by an army of guardians from noble houses known as the Night’s Watch.

Maintaining such a wall, however, proved problematic. The long hibernation of White Walkers removed the Night’s Watch’s sense of urgency and importance, prompting the power structures of Westeros to stop funneling it resources over time. While volunteers of the vanguard were initially distinguished inhabitants of Westeros, the Night’s Watch gradually became comprised of nobles who joined to avoid execution, lacking honor and fortitude. By the time an ice dragon arrives at The Wall, the remaining soldiers (aided by wildlings themselves at this point) are divided by internal politics, and easily annihilated by the White Walkers.

There are two lines of thinking here: 1) That a wall can work when properly maintained; and 2) That a wall will inevitably fail due to its inherent function in, and relationship to, society.

Under President Trump, the United States finds itself in a uniquely similar situation as Westeros. While Trump has touted border patrol and a wall as a crucial component of his presidency, and has issued executive orders to hire 5,000 border-patrol agents and 10,000 immigration officers, the Department of Homeland Security has been mired in bureaucracy problems not unlike the Night’s Watch. According to a 2017 report by the DHS’s Office of Inspector General, “The Department, U.S. Customs and Border Protection (CBP), and U.S. Immigration and Customs Enforcement (ICE) are facing significant challenges in identifying, recruiting, hiring, and fielding the number of law enforcement officers mandated in the Executive Orders.”

Like the Night’s Watch struggling to find distinguished soldiers to man the wall, the U.S. agency tasked with border security is struggling to attract qualified applicants. ICE officers engaged in “pervasive abuse and neglect of unaccompanied immigrant children detained by U.S. Customs and Border Protection” from 2014-2016, according to thousands of government documents obtained by the ACLU last year. Hardly the behavior of Jon Snow.

A wall has as much popularity across the United States as in Westeros, with 60 percent of Americans opposing its construction, per a CBS poll conducted last March. Should one be built to deter immigration or protect the U.S. from some kind of hypothetical invasion, it is likely to crumble as easily as the Night’s Watch due to poor management, internal politics and the absence of a clear purpose. 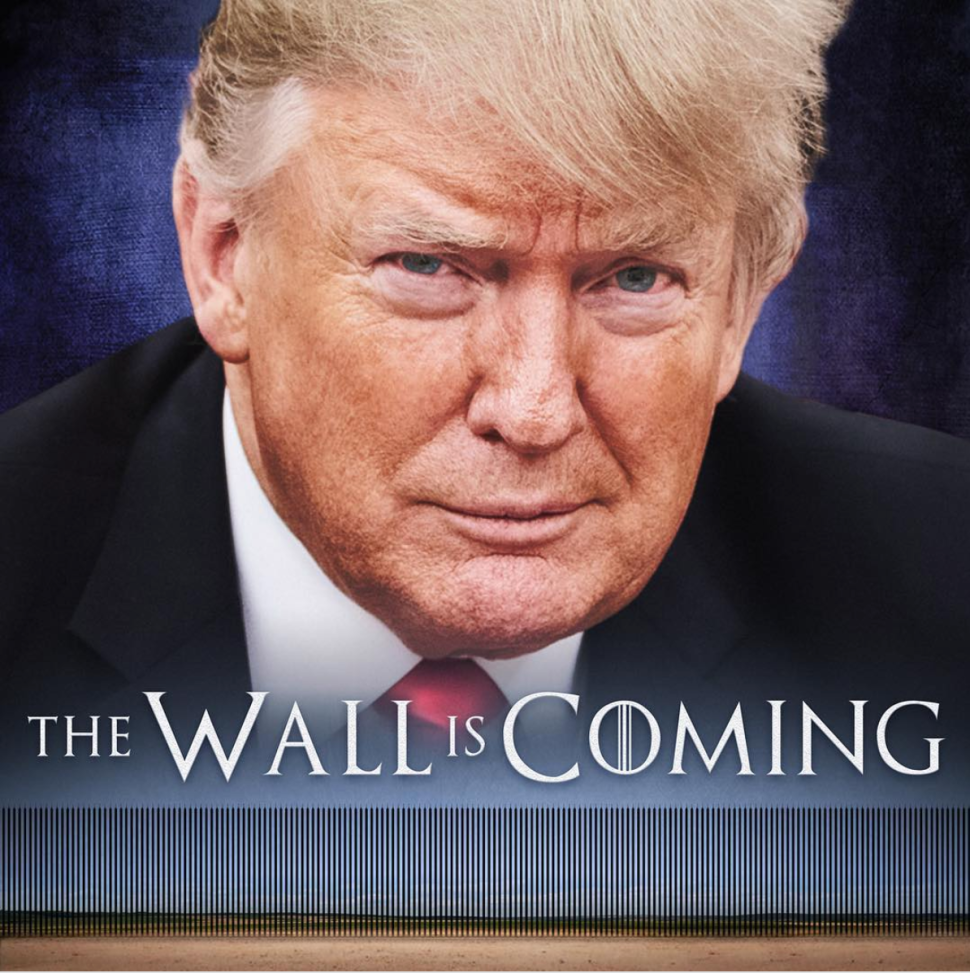