In true Trumpian form, WikiLeaks sent reporters a list of 140 “false and defamatory statements” about Julian Assange, including rumors that he doesn’t bathe.

“Other items listed as false and defamatory included more personal claims including that Assange bleaches his hair, that he is a hacker, that he has ever neglected an animal or that he has poor personal hygiene,” reported Reuters on Sunday.

Staffers in London’s Ecuadorian Embassy, where Assange has remained since 2012, have fanned firsthand accounts of Assange’s poor grooming habits, citing it as part of Ecuador’s reasoning to extricate him.

“It seems he doesn’t wash properly,” a “well-placed” source in the embassy told the International Business Times last January.

In its email to reporters, WikiLeaks singled out The Guardian, calling its recent report on the Manafort-Assange meeting “false.” Wikileaks also requested reporters to stop publishing long-standing speculation that Assange is an “agent or officer of any intelligence service,” in reference to his organization’s role in hacking emails from the Democratic National Committee (DNC). 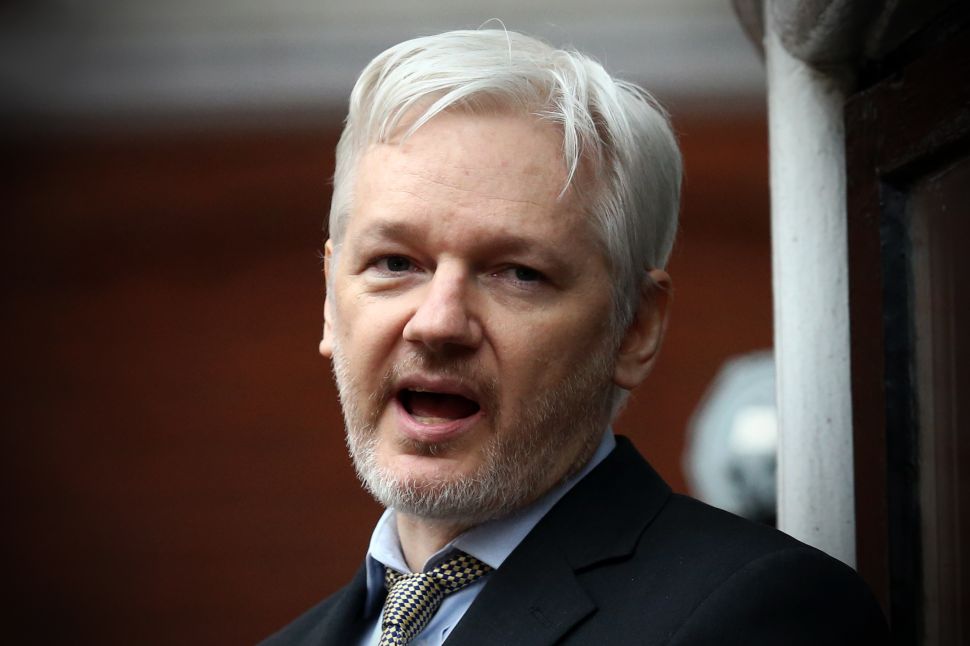