Japanese fashion mogul Yusaku Maezawa—the billionaire who is set to become Elon Musk’s first SpaceX client with a trip to the moon—figured that, even after paying for his expensive space travel, he could still afford to give nearly one million dollars away to random strangers just to say “Happy New Year!”

On Saturday, Maezawa announced on Twitter that he would personally give away one million yen ($9,200) to 100 people who follow and retweet him. The deadline to enter the giveaway is Monday, January 7. Maezawa said he would contact the winners via direct message.

The giveaway, the 43-year-old tycoon said in the tweet, was to celebrate his clothing company Zozotown’s record-breaking sales in 2018. But no doubt he was equally excited about his upcoming SpaceX trip. His tweet, styled as a traditional Japanese New Year’s greeting card, featured an E.T.-inspired picture of a rocket rising in front of the moon.

“Zozotown spring sale is the fastest in history and topped 10 billion yen!!” he tweeted. “With a daily appreciation, I will give 100 million yen (total of gifts million yen) in cash.”

The offer is sure drool-worthy. Within 48 hours of tweeting, Maezawa’s post was retweeted more than 5.5 million times, making it the most shared tweet ever. It was also way over Maezawa’s normal retweet level of a few thousand.

Before him, the retweet record was held by Carter Wilkerson, a Nevada teenager who asked fast food chain Wendy’s Twitter account in April 2017 how many retweets he would need for a free year’s supply of chicken nuggets. After the restaurant responded with “18 million,” more than 3.6 million people retweeted Wilkerson’s post, beating the previous 3.4 million record held by Ellen DeGeneres’ famous Oscar selfie.

In September of last year, Musk announced that Maezawa would be the first private passenger to fly around the moon aboard a future SpaceX Big Falcon Rocket (BFR) rocket. Musk didn’t reveal how much the trip would cost, but said it was “not a trivial amount” and that Maezawa had already put down a hefty deposit.

The rocket that will carry Maezawa hasn’t been built yet, but his plan is to fly on the trip as early as 2023.

Maezawa’s net worth is currently estimated at $2 billion by Forbes, putting him among the 20 richest people in Japan. 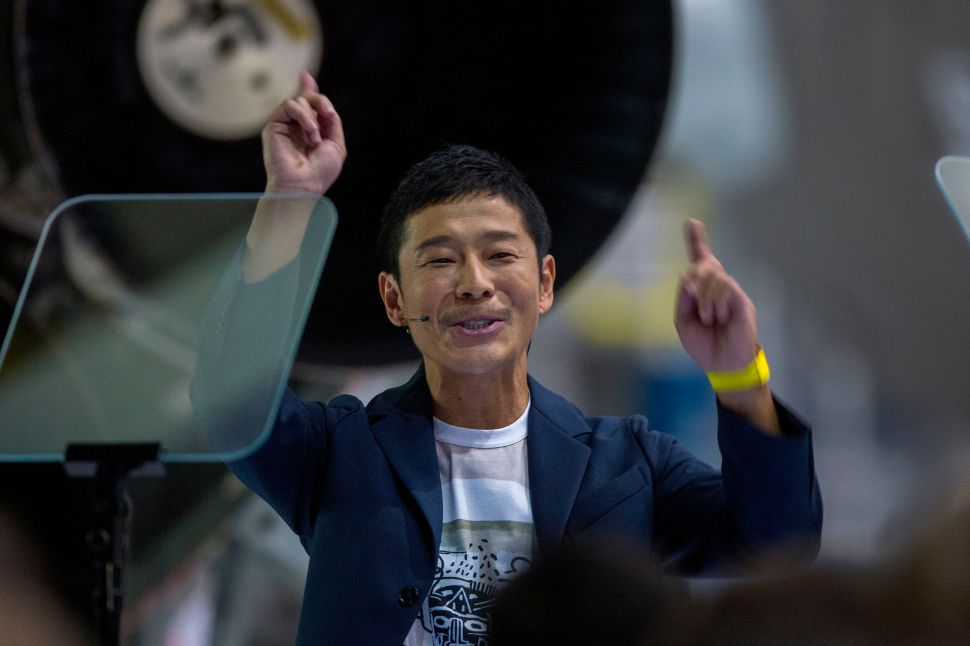