The U.S. Supreme Court may decide this term whether partisan gerrymandering runs afoul of the U.S. Constitution. The justices will consider two redistricting cases in the coming months where district lines were drawn to give one party a political advantage.

Partisan gerrymandering is often at the center of the country’s most divisive election disputes. While both parties argue that it unfairly skews elections, both Republicans and Democrats continue to do it.

“The widespread nature of gerrymandering in modern politics is matched by the almost universal absence of those who will defend its negative effect on our democracy,” Judge Paul V. Niemeyer wrote in one of the cases. “Indeed, both Democrats and Republicans have decried it when wielded by their opponents but nonetheless continue to gerrymander in their own self-interest when given the opportunity.”

Partisan gerrymandering remains so pervasive in large part because the U.S. Supreme Court has failed to establish any legal standards to govern it. In 1986’s Davis v. Bandemer, the Supreme Court held that the courts could consider political gerrymandering claims after the majority concluded that it was “not persuaded that there are no judicially discernible and manageable standards by which political gerrymander cases are to be decided.”

Nearly two decades later, the court had second thoughts. In Vieth v. Jubelirer, a four-member plurality concluded that political gerrymandering claims are nonjusticiable because no judicially discernible and manageable standards for adjudicating such claims exist. In a concurring opinion, Justice Anthony Kennedy agreed that no standard existed to address the redistricting map at issue in the case but declined to join the plurality in concluding that a solution could never be found. He wrote that “if workable standards do emerge to measure these burdens… courts should be prepared to order relief.”

Over the past several years, the Supreme Court has ducked partisan gerrymandering claims in several cases. In Gill v. Whitford, the court ruled that the plaintiffs failed to demonstrate Article III standing because they had not shown any specific and individualized injury to their right to vote. It remanded the case back to the lower courts. In the court’s opinion, Chief Justice John Roberts acknowledged that the public officials, voters and the lower courts are looking to the court for guidance, writing:

“Over the past five decades this Court has been repeatedly asked to decide what judicially enforceable limits, if any, the Constitution sets on the gerrymandering of votes along partisan lines. Our previous attempts at an answer have left few clear landmarks for addressing the question… Our efforts to sort through those considerations have generated conflicting views both of how to conceive of the injury arising from partisan gerrymandering and of the appropriate role of the Federal Judiciary in remedying that injury.”

Nonetheless, the court appears willing to side-step the issue if given the opportunity. It is unclear if this term will be any different.

In the Maryland redistricting case, the plaintiffs allege that Democrat state officials responsible for Maryland’s 2011 congressional redistricting plan targeted them for vote dilution because of their past support for Republican candidates for public office, violating the First Amendment retaliation doctrine. Last term, the Supreme Court issued a per curiam decision ruling that the three-judge district court’s denial of the injunction was not improper. However, the justices did not address the issue of the gerrymandering. On remand a second time, the district court ruled that the redistricting map violated the Constitution, setting up the current Supreme Court appeal.

Rucho v. Common Cause, a North Carolina redistricting case, challenges a map that benefited Republicans, helping them win 10 of 13 districts after it took effect. The plaintiffs allege that the map constitutes a partisan gerrymander in violation of Article I of the Constitution, the First Amendment and the Equal Protection Clause of the 14th Amendment.

While Gill v. Whitford was pending before the Supreme Court, a three-judge district court invalidated North Carolina’s 2016 congressional districting map as partisan gerrymander. After deciding Gill, the Supreme Court vacated that decision and remanded for further consideration in light of Gill.

On remand, the district court concluded that the plaintiffs had standing. It went on to establish justiciable standards for partisan gerrymandering claims under the Equal Protection Clause, the First Amendment, and the Elections Clauses of Article I. The court then found the 2016 map to violate each of those newly articulated tests and enjoined the state from using the map after the November 2018 elections.

The Supreme Court has now been asked to weigh in. In their petition for certiorari, the North Carolina Republicans argued if “there is indeed a theory of standing for adjudicating generalized partisan grievances and a justiciable test for separating unconstitutional partisan gerrymanders from run-of-the-mill consideration of partisan advantage by legislatures organized on party lines, they will have to come from this court.”

The fact that the justices will hear the cases doesn’t necessarily mean that they want to tackle the issue. Redistricting cases are one of the new types of cases that give the parties an automatic right to appeal to the U.S. Supreme Court.

Assuming the justices do rule on the merits, the cases could result in the landmark decisions. However, it may not be to outlaw partisan gerrymandering. The composition of the court has changed since it last considered partisan gerrymandering. With retired Justice Anthony Kennedy being replaced by Justice Brett Kavanaugh, the conservative majority could very well hold that the courts should avoid such claims. We will learn more when the court holds oral arguments in March and issues its decision by June.

Donald Scarinci is the co-author of Redistricting & the Politics of Reform, published in 2010, which has been used as a primer on redistricting in at least 15 states where the decennial process is performed by appointed commissions. He is also a managing partner at Scarinci Hollenbeck—read his full bio here. 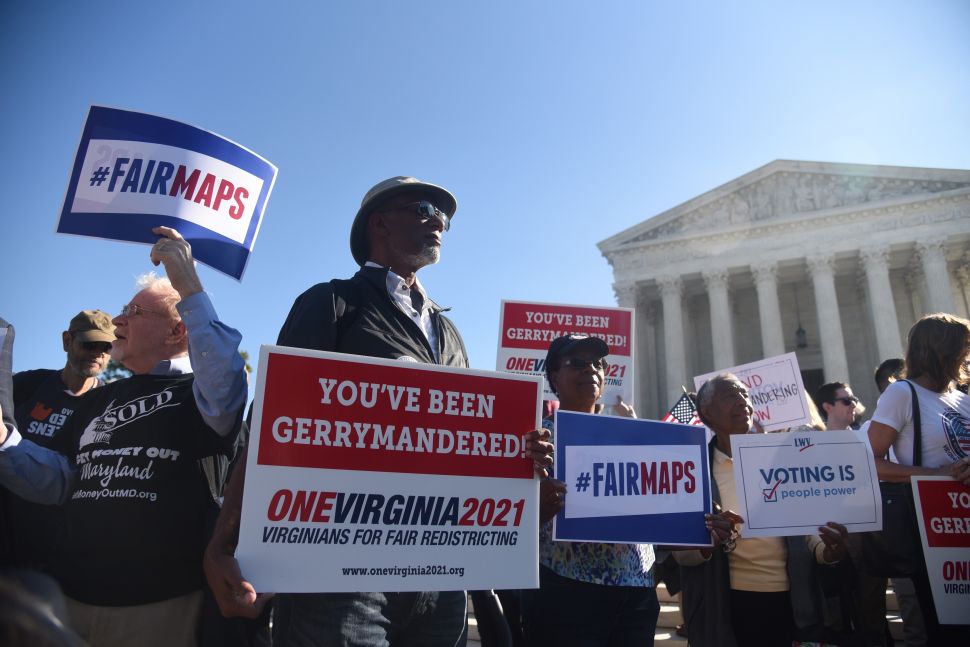