Last month, on January 25, Sotheby’s had one of their biggest Supreme auctions to date. Teaming up with streetwear collector Ryan Fuller, they auctioned every single Supreme skate deck dating back to 1998 and titled it “20 Years of Supreme.” Fuller originally assembled the collection over a 20-year period.

Carson Guo was revealed by Sotheby’s as the collector who met the price at $800,000. Guo is a 17-year-old student who comes from a family of collectors and has big plans for the complete archive.

Before this purchase, he had already acquired an impressive collection of art, collectibles, and fashion including paintings by Pablo Picasso and Claude Monet. This includes some smaller Supreme collectibles—specifically “a few box logo tees and accessories,” as he described to Observer.

“My father is a collector who buys from auction houses and galleries and my older sister graduated with a degree in art history from UBC,” he explained. “The two of them are my mentors.”

When looking at items to purchase, Guo is interested in the history behind and “the purpose of the item.” He explains that, to him, what determines if something is “worth collecting” or not isn’t limited to any specific medium.

“A work can be unique and meaningful no matter the shape or form it is presented in, whether it is a painting or a skateboard,” said Guo. “In my opinion, a worthy piece of art is creative and purposeful. The work has a background and also a future.”

Clearly a Supreme fan (who enjoys skating himself), his favorite piece from the collection is the set of five skate decks depicting the central portion of Leonardo da Vinci’s The Last Supper.

“Through collecting, I’ve gained a forward understanding of modern arts and street fashion culture,” said Guo. “I love the advanced and free-minded culture behind Supreme, and the rarity of their products and collaborations.” He also might have picked up a bit of knowledge through a part time job he held while at school, at a streetwear shop.

He plans to showcase the complete archive in his new creative shop, opening in Vancouver by early 2020. The creative shop will be “part gallery, part boutique,” showing other limited-edition pieces alongside the Supreme decks.

Hoping to bridge the gap between skate culture and fine art, we doubt this will be Guo’s only culturally significant purchase. The teenager is already talking about working to expose people to a broader range of culture and art.

“I think no one truly understands art except the artist him or herself,” he says. “Ten people looking at an art piece will have 10 different results of their own understanding. And that is exactly why art is so thoughtful and interesting.” 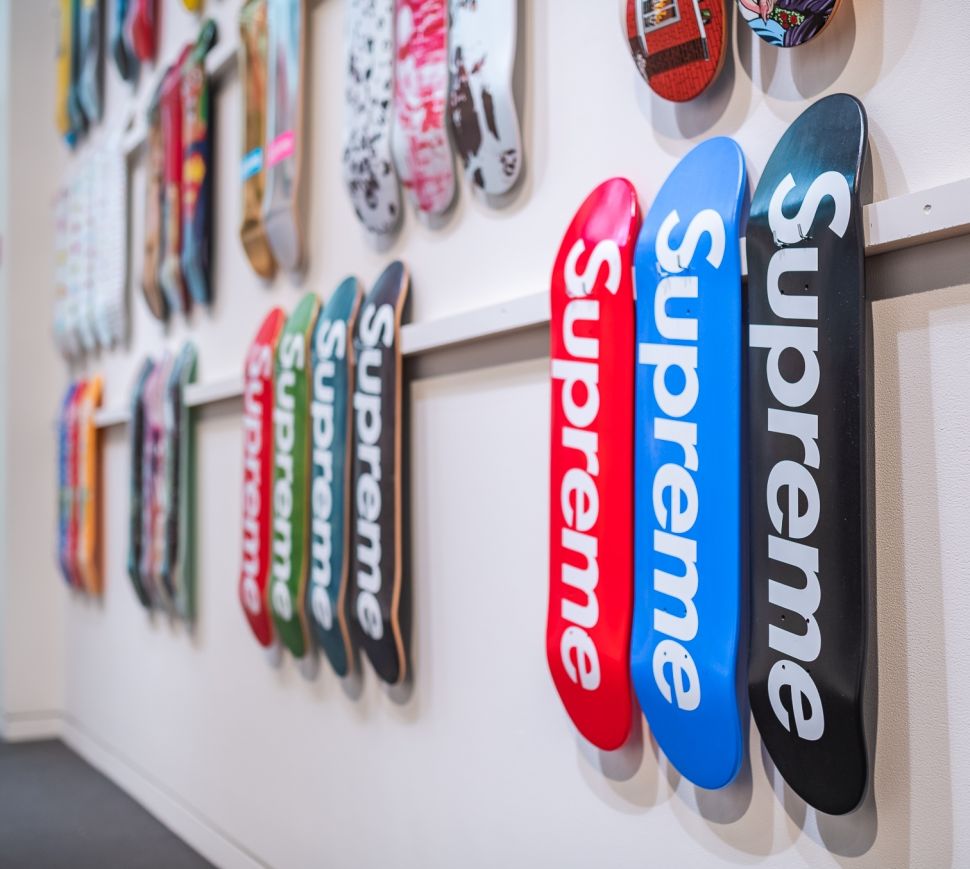