As an overall viewer experience, last night’s 91st annual Academy Awards ceremony could have been a whole lot worse, especially considering the frenetic hoopla surrounding Hollywood’s biggest night. Even though the critically polarizing Green Book took home Best Picture over far more worthy candidates like The Favourite and Black Panther, Roma director Alfonso Cuarón rightfully collected statues for Best Director and Best Cinematography. During his speech for the latter, he gave a shout-out to celebrated cinematographer Emmanuel Lubezki that drew attention to the essential nature of the craft.

“It’s well known that in Billy Wilder’s office there was a sign that said ‘what would Lubitsch have done,'” Cuarón said during his acceptance speech. “And for me, it was what would Chivo Lubezki have done.” There’s a huge swath of cinematic history digestibly compressed here, so let’s unpack it.

First of all, last night, Cuarón became the first person to win a cinematography award for a film for which they were also the director, which is enormously important all on its own. Secondly, that Cuarón honored Mexican cinematographer Emmanuel “Chivo” Lubezki during a speech that almost wasn’t aired at all is both a great highlight of Lubezki’s work, and a statement that rightfully centers Cuarón and Lubezki in the same cinematic canon that includes Billy Wilder and Ernst Lubitsch, two enormously influential Hollywood figures.

Wilder is the director (and in many cases, producer and co-writer) of classics including The Apartment, Some Like It Hot, The Lost Weekend and Sunset Boulevard. Cinematographer Lubitsch is the pioneer of conventions that are now so embedded into our collective visual grammar that they seem like foregone conclusions. “When two characters begin to kiss in Trouble in Paradise, for example, the camera cuts to a hand hanging a ‘Do not disturb’ sign on the door,” the Washington Post wrote in a recent article about Lubitsch. “That may seem cliche now, but in the early 1930s, it was a sly maneuver to conjure up a steamy scene without actually showing one.”

Like Lubitsch, Lubezki’s touch on cinema is impressive in scope. He’s received eight Academy Award nominations for cinematography, and memorably won the award three years in a row; for Gravity (2013), Birdman (2014) and The Revenant (2015). Cuarón’s homage to his frequent collaborator and friend therefore offered an illuminating and welcome glimpse into movie history—something that seemed all but forgotten among the cynicism and drama of the Oscars ceremony this year.

In case you're counting, Mexican directors have won 5 of the last 6 Best Director #Oscars

The loss of Kevin Hart as host after the excavation of his homophobic tweets; the addition and subsequent (ironic) cancellation of a Popular Film award category; and the temporary relegation of the film editing, makeup and hairstyling, live-action short and cinematography awards to commercial breaks were just a few of the PR disasters weathered by the Academy leading up to the 2019 telecast itself.

However, it was perhaps the awards-during-commercial-breaks pitch that pissed off Hollywood professionals the most. That move, which was seen as centering the work of actors and directors in the public’s perception of film, would have ignored so much of the important work that goes on behind the scenes. Cuarón’s comment was more than a shout-out to Lubezki, it was a reminder that these professionals deserve their due. 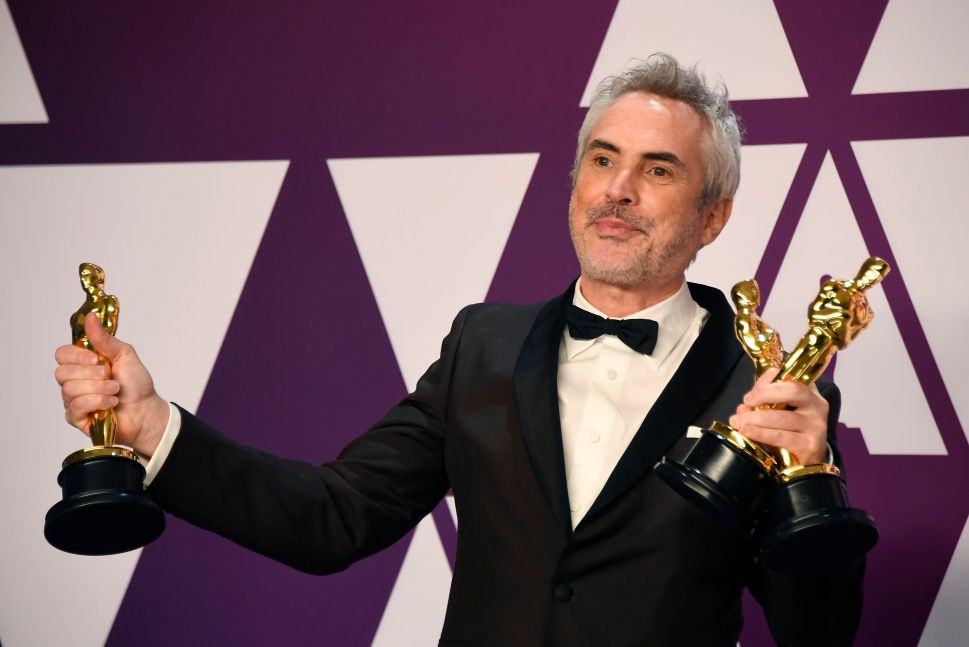