In the very distant future, the floating city of Zalem pours its waste down onto the desolated world below. Digging through endless piles of trash, scavengers find little except junk and detritus. But now and again, they stumble upon a priceless artifact accidentally discarded by the mighty megalopolis above.

This alluring story line was enough to hook James Cameron, who tried to turn it into a movie for more than two decades. The project was heavily delayed due to Avatar and its sequels, so much so that he was forced to hand it over to Sin City’s Robert Rodriguez. Sadly, the finished film, Alita: Battle Angel, which just hit theaters, echoes the premise of its source material: Audiences will have to dig through a lot of garbage to get to the good bits.

After a slow opening week, the poorly received Alita is well on its way to becoming a sci-fi box-office bust, much like last year’s Mortal Engines and Disney’s infamous 2012 stinker John Carter. That’s not altogether fair because, as critics have noted, Alita is at times entertaining, visually impressive and heartfelt. In hindsight, it’d be easy to say that had Cameron remained in charge, distributor 20th Century Fox would not have had itself a $200 million flop, but instead a hit the size and caliber of Avatar. The problem with this argument? The best parts of Alita are those that Cameron had very little say over, while the worst happen to be those that were almost completely under his control.

Visually, Alita stands out like Avatar did, and given how much more popular and competitive computer-generated filmmaking has become since 2009, that is no small feat. Its environs and characters blend together in a fictional world that feels lived in, even if we don’t get to know much of its history. The look of the titular Alita, in full CGI, has been subject to controversy. Ever since the first trailer, viewers could not decide what to make of her eyes, which were enlarged in emulation of her original design in Yukito Kishiro’s manga as well as rendered in photorealistic detail to fit the film’s general aesthetic. Cartoonishly big peepers pasted on a lifelike face make for a portrait that is uncanny. Yet their expressiveness actually allows actress Rosa Salazar’s performance to shine through the special effects—she’s a charismatic lead.

Alita’s real issue is its script. The original version, written by Cameron and his Avatar colleague Laeta Kalogridis, clocked in at a hefty 180 pages and had to be cut by a third before production could commence. In a recent interview with Digital Spy, Cameron said he was happy with the way things turned out, and that the final script “knitted things together in a more efficient, direct pathway.” The storytelling we get in the final film is certainly direct, though it is far from efficient.

Character motivations are either unclear or completely absent. While Alita is an active main character, she is aimless, naïve, idealistic and impulsive; it’s never apparent why she does or wants something. At first, amnesia is her excuse. However, even when her memory gets restored, things don’t come into focus. There are several instances in which Alita is on the verge of making some very stupid decisions, such as when she literally offers her robot heart to her bad-boy boyfriend (this movie isn’t just on the nose, it breaks the nose). But since Cameron’s screenplay doesn’t allow her to make those mistakes, she never learns—and as a result, never changes.

Moreover, Alita loses all its tension because its heroine is overpowered. A cyborg warrior from another era, Alita is a product of combat technology that was believed to be extinct. A force without equal, she continues to be underestimated and never loses a fight. While her excessive strength makes for one spectacular fight scene after another, we never fear for her life or dread what will happen should she fail, and our emotional response is never as strong as when her powers are first revealed at the beginning of the film. Every superhero needs their kryptonite. Besides her own impetuousness, what is hers?

Meanwhile, several minor characters lack a specific goal. Sure, they want to go to Zalem. But since we never get to know what awaits them inside the place, the mysterious floating city embodies little more than the vague—and cliché—desire for a better life. To a certain extent, the story explores how far people are willing to go to get that ticket to heaven, but the script only answers this question to a superficial degree.

For 20 years, Cameron batted off directors eager to adapt this project because he felt too invested in it. An inveterate perfectionist, Cameron has a history of starving his projects in development hell, so perhaps the reason why he finally turned the reins over to Rodriguez was because he felt he’d never get to it in his own lifetime. We still eagerly await the Avatar sequels, but it’s a shame we never got to see the Alita that Cameron so passionately envisioned. 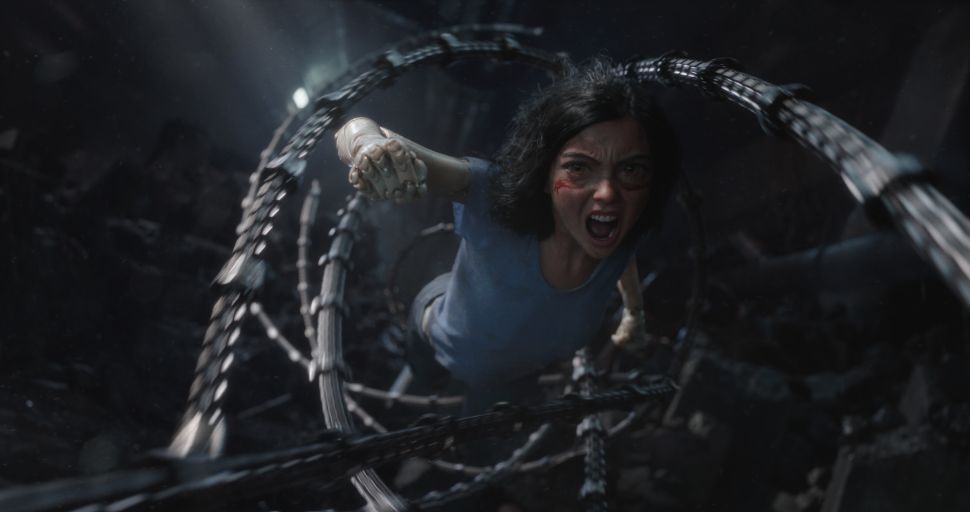