Amazon’s decision to settle half of its $5 billion HQ2 project in Long Island, New York City, last November was a big surprise to tech industry experts and ordinary observers alike, for the obvious reason that the Big Apple simply seemed too crowded to take in another 25,000 workers that Amazon planned to bring to the new headquarters.

But before Amazon signs any office space leases or makes any new hires, reports have already emerged that the tech giant might actually walk back from New York amid a wave of local protests.

Amazon hasn’t officially addressed the speculation yet; it hasn’t responded to a comment request by Observer, either. But the HQ2’s uncertain fate has many close watchers of the year-long HQ2 search wondering: Where will Amazon go if it really backs away from New York? How badly did it want to come to New York in the first place? And for what reasons?

Joel Kotkin, an urban studies professor at Chapman University, had predicted Amazon’s East Coast picks from the very beginning, although he conceded that a gigantic city like New York doesn’t make much economic sense.

“It’s really a very weird choice by economic logic, because New York doesn’t have the best engineering talent. And obviously, it’s going to put pressure on traffic and rent,” he told Observer. “It’s not going to be family-friendly. But what New York needs is the middle class.”

“From everything I heard from friends up in Seattle, Amazon basically lives on people who work there for two to three years until they are burned out, and then they leave,” Kotkin added. “New York kind of has that model. So, that might be a contributing factor. But fundamentally, I thought all along that Bezos was going to pick Washington or New York for political reasons. And the nearly $3 billion incentives just make New York more attractive.”

“The body of academic research agrees that the quality of the local workforce is the number one factor in a corporation’s decision of where to locate or expand, not government subsidies,” said Michael Farren, a research fellow at George Mason University whose area of study focuses on big businesses’ impact on governments. “That means most money spent on economic development is wasted—it’s just icing on the cake that the corporation would have already picked. But the practice continues because it allows politicians to claim credit for ‘creating jobs.'”

If Jeff Bezos was seriously looking for an economically efficient destination for Amazon’s new headquarters or eventually walks away from New York, Kotkin suggested that most metropolitan areas in the Midwest would make a great choice—even from a political point of view, too.

“In states like Ohio or Indiana or Michigan, Amazon would have been worshiped as a savior,” he said. “And unlike New York, they would have been able to accommodate the housing demand for new employees.”

“I think what happens with the Silicon Valley types is that they live in their own world where the only places that exist are New York, Washington, D.C., Seattle and San Francisco,” Kotkin added. “I think Amazon is a great company and provides great service, but it’s not doing much for middle America. Bezos could have used the [HQ2 search] as an opportunity to send a message to the middle part of the country that the tech industry wants to help the middle class. But he didn’t.” 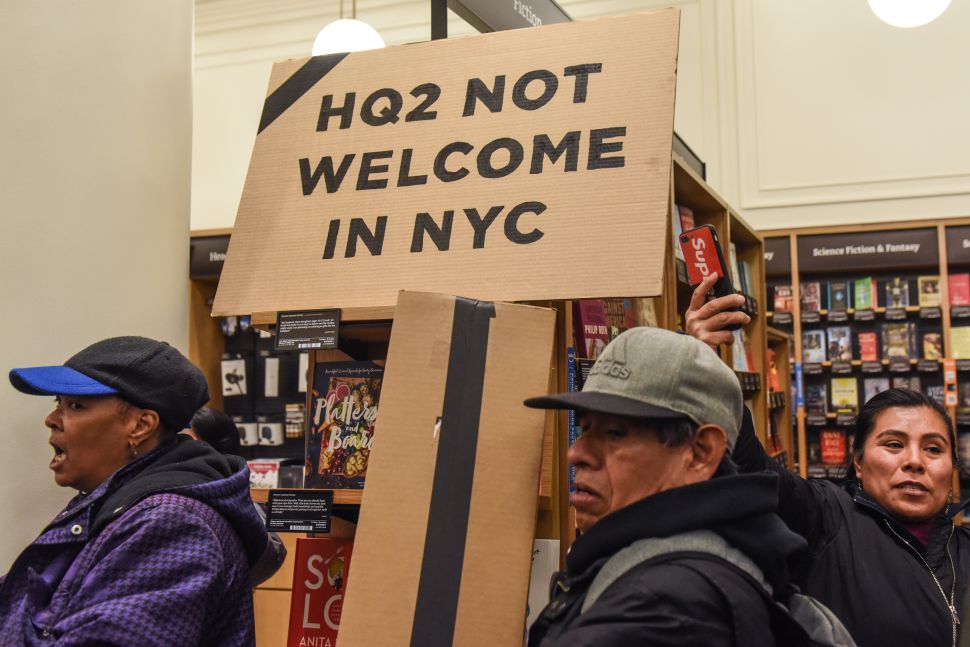