Some 300 years ago, the Irish statesman Edmund Burke opined that a legislator’s role was not to represent their community’s interest, but the interests of the electorate at large. “You choose a member, indeed; but when you have chosen him, he is not member of Bristol, but he is a member of Parliament,” he trumpeted.

That following election, his constituents repaid him by replacing him.

Thursday’s decision by Amazon to not build its next headquarters in Long Island City, New York, begs this timeless question once more: Is the trustee model of representation—a guiding principle that legislators are entrusted with the autonomy to act in the greater good of the population—an appropriate stance for elected officials to take on the issue of their constituents’ economic future? And even if it is, given the nature of running for office, holding office and the people who attempt both, is it realistic to ever expect them to put the good of the electorate as a whole ahead of the people who can grant or deny them another term?

Amazon’s pull-out curiously followed the release of the second major poll by an independent polling outfit on Amazon’s second headquarters that showed across-the-board support for the project that should have put opponents’ criticisms to rest. After all, an overwhelming majority––56 percent or 23 points more than objectors––approved of the e-commerce giant’s arrival and believed that the performance-based incentive package was justified. A December poll by Quinnipiac University yielded nearly indistinguishable results of approval.

The unspoken lead opponent to Amazon’s second headquarters was none other than Alexandria Ocasio-Cortez. While she held no direct authority over the project, her district neighbors Long Island City, and her looming presence altered the discourse, as well as the decisions of local elected to oppose. From elected officials who copied her logo to the politicians who borrowed her rallying cries, it was all too apparent: They were afraid of being primaried by an empowered progressive fringe player.

Yet, diving deeper into what New York City residents wanted––constituents of hers and opponents––the opposition is perplexing and troubling. Among African-Americans, 70 percent of New Yorkers supported the HQ2, and among Latinos, the support was nearly monolithic––four out of five welcomed the company. Following Amazon’s withdrawal announcement, leaders of the public housing association put out blunt calls of condemnation.

For the handful of local Queens politicians opposing the deal, what people in Manhattan or the Bronx or Staten Island thought didn’t matter. What people across Queens thought about the deal didn’t matter. What voters broadly in their districts thought of the deal didn’t matter. All that did matter were the views of the relatively few people who reliably vote in every Democratic primary. That 10-15 percent of the party calls the shots because they’re the only ones with real world impact over the next election. The political risk wasn’t alienating residents in the center who supported the deal. Those people don’t actually vote. The risk came from the left—and the only way to eliminate the risk was to oppose the project. Everyone and everything else is white noise.

In contrast, guided by the delegate model, an elected official would be mandated to act according to the popular opinions of their constituency. Even then, there are incontrovertible circumstances of race, social justice or moral issues where an elected official should remain disaffected and independent from the worst inclinations and urges of an electorate. And governing and legislating may be a delicate balance of both––understanding what constituencies want and what is in their interests, and what is best for all of society.

However, no elected official should betray their electorate by working against their long-term economic interests. The economic considerations of Amazon’s second headquarters should make it difficult for any New York officeholder to have been unequivocally against the project. In this case, Ocasio-Cortez and opponents didn’t consider that balance and weighed only their own faction’s goals. That may be good politics, but it’s far from good governance.

The long-term perspective of our representatives should recognize the dynamics of a changing workforce and the need to continue developing New York’s innovation ecosystem––what economic development planners and city officials have fruitfully fostered over the last decade. New York comes close to rivaling Silicon Valley, with its own character and presence, because of the investments and initiatives in opportunities like Amazon’s HQ2. Its success story offers a case study for other cities around the world.

The message from these elected officials opposed to Amazon: the public’s opinion doesn’t matter until it does for their politics. They may attempt to believe they are agents of their constituents, but they will continue to act as all-knowing custodians of decision-making, subverting those who elected them in the process.

Emil Skandul is the founder of a digital innovation firm and previously worked in economic development for the New York City Council. 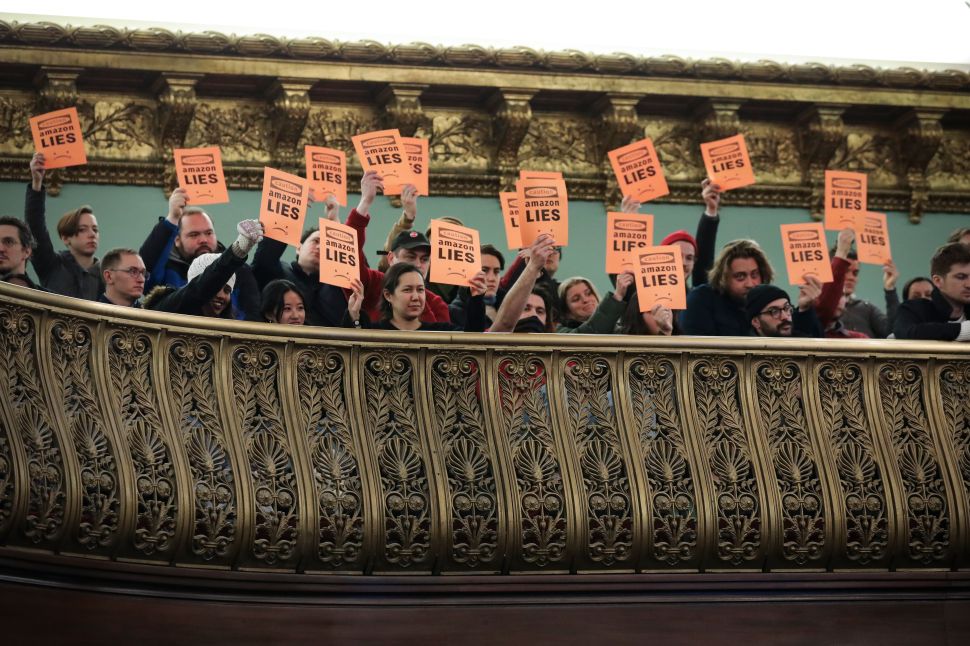