After several weeks of strong protests from both lawmakers and local residents, Amazon officially ditched its plan to build half of its second headquarters, also known as the HQ2, in the Long Island City neighborhood of New York City, the company said on Thursday.

“We are disappointed to have reached this conclusion—we love New York, its incomparable dynamism, people and culture—and particularly the community of Long Island City, where we have gotten to know so many optimistic, forward-leaning community leaders, small business owners and residents,” Amazon said in a statement.

Last November, Amazon announced that it would split the $5 billion HQ2 project between New York and Crystal City, Virginia near Washington, D.C. and build a new operations center in Nashville, Tennessee, ending a highly publicized search effort that had kept the media in suspense for nearly a year.

Although Amazon’s Thursday announcement to pull out of New York felt like a huge blow to politicians—particularly Gov. Andrew M. Cuomo and New York City Mayor Bill de Blasio—who had gone to great lengths to support the effort, its impact on New York’s economy (as well as the other HQ2 site) is not nearly as big as the impact on the company itself.

“I think Amazon probably overestimated how important it would be to New York City, which strikes me as a bit arrogant,” Peter Cohan, a management professor at Babson College, told Observer. “New York already has so many large corporate headquarters there—particularly in the financial services, media and pharmaceuticals industry. And Amazon ended up being more of a political football for local politicians to kick around.”

Amazon said it wouldn’t start looking for a replacement for New York any time soon. In the meantime, it will continue the development of its HQ2 site in Virginia and the operations center in Nashville as planned.

That means Amazon’s ambitious HQ2 project is cut in half, at least for the time being. The e-commerce giant had originally planned to build the $5 billion second headquarters in one place, which would have added 50,000 tech jobs and eight million square-feet of office space to the chosen city.

As recent as this week, Amazon was still trying to win the favor of New York residents. “We’re focused on engaging with our new neighbors—small business owners, educators and community leaders. Whether it’s building a pipeline of local jobs through workforce training or funding computer science classes for thousands of New York City students, we are working hard to demonstrate what kind of neighbor we will be,” an Amazon spokesperson said in a statement to Observer on Tuesday. 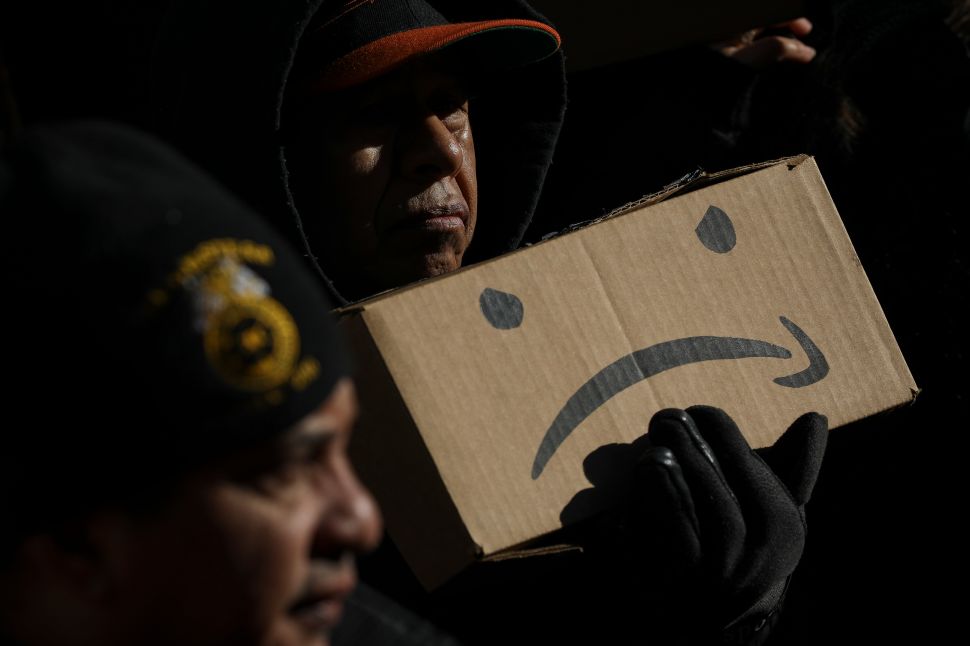