At Apple, which sells more than 200 million iPhones every year through its massive network of physical and online stores, the head of retail is a role just as important as CEO and CFO. But the tech giant will be losing this person very soon amid a difficult time on its retail front.

On Tuesday, Apple announced that its head of retail and online stores for the past five years, Angela Ahrendts, who is also the only woman on the company’s senior executive team, would be leaving in April “for new personal and professional pursuits.”

Ahrendts is one of the highest paid executives at Apple. Last year, her paycheck totaled $24.2 million, consisting of $4.1 million in cash and $20 million in equity awards, according to Apple’s 2018 proxy statement, which listed her name just after CEO Tim Cook and CFO Luca Maestri on the compensation table.

She was even once floated as a possible successor to Cook as CEO, people familiar with Apple’s board have told The Wall Street Journal.

Ahrendts, 58, joined Apple in 2014 after serving as CEO of British fashion house Burberry for eight years. Apple hired her as part of a strategy to establish the iPhone’s status as a luxury tech gadget and strengthen its presence in China, then a booming market.

During her tenure, Ahrendts led several major changes in Apple’s retail division, including a store redesign—changing the name from “Apple Stores” to just “Apple” and phasing out the “Genius Bar”—and the integration of physical and online stores to allow shoppers to preorder new iPhones online and pick up in store on the day of release, which in part contributed to the dramatic long waiting lines outside Apple stores on every launch day.

But now, she’s stepping down at a time when Apple has reached a bottleneck of its “luxury phone” positioning and a global slowdown in sales. In Apple’s latest quarter which ended December 31, 2018, iPhone sales declined 15 percent globally to $52 billion, mainly driven by weak demand in China.

“I want to thank Angela for inspiring and energizing our teams over the past five years,” Cook said in the statement on Tuesday. “She has been a positive, transformative force, both for Apple’s stores and the communities they serve. We all wish her the very best as she begins a new chapter.”

Ahrendts will be replaced by Apple’s current head of human resources, Deirdre O’Brien, in a new role called “the senior vice president of retail and people.” O’Brien, a 30-year veteran at the company, already has some responsibility overlap with Apple’s retail function. She has overseen career development and internal training for Apple’s 70,000 retail employees.

“People come to Apple to do the best work of their lives, and our retail teams show their passion every day, in every interaction, all around the world,” said O’Brien in a statement on Tuesday. “It is the opportunity of a lifetime to work with, and learn from, such a talented, diverse and imaginative team. I am looking forward to this journey, and to continuing the important work of the People team in supporting all of Apple’s amazing employees.” 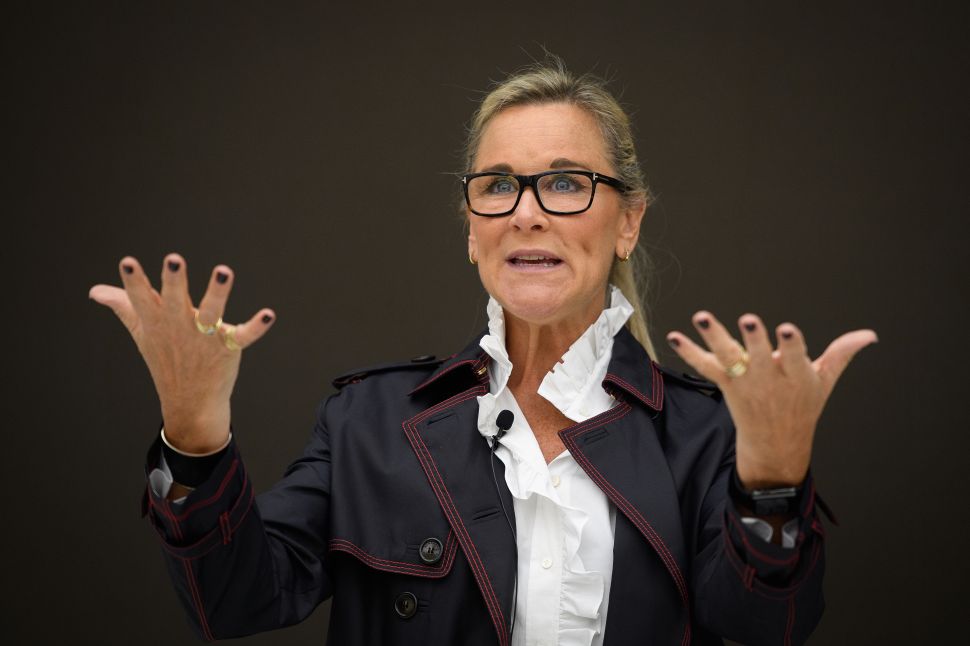