On Tuesday, reports hit that Ariana Grande, who was scheduled to be one of the centerpiece performers at this Sunday’s Grammy Awards, was backing out of the ceremony and not attending the event at all after being treated rudely by the show’s coordinating producers.

Now, just hours before the release of Thank U, Next, Grande’s follow-up to her acclaimed 2018 record, Sweetener, she has broken her silence on the Grammys debacle exactly how you’d expect a digitally savvy millennial to. The “God Is a Woman” singer tweeted a rebuke to an article she disagreed with by taking a screenshot of a pertinent passage and adding her response.

In a new interview with AP News, Grammys producer Ken Ehrlich claimed that the reason Grande wouldn’t be performing at the proceedings was because she was unprepared.

“As it turned out when we finally got to the point where we thought maybe it would work, she felt it was too late for her to pull something together for sure,” Ehrlich said. “And it’s too bad. She’s a great artist. And I’d love to get her in the show this year.”

Grande, however, was not having it.

i’ve kept my mouth shut but now you’re lying about me. i can pull together a performance over night and you know that, Ken. it was when my creativity & self expression was stifled by you, that i decided not to attend. i hope the show is exactly what you want it to be and more. 🖤

Grande also directly denied Ehrlich’s suggestion that she hadn’t provided ample material for the Grammys producers to choose from.

i offered 3 different songs. it’s about collaboration. it’s about feeling supported. it’s about art and honesty. not politics. not doing favors or playing games. it’s just a game y’all.. and i’m sorry but that’s not what music is to me.

This year’s Grammys are shaping up to be slightly scant when it comes to collective megawatt star power. For a variety of reasons, it’s very likely that Taylor Swift, Beyoncé, Jay-Z, Kanye West and Drake won’t attend the proceedings, which will be hosted by Alicia Keys and include performances from Dolly Parton, Kacey Musgraves, Jennifer Lopez and Katy Perry (unless they, too, cancel).

Grande’s star has risen astronomically within the past year, and so, as many of her fans have pointed out in her mentions, the Grammys needed her presence a lot more than she needed that particular platform to boost her visibility.

passed a Grammy’s bus with my face on it typing those.

Whether Grande and Ehrlich will make up remains to be seen, but we are certain of one thing: When Thank U, Next hits the airwaves tonight, it should be chockfull of bangers. 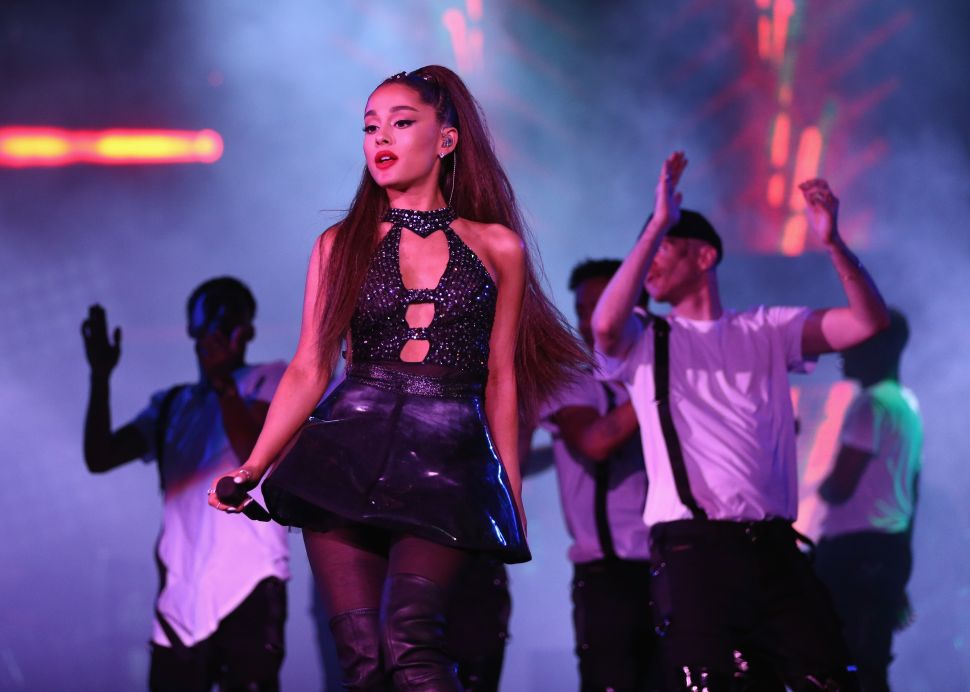