This week marks the official launch of the revamped Arlo Lobby Bar (or A.L.B.) at Arlo SoHo, a sleek boutique hotel in Lower Manhattan that first opened its doors in September 2016. Its fraternal twin is Arlo NoMad, named after the second property’s location north of Madison Park, and both spots strive to offer visitors a New York insider experience while testing the limits of the “micro concept hotel.” For example, the SoHo location boasts a rooftop bar, a courtyard for hanging out and a chic, meticulously curated library space for meetings, all of which give the property a relaxed, cool café vibe.

On Wednesday, A.L.B. unveiled a new cocktail list at a launch event scored by a zesty jazz band and supervised by Gary Wallach, the director of food and beverage at Arlo SoHo. The space was punctuated by a smattering of Pop art on the walls, appropriately provided by Manhattan’s Pop Gallery, and as the crowd milled cheerily around the bar, which was swathed in heavy curtains and bathed in deliberately dim lighting, Wallach explained the work that went into nailing down the room’s feel. “Even though the energy isn’t loud, the energy is high,” he said.

The aforementioned cocktail menu is designed to resemble a map of the New York City subway system, only it’s a thousand times less frustrating and less likely to fail you at the precise moment you need it most (anyone who’s ever been late to work because of a 1 train snafu will understand). Bookended by lovely illustrations of the city’s underbelly done by artist Philip Ashforth Coppola, it is elegant in and of itself.

Its cocktails are categorized by neighborhood, so depending what kind of mood you’re in, you can travel via glass between a wide variety of metropolitan vibes. Among the “Downtown” cocktails, the most popular drink of the evening by far was the Italian Ice, a smooth blend of Plymouth gin, El Gobernador Pisco, Italicus Rosolio di Bergamotto Liqueur, clementine, Earl Grey and lime served in a coupe.

Also delicious was the “Midtown” Naked Cowboy (which is such a perfect cocktail name, it’s shocking no one seems to have thought of it before). If you’re looking for a drink with a generous splash of yeehaw energy, you could do worse than this tasty mix of Jack Daniel’s Tennessee Whiskey, peach, cinnamon, smoked applewood salt, lemon and sparkling rosé.

Truly, though, one of the most remarkable things about Arlo SoHo is the bathroom. If you ever just want to spin by for cocktails one evening after work or a heavy day of shopping, don’t miss the chance to inspect yourself in its perfectly calibrated sink lighting. Your Instagram followers will thank you for it. 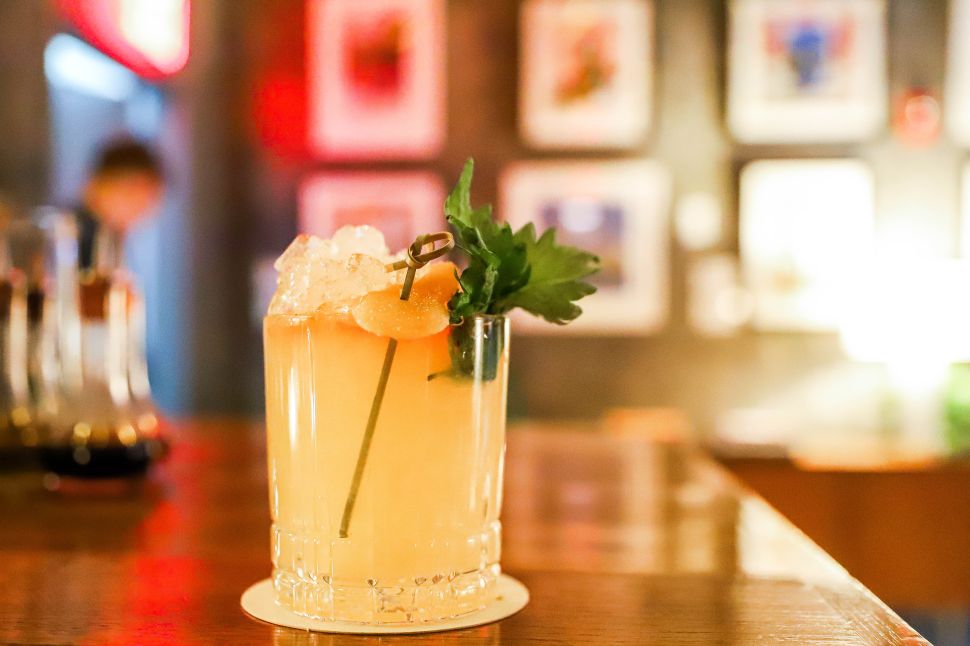