It’s not quite the Italian villa in Call Me by Your Name, but Armie Hammer has still scored big with his new three-story traditional English Tudor in Los Angeles.

The On the Basis of Sex actor and his wife, television personality and bakery owner Elizabeth Chambers, reportedly scooped up a 6,275-square-foot house in the Hancock Park area using an anonymous trust, reports Variety.

The five-bedroom, 5.5-bathroom abode was last on the market for $5 million, so the couple, who have two children, snagged a bit of a discount.

The 0.27-acre property is hidden behind gates and hedges, with plenty of arches, moldings, hardwood floors and stained glass windows throughout. The double-height living room features beamed ceilings and a marble fireplace encased in brick, while the library contains another fireplace.

The kitchen, which opens to a breakfast room, is equipped with stainless steel appliances, white cabinetry and a center island, and there’s also a wood-paneled formal dining room, per the listing held by The Bienstock Group.

Hammer and Chambers can cozy up to yet another fireplace in the palatial master suite, and enjoy its built-in bookshelves. Meanwhile, the bathroom is fitted with a sauna and spa, and one of the spare bedrooms is currently being used as a master closet—which would be the perfect place for the actor to store all those Adidas tracksuits.

Outside, there’s a pool surrounded by stones and a spa with a waterfall, as well as an outdoor dining situation.

We’re assuming Hammer and Chambers haven’t moved just yet, especially since they’ve been jet-setting around the world (their journeys have included a wonderfully documented reunion with Hammer’s Call Me by Your Name co-star Timothée Chalamet). But once they unpack, they should be sure to go introduce themselves to their new neighbors—Hancock Park is also home to Margot Robbie and Shonda Rhimes, who owns multiple houses in the area. 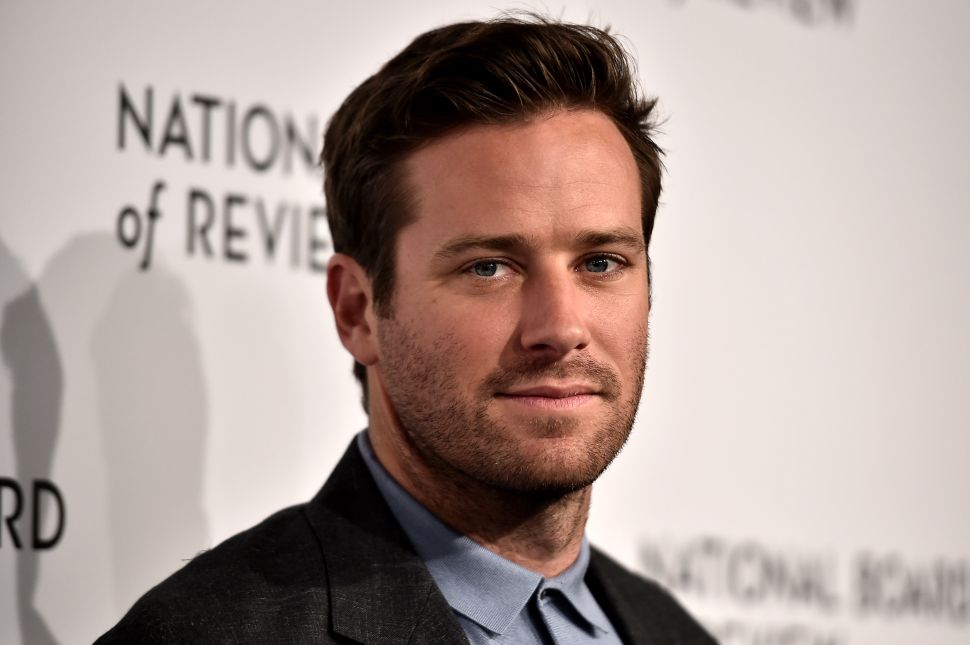