Another compilation anthology comprised of 10 vignettes designed to pay homage to the cities where the stories occur, Berlin, I Love You is an empty, boring flop with some famous faces in bit parts that add up to nothing of any substance. Three previous efforts in this franchise centered on New York, Paris and Rio. Berlin has neither the ambience nor photographic diversity of those other cities, and none of the charm. On a scale of one to four stars, any film with a bit part for Helen Mirren, no matter how small and insignificant, deserves at least one. But nothing else about Berlin, I Love You rates a single mention.

The typically pointless opening narration says “people come to Berlin to drum…dance…and fall in love. And some of them to fly away.” Whatever that means, it serves as a blunt prelude to the turgid nonsense that follows. After he’s jilted by his girlfriend, Jared (the usually capable British actor Jim Sturgess) goes to Berlin to drink himself to death. He buys a talking car named Vanessa. Vanessa won’t let him commit suicide. She follows him in the street, badgering him with the plea “let me show you my Berlin.” So from behind the wheel, he explores the city, from its cafés and bridges to the Brandenburg Gate, and falls in love with a loopy, whining girl who wants to be a movie voice-over artist. “You’ve restored my faith in life,” he says, and Vanessa stops talking and drives away.

Then there’s Keira Knightley as a miserable good Samaritan from London, who’s in Germany to escape reality and who rescues a little Arab boy abandoned by his mother, despite the objections of her own doting mother (Helen Mirren). There is an American girl who allows herself to be picked up in a hotel bar by a lonely, battered old man covered with tattoos (Mickey Rourke) and goes to his room for sex, but when the creep wakes the next morning in an empty bed he discovers, written on the bathroom mirror in lipstick, that she was actually the long-lost daughter he never met. Diego Luna (the Mexican actor from Y Tu Mamá También) plays a transgender woman who meets a 16-year-old boy with sexual identity problems desperate to be kissed by a man on his birthday in order to satisfy his tortured sexual curiosity.

Luke Wilson, as an exhausted actor who has spent two years making a film about the end of the world and doesn’t know what to do for a sequel, has his faith resurrected by a puppet show. A model foolishly travels all the way to Berlin for her big break to find herself abused and molested by the photographer. A female cab driver from Turkey picks up a diplomat who is kidnapped in front his embassy, leaving his briefcase on the passenger seat. Three women gang up on a man in a laundromat in the name of feminism.

There’s more, but the longer it drags on, the more incoherent it gets. Some attempt is made to link the disparate characters together in a sing-along with an Israeli girl who falls for a German mime in the town square. An immigrant hiding out with two lesbians in a brothel might even be the father of the Arab boy hiding out at Keira Knightley’s house, but who knows? Instead of enlightenment, a lot of wasted screen time is taken up by a big dance number that makes no sense at all.

The 10 vignettes in Berlin, I Love You are awkwardly and unconvincingly intersected without any energy or relevance to the city of Berlin. Each segment is written and directed by a different creative team and then stitched together, adding up to a mash-up of styles that lack a clear point of view. The aimless direction without pace is punctuated by long pauses and underdeveloped characters staring into empty spaces. Enough of these benign big-city salutes that open on Friday and close on Saturday night. What’s next? Des Moines, Je T’aime? 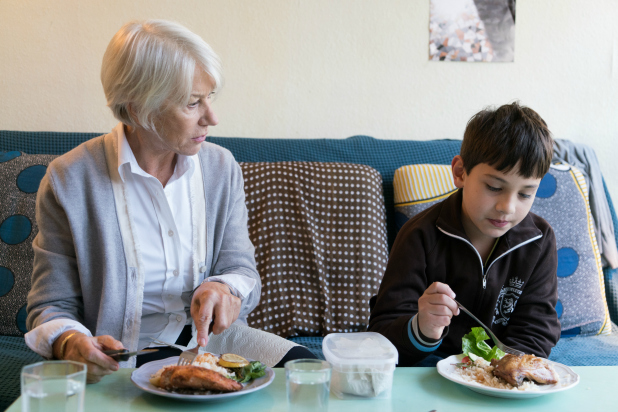