It may be true that Bill Gates‘ massive wealth has its root in the relentless, work-around-the-clock tech startup terrain. But for the rest of his life, all the retired billionaire ever wants is to be remembered as a selfless world improver and the nicest boss on Earth.

For example, his family foundation, the Bill & Melinda Gates Foundation, had arguably the world’s most generous family leave program, offering 52 weeks of paid parental leave—in other words, a full-year away from work.

Until last month. On January 25, after four years of implementing the year-long family leave policy, the Gates Foundation decided it was not working.

“We saw and heard many good things, like wonderful stories of quality family time with a new child and career development opportunities for those who took on a challenging backfill opportunity. But we also learned the program had created some unintended consequences. We received feedback and saw in practice that a year away was more disruptive than we anticipated,” BMGF’s chief human resources officer, Steven Rice, wrote in a LinkedIn post.

The revised policy, though, is still incredibly generous by U.S. standards., which doesn’t have a national paid family leave policy.

The Gates Foundation now offers 26 weeks of parental leave and, to make up for the shortened six months, a $20,000 stipend. That’s worth up to 30 percent of an employee’s annual salary, depending on positions, according to Glassdoor.

“It is taxable income, but there are no conditions,” the Gates Foundation spokesperson Jason Hunke told CNBC last month.

The Gates Foundation enacted the year-long family leave policy in 2015. The foundation’s co-chair and Bill Gates’ wife, Melinda Gates, said she hoped the program would set an example for other American companies to expand their benefit packages.

“In the U.S., women do five years of unpaid labor their husbands don’t do. We do 90 minutes more a day: make the school lunch, help with the homework, fix the breakfast, drive them to school,” Melinda Gates said at the 2015 United Nations General Assembly in New York.

When a new mom or dad goes on leave, the Gates Foundation would hire a replacement for what’s called a “backfill position.” But the company soon found that once such replacement roles reached a certain number, it made it impossible to get work done.

“For example, backfill positions had a ripple effect across the organization, in some cases extending two or three layers deep … once we backfilled the role of an employee going on leave, we often needed to find a backfill for the backfill,” HR chief Rice wrote. “On one team, 50 percent of the staff was either on leave or staffed by those in backfill positions, making the regular work of the foundation far more difficult than expected.” 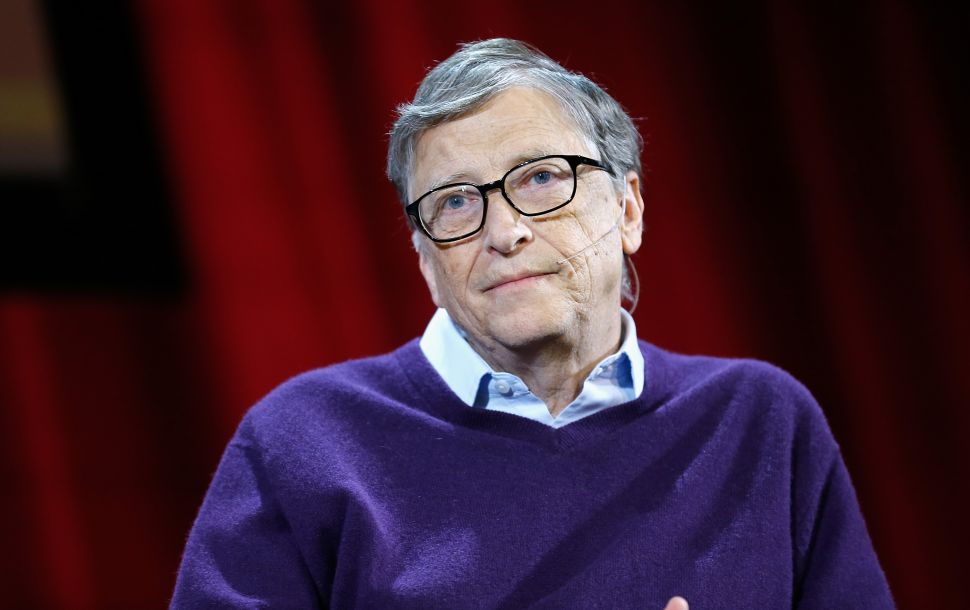