Retired Microsoft founder Bill Gates isn’t afraid of answering pointed questions from the internet. In fact, it has become a yearly tradition for him to do so via his Reddit “Ask Me Anything” every February. On Monday, the 63-year-old tech titan hosted his seventh AMA, where he was hit with all kinds of questions ranging from what’s the greatest threat to humanity at this moment to his favorite prime number. (The answer is 2.)

A notable theme in this year’s Q&A, though, was money. Several participants asked Gates, once the world’s richest man whose wealth currently stands at $97.7 billion, in various ways how he feels about this massive fortune—Is it a source of happiness or a burden of guilt?

The short answer was probably both. When asked what’s the most luxurious, “treat-your-self” thing he owns, the first thing that came to Gates’ mind was his famously extravagant home.

“I have a nice house. It includes a trampoline room which seems kind of over the top, but my kids love using it to work off their excess energy,” he said. “I am not sure how guilty I should feel about being in a great house.”

In case you haven’t heard, that “great house” is a truly insane home by most people’s standards.

The Gates residence located in the suburb of Seattle, famously known as “Xanadu 2.0” (named after the fictional home of Charles Foster Kane in Citizen Kane), has been a subject of interest to the public for years. Other than the trampoline room—which had been all but an urban legend until Gates confirmed its existence yesterday—the massive house also features an indoor pool with an underwater music system, an artificial stream stocked with fish and a beach with sand imported from the Caribbean, as recently revealed by Business Insider.

The 66,000-square-foot mansion is believed to be worth at least $127 million today. (Gates purchased the lot for $2 million in 1988 and reportedly spent $63 million to build the actual home on top of it).

“The other thing is that I sometimes use a private jet,” Gates added. “It does help me do my foundation work but again it is a very privileged thing to have.”

All in all, more money does make a person happier, Gates reckoned, although he doesn’t believe that it should take a billionaire status to find happiness.

“I don’t have to think about health costs or college costs. Being free from worry about financial things is a real blessing,” he said. “Of course, you don’t need a billion [dollars] to get to that point. We do need to reduce the cost growth in these areas so they are accessible to everyone.”

And beyond life necessities, such as healthcare and education, one should also seek happiness in small, non-material things in life, Gates suggested.

“Some recently said that when your children are doing well it really is very special, and as a parent, I completely agree,” he said. “Sometimes following through on commitments to yourself, like doing more exercise, also improves your happiness.”

No doubt about that, if the exercise is done in a trampoline room. 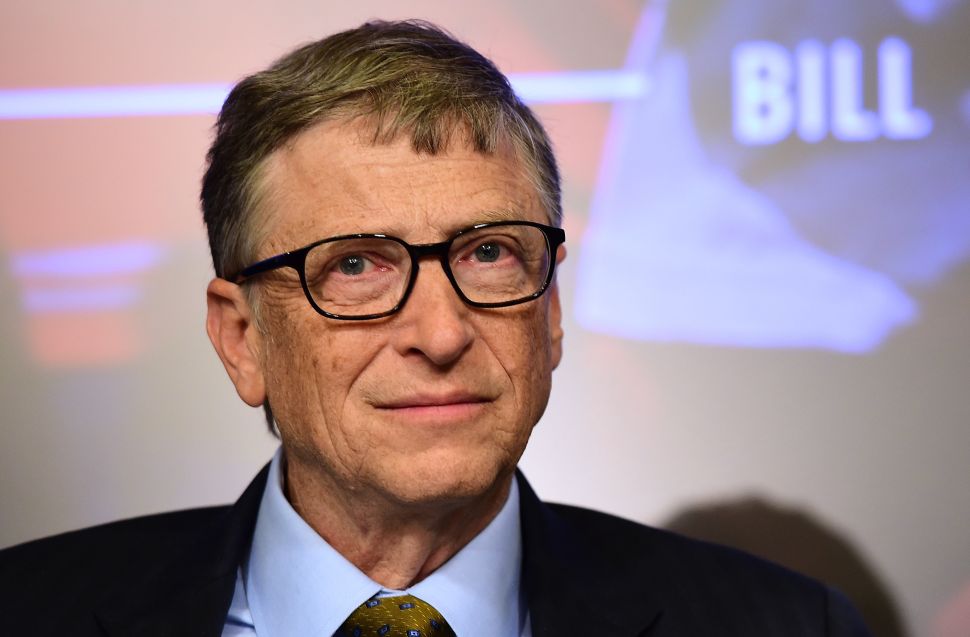