President Donald Trump said Republicans will be “looking for land mines” in an immigration package put together days ahead of Friday’s government shutdown deadline.

“We’ll be getting it, and we’ll be looking for land mines,” Trump told reporters at the White House on Wednesday. “I don’t want to see a shutdown. A shutdown would be a terrible thing.”

Speaking to The Washington Post, a White House official said the president views a deal on immigration as a way to avoid another shutdown. Bipartisan negotiators on Monday, however, did not agree to Trump’s requested $5.7 billion for 234 miles of steel wall along the U.S.-Mexico border—allocating just $1.365 billion for 55 miles of border fencing. The official told the publication that Trump is prepared to use an executive order to authorize barrier projects.

“We have options that most people don’t understand,” said the president.

Despite Trump’s bluster in striking a deal favorable to his base, Democrats are also confident of a bipartisan compromise.

“I think we’re in a pretty good place,” said House Speaker Nancy Pelosi (D-Calif.) on Wednesday, despite pieces in the legislation many in the Democratic party see as concessions to Republicans.

In addition to border fencing, the package will increase the total number of detention beds maintained by Immigration and Customs Enforcement (ICE), while providing the agency billions more in funding.

The House and Senate are expected to vote on the legislation later this week. 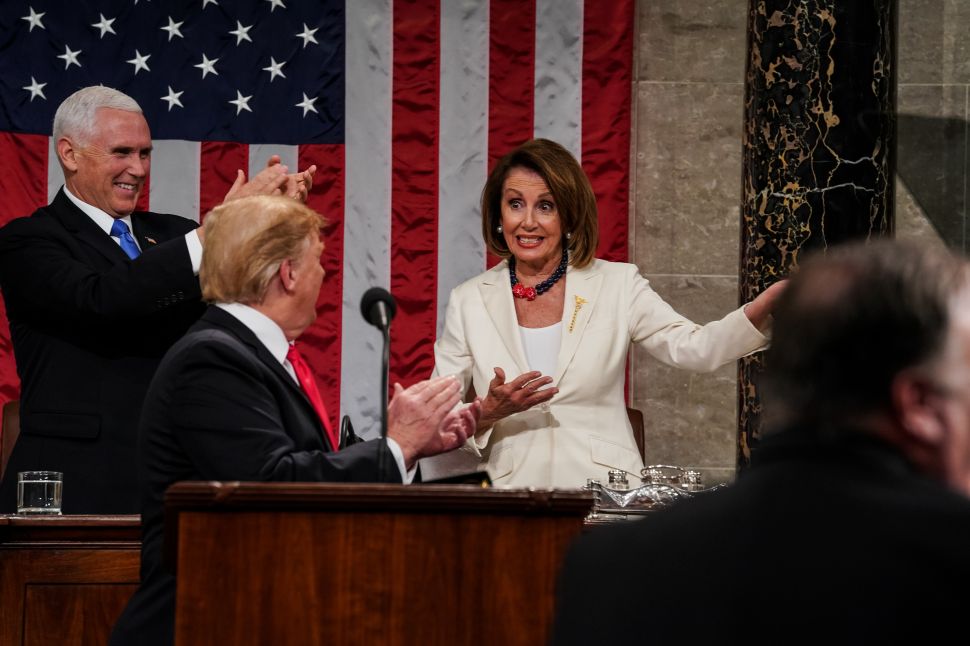