Hardly any news source will tell you what President Donald Trump said in El Paso, Texas, or what was said at the counter-rally led by former Congressman Beto O’Rourke just a short distance away. Everything seemed to be about numbers… how many showed up to each event. But are these the numbers that we should be focusing on?

A Preoccupation With People at Political Events

“It looks like Beto only had 900 people at his March, Tiny!,” tweeted Brad Parscale, campaign manager for Donald Trump in 2020. “@realDonaldTrump has over 35000 in attendance. 8000 inside and tens of thousands outside. Stretching into the surrounding streets. 70000+ RSVPs, hard to get everyone here. #winning.”

The El Paso Fire Department contended that not that many supporters for Trump could make it inside the El Paso Coliseum. Meanwhile, those I know from El Paso who went to the O’Rourke rally said there were far more than 900 attendees, and showed me photos which backed up their story. The El Paso Times confirmed that the O’Rourke crowd was in the thousands, with pictures as evidence. Further estimates show the “March for Truth” attendance to be between 10,000 and 15,000.

Another friend claimed she had seen a tailgate where thousands of tickets for the Trump event were being handed out. “A lot of El Pasoans were not happy about what Trump said in the [State of the Union] about El Paso,” she told me. A Georgian told me how a friend showed up to get tickets, but to boycott the Trump event. It looks like thousands more locals and even non-El Pasoans were there to fill in the gaps. A conservative neighbor of mine in small town Georgia openly wished she could be at Trump’s rally.

It seems as though, with the focus on crowd sizes, that we’re missing the point. It’s similar to the Cold War, when athletes from the USA and USSR would list different times, different heights or other different accomplishments, each trying to post numbers to outdo the other, even though none of this would win the Cold War, of course. And if a president’s campaign manager is arguing the chief executive can outdraw an unemployed politician, the battle is already lost.

What would be better to do is to look at the real numbers for border security, not crowd attendance.

More friends from my days in El Paso were unhappy with Trump’s characterization of their town. But while some were mad enough to attend the counter-rally, others were reluctant to criticize the president. They thought his State of the Union contained some “mistakes” about El Paso and hoped he would eventually learn the truth about their town. Others didn’t show up to the counter-rally, even though they wanted to, because they didn’t want to be seen as insulting the president.

Whoever wrote that part of the State of the Union address about El Paso has been disproven by a host of fact-checkers, as well as my own research. That person either needs to be reassigned, or that source should be ignored from now on. Parscale’s obsession with inaccurate crowd numbers should likewise be called into question.

Trump lost El Paso in the last election by more than 40 points. If he wants to win Hispanics in general, and El Paso in particular, the president needs better numbers to focus on. He needs to figure out who is giving him the good data and who is making him look bad at the start of his reelection campaign, cutting ties to those political operatives and getting that border deal done. 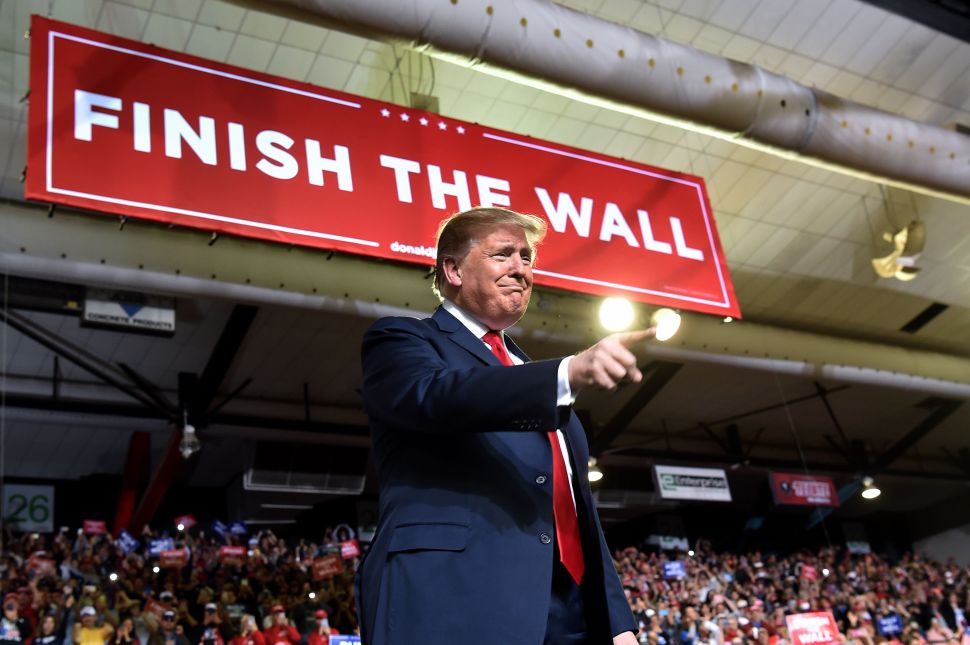