Valentine’s Day is a fraught holiday propped up by the industrial romance complex. The spirit behind it tends to be smothered by commercialism which is why Galentine’s Day—originating in a 2010 Parks and Recreation episode—offers a joyful celebration without the need for any vicious pairing off. Rejecting staid notions of love, Briallen Hopper’s new collection of essays Hard to Love: Essays and Confessions arrives at just the right time. It’s an incredibly thoughtful examination of the various ways we depend upon others, through an expansive and engaging look at love outside a traditional romantic sphere.

Beginning with a galvanizing essay titled “Lean On,” Hopper dismisses the American myth of self-reliance. “Independence, to me, is nothing but a dangerous delusion.” Hopper calls out critics of companionship. By reexamining the overarching philosophies of literary icons such as Ralph Waldo Emerson and Joan Didion, Hopper finds little comfort in their adoration of the solitary life. Instead, she muses, “I don’t believe my solitary self is my truest self. I’m not even sure that my solitary self exists at all.” She goes on to consider, “To do without the illusion of independence is to be given a new vision of our painful past through the filter of friendship.” Her refreshing take on lone wolves makes room for one to find strength in numbers going so far as to reclaim the word “’Codependence’” as “a beautiful word that could mean mutual support but instead means mutual harm.” Those unafraid to lean on others are less likely to break during the storms of life.

From this audacious starting point, Hopper examines the unsung ways that we support and encourage one another. Her essays track from nursing a friend through chemo, the television program Cheers, her overbearing religious upbringing, J.D. Salinger’s Glass family, Flannery O’Connor, Moby Dick, the complicated feelings surrounding the Women’s March, roommates, sisterhood and the possibility of becoming a single mother. Throughout the book, Hopper applies a careful eye. She’s never quick to lay judgment, but instead approaches her subjects with incredible empathy—the mark of one who doesn’t assume her view is the only one worth banking on. In conversation, she remains a lively force in pursuit of connection.

Talking with the Observer about the search for love and connection beyond the marriage plot, Hopper confesses, “Over time the single versus partner binary has become so much less important to me.” How often is coupledom an overrated institution, leaving you more lonely than you would be on your own? “It has repercussions for things like taxes and adoption, but leaving the legal stuff aside, I have a couple friends going through the ends of marriages right now. Being single or partnered is not necessarily a permanent state.”

Hopper isn’t afraid to draw attention to the truth behind society’s conventional wisdom. “We move through these experiences. Being married doesn’t solve the problem of intimacy or dependence, it just presents you with a new set of circumstances. So you still have to figure out ‘What’s my emotional world? What’s my network of support?’ It’s not actually really sustainable to define your life in relation to one person whether you’re single or partnered.” These questions get at the heart of true connection and allow for their answers to surface in places other than the sanctity of marriage.

Her ability to touch upon prescient topics includes the renewed obsession with home goddess Marie Kondo. In an essay called, “Hoarding,” Hopper talks about the storage unit where her parents deposited her childhood belongings. A burglary at the facility prompts her to sort through these once treasured items. It’s an experience that offers a new perspective. “Like hoarding, writing is a compulsion and a burden, but it’s also an archive, a hope chest, an endless reserve.” Hopper considers further connections while talking with Observer. Dispelling some of the shame of holding onto the past and projecting into the future, she says “People always talk about the value of living in the present as though living in the present is the best possible thing you can do. Obviously the present is one of the places we live. It’s important to be here, but I just don’t know how to live in the present without also trying to live in the past and future as well.” She offers a more forgiving assessment, considering, “One of the ways that hoarders think is that they’re holding onto things because they’re very acutely aware that they need to maintain a sense of who they used to be, the other people, and memories in their life. That’s very important to their identity. They’re also holding onto things because they imagine the ways they’ll be useful in the future, going forward. Not just a way of holding onto memory, but imagining that things have uses you can’t anticipate.”

Zeroing in on the crux of the issue, Hopper reflects, “I think there’s something about that sense of living with the intention to stay connected to who you used to be and who you’re going to become, in past relationships, future relationships, that’s really meaningful to me.”

That deep sense of meaning is felt throughout Hopper’s work as a writer, but also as a teacher and academic. Hopper found her way into more popular essay writing for the Huffington Post and the Los Angeles Review of Books after the 2008 academic hiring freeze put a halt on her academic career. She confides, “When I first started, I had no idea that it would turn into a different writing career. It was just a way of expressing myself and staying connected to writing when one career path fizzled out.”

Her embrace of serendipity could appear fearless, but adjusting to change is not without its cost or the need for hard work—personally and professionally. After years of teaching writing as an adjunct at Yale University, Hopper is now an assistant professor of creative nonfiction at Queens College, CUNY in New York City. Her dedication to teaching and writing has yielded plum rewards. Yet she reflects, “There’s been different processes of letting go and holding on, which is something I write about in the book—in some ways related to hoarding—but I think that I took for granted, the way that a lot of people take for granted, that you want to find a partner and you want to have children.”

Despite her desire to live on her own terms, she faces the challenge of time and the undeniable fact of biology. “My twenties were in some ways about letting go of the hope of a partner and finding a different way to imagine love. I think I may need to let go of having a kid in a certain way and I think that there have been times in my life where I felt that would be too hard to ever accept. And now I feel that no matter what happens with the fertility process, I already have a family, and one way or another I will continue to have a family.” It’s certain that her discerning eye and profound empathy will make this possible. Hopper’s ability to reimagine and celebrate the ties that bind us are something to celebrate this Valentine’s Day. 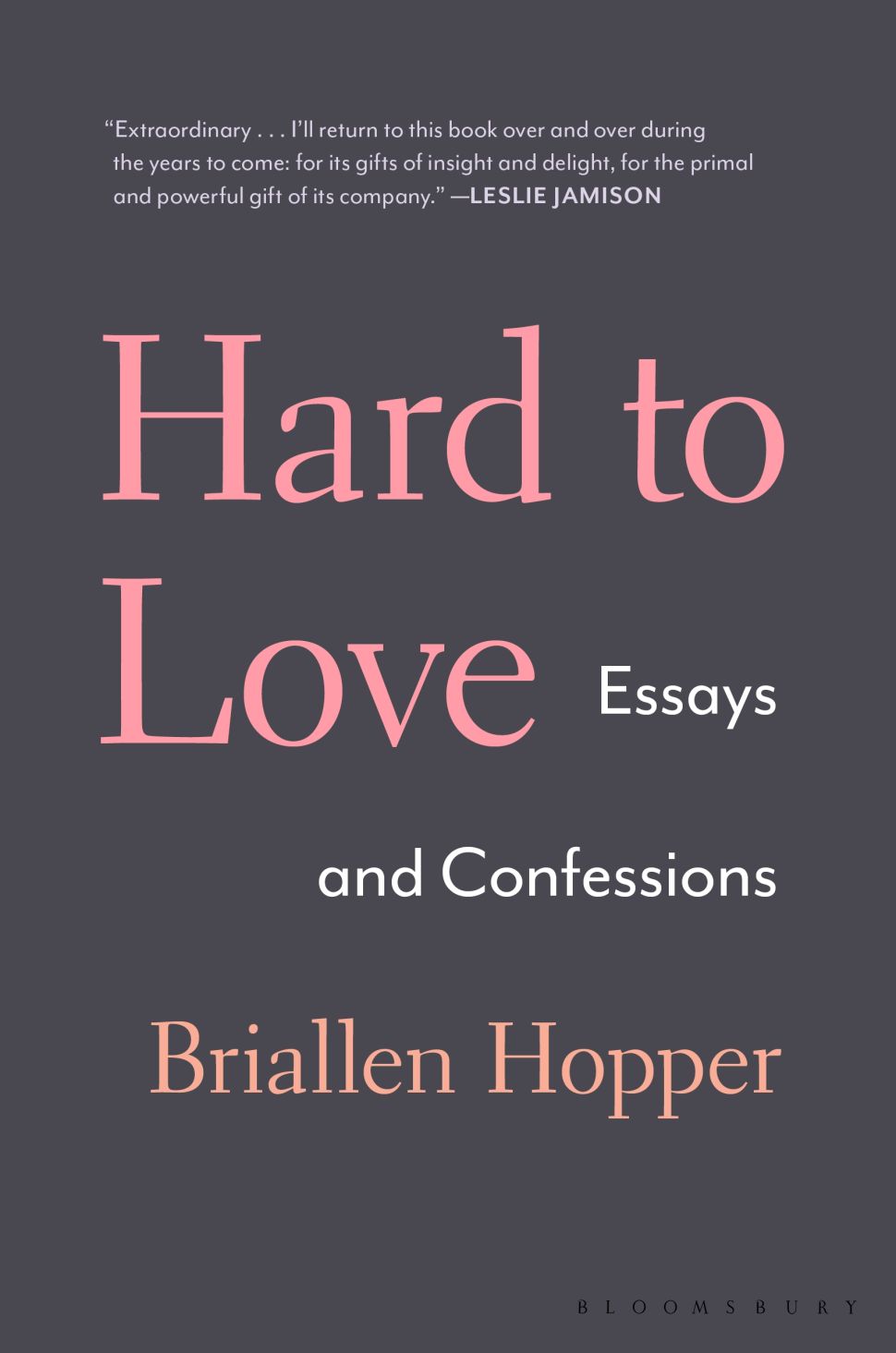