If it feels like Brian Tyree Henry was everywhere in 2018, that’s because he was. The 36-year-old actor asserted his dominance in eight different projects last year, dabbling in what seemed like every genre. Experimental prestige television? Atlanta and Room 104 are about as eclectic and electric as it gets. Elevated genre filmmaking? Widows helped make the adult-skewing drama cool again. Blockbuster entertainment? Henry lent his voice to the remarkably cutting-edge animated hit Spider-Man: Into the Spider-Verse.

While Atlanta is taking the year off, Henry already has multiple upcoming films lined up, including a role in this summer’s highly hyped Child’s Play remake, the trailer for which dropped this past Friday. The reason he’s so in demand? Because every time the man gets in front of the camera, he makes his presence memorable, infusing each performance with just the right touch of gravitas and authenticity, fury and restraint. We are witnessing the development of a star, but not in the way you might think.

In today’s Hollywood, true movie stars are all but extinct—Dwayne “The Rock” Johnson may be the last of a dying breed. First billing has become fraught with polarizing division and tense studio relations—just ask Henry Cavill and Chris Pine. When a film fails, more often than not the fallout seems to crater around its lead. These days, it may be safer to go the Jake Gyllenhaal route and become a “leading character actor,” as Polygon’s Karen Han recently described him. That’s the path Henry seems to be taking, and the early returns are encouraging and fascinating.

Studios don’t seem to view Henry as the next Will Smith or Tom Cruise. For one, he’s husky, with a buzzing baritone trombone of a voice. Something tells us he won’t be saving the world from aliens or avenging the innocent as an Old Man Action Hero anytime soon. That’s not to say he isn’t capable of carrying whatever gets tossed at him—it’s just that his gentle and regulated power has proven remarkable in pinch-hitting duties.

Take director Barry Jenkins’ If Beale Street Could Talk, for example. Despite revolving around the relationship between Kiki Layne’s Tish and Stephan James’ Fonny, the film hits an emotional peak in Henry’s one extended scene. As Daniel, a friend of Fonny’s who was recently released from prison for a crime he didn’t commit, the actor is simultaneously bursting and withholding his easygoing charm and sharpened fear.

“What I love the most about it is the way Stephan and Brian start off almost as though they’re cotton candy in the air,” Jenkins told Vulture last month. “They’re just so happy to see each other. Over the course of, it feels like 30 minutes, but it’s really over the course of 11 or 12 minutes, they just peel back every single layer there is, until really just the brutal, pained, prickly, vulnerable side of themselves is the only thing left.”

Henry isn’t a vessel for ready-made plot lines or escapist adventures—he’s a truth-teller. Existing on the fringes of mainstream consumer tastes allows an actor more flexibility and freedom, and Henry is especially dexterous and malleable. There’s something elementally terrifying about him threatening Viola Davis’ dog in Widows that extends beyond our fear of puppies being harmed. Conversely, his turn as a caring and loving father in Spider-Verse is so natural and artless, you can’t help but second-guess his villainous work as nothing more than a hazy dream. He was the 2018 equivalent of 2017 Michael Stuhlbarg, a beloved character actor long overdue for wider recognition.

In Atlanta, Henry offers both an endearing grin and a sinister smile as up-and-coming rapper Alfred, a.k.a. Paper Boi, a wild card who shoots an unarmed man in the pilot, yet goes on to reveal a deep reservoir of sadness and relatability over the course of the series’ two seasons. That he becomes its metronome, keeping its rhythm at a steady emotional pace, is a testament to the show’s writing staff, of course, but also to Henry’s craft. Alfred is trapped in a constant push-and-pull—he longs for the fame, money and cushiony comfort of celebrity, but struggles with his need to be true to his roots. You get the sense that the actor could soon be facing the same conundrum (if he isn’t already).

And Henry’s trajectory shows no signs of slowing down. This year he’ll not only star in the reboot of the slasher classic Child’s Play, which gives him frontline access to one of Hollywood’s most consistently bankable genres, but also appear in the Christmas comedy Superintelligence alongside Melissa McCarthy, Bobby Cannavale and James Corden. (Despite the seriousness of his many roles, Henry has shown he also has a knack for comedic timing and a reactionary flare.) In 2020, he’ll lead The Outside Story, about an introverted editor forced to confront the world he’s been avoiding, and co-star in the monster blockbuster Godzilla vs Kong, which should provide him with a whole new kind of exposure.

In Henry, we may not be witnessing the rise of a supernova. But damn if he doesn’t light up the screen every time he’s on it. 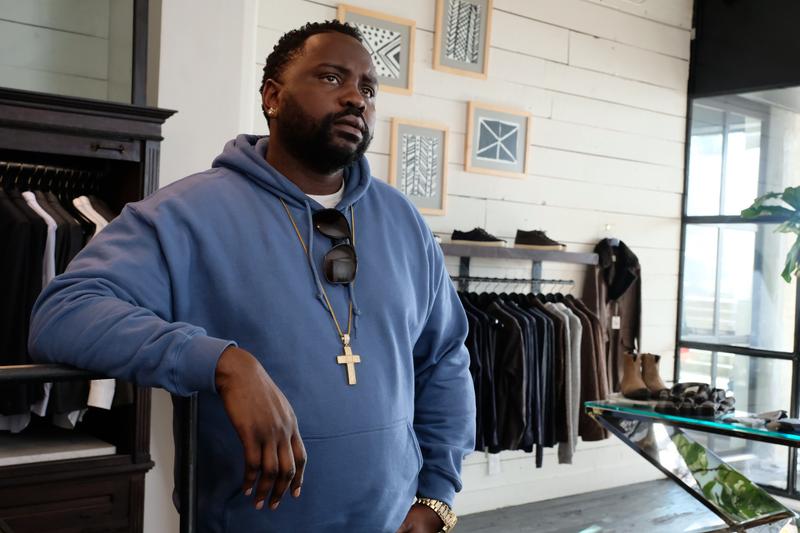