Throughout its two-network life span, Brooklyn Nine-Nine has endeared itself to fans through charming characters, zany humor and running quirks and gags that make the little-watched but much-loved police comedy feel like an inside joke. While the series has proven capable of tugging on the heart strings and supplying a heaping helping of thematic storytelling, it has largely steered clear of more serious real-world issues that other sitcoms occasionally like to tee up.

But that changes this season as Stephanie Beatriz—who plays the brilliantly dark Detective Rosa Diaz—makes her directorial debut for an episode tackling the #MeToo movement. In a recent interview with Variety, Beatriz discussed what her goal was in addressing a heavier topic in such a light-hearted series.

“Especially in comedy, we need to focus down into what the moment is supposed to be and how truthful we can make it, and that is what I wanted to do on-set that week,” she said. “And particularly the scenes that were more emotional—there was a good chunk for Melissa Fumero [who plays Sgt. Amy Santiago] that was painful because all of us have had an experience like that, that’s the core of #MeToo—literally every woman you know has had something shitty happen to her.”

Beatriz added, “So to create a safe environment for that actress to draw from her own experience and draw from her imagination and feel free and safe in a work environment to create that work, for someone who has mostly focused on comedy in the last few years, I was so excited to give that to another actress because that’s all that I would want.”

Brooklyn Nine-Nine was canceled by Fox last year after five well-reviewed but underwatched seasons. Within 24 hours, amid an outpouring of love (including from celebrity fans such as Lin-Manuel Miranda and Mark Hamill), NBC swooped in to rescue the series. With its new lease on life, the show seems to be expanding its scope. 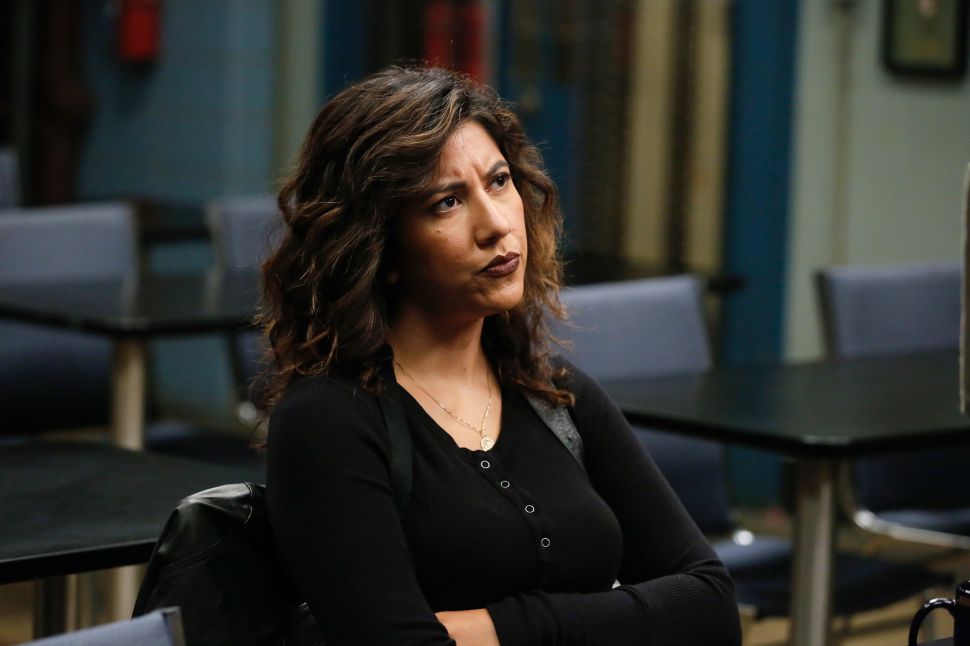