If you’ve been anywhere in public that requires a bit of a wait—travel, commuting, waiting room at a doctor’s office—you’ve almost certainly come across someone playing Candy Crush Saga. If you don’t think you have, chances are still good that you, in fact, have. It’s a game played on smartphones that looks something like a cross between Tetris and a Las Vegas video slot machine. You may have even heard it when played by a socially awkward person who doesn’t have the courtesy to turn the sound down (but that’s a story for another day).

If you haven’t run into a Candy Crush-playing human, well, you’re in the minority (or more likely, a liar). That’s because Candy Crush Saga (not to mention its variants) is, by far, the most-popular mobile game in the world right now.

Of all the apps that people logged into last year via Facebook, Candy Crush Saga was the third most-popular behind only music-streaming app Spotify and picture-sharing network Pinterest.

But wait, there’s more: out of all of the apps of 2018 (including Tinder and YouTube) that require you to log in, three versions of Candy Crush (I’ll get to that in a moment) made it to the top-10 list. That’s 30 percent of the world’s 10 most-popular apps. No other app in the world can claim that kind of dominance for our attention and time, Facebook included. 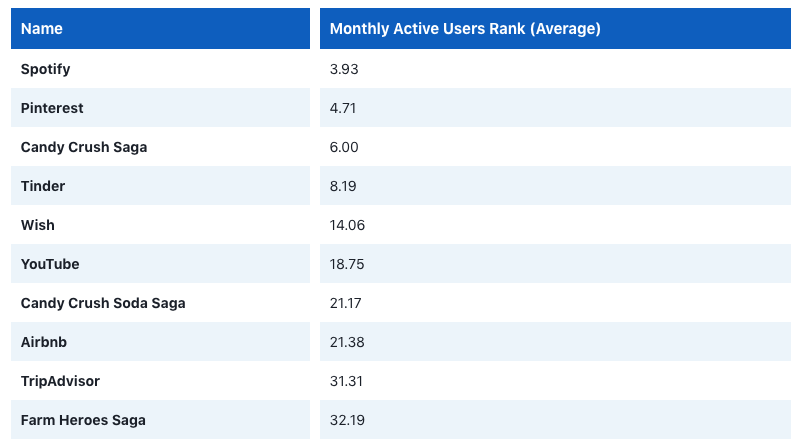 Candy Crush is the most popular game of all time on Android smartphones (beating out Angry Birds and Pokémon Go, among others). It pulls in close to $200 million in revenue per quarter. According to market analyst Sensor Tower, players of Candy Crush games spent an average of $4.2 million per day in 2018, up 6.5 percent from 2017. The franchise has made King $1.5 billion so far, and 230 million people jumped on the game in 2018—that’s a 17 percent increase over 2017.

So Why Is Candy Crush So Popular—and Is It Bad for Us?

Candy Crush is, in short, the greatest boredom-killer in human history. It’s perfectly engineered to be easy to get into, satisfying to stick with and addictive as hell. It’s less imminently dangerous than cigarettes, it can be done anywhere, and when you’re doing it, you’re not bothering anyone else (as long as you have the sound off).

Candy Crush eats up what Adam Alter calls “time slack”—five hours or more time per day that doesn’t need to be spent doing anything else. Alter is an NYU associate professor who speaks about addictive behavior and incessant smartphone use. He’s also author of the book Irresistible, which considers why so many people today are addicted to things like Candy Crush.

“Most people don’t have five hours,” Alter told Observer. “That very limited time should be spent on other things, more ‘profitable’ things. The opportunity cost is high. If you have a job, a family, loved ones—you will be doing less of those things if you spend a huge amount of time playing Candy Crush. Candy Crush is a very isolating experience.”

That all sounds obvious at first: don’t play so much, pay attention to your family and those around you, and make some time to interact. But for anyone who has had to make his or her way around a Candy Crush zombie on the subway, it’s pretty clear that a lot of people are indeed playing too much.

Not only are three versions of Candy Crush among the top-10 most popular smartphone apps used, but  game developer King is making more. On its website alone, King lists 11 versions—11!—of its Saga games, from AlphaBetty Saga to Scrubby Dubby Saga.

And they’re all virtually the same game with different visual “skins” laid over an addictive engine that Alter says is near perfect in the way that it sucks up time by tickling what he refers to as the human brain’s reptilian reward center.

Many Candy Crush addicts have multiple versions of the game on their phones—hence the reason that three versions of the game are among the top-10 used—because if you play too long or lose too much, it times you out. Instead of putting the phone down, players simply load up another version and play that one until the timer runs out. Or, if they must get back in for the next big win, they can, of course, pay real money for continue tokens.

“It’s like when the supply of one drug dries up, you turn to a substitute,” Alter explained.

But Why Is It Drug-Like? What Makes Candy Crush So Addictive?

“Humans hate leaving goals incomplete,” Alter continued. “That’s why we complete reading books we don’t enjoy. That’s why we spend huge amounts of time playing games so that we can complete them. Completing those games gives us a sense of mastery.”

“Games like Candy Crush reward you with goals, so you feel good about yourself. The designers of these games, though, create moving goals so that just when you reach one, there’s another.”

Alter went on to explain that Candy Crush’s moving goal design reflects Zeno’s paradox: no matter how often you move halfway toward a goal, you will never reach it. As players get closer to the goals of Candy Crush, for example, the developers just add more levels, or they push players to another, very similar game that presents a whole new series of goals.

It’s not just goals that tick people’s addictive fancy, though. The games are unpredictable in the way that they reward players, much like slot machines, and if you’ve ever seen a slot machine addict spend an entire night spinning wheels to no end, you know what this behavior looks like.

Candy Crush, in essence, makes play pleasurable with small rewards as players move toward moving goals. Occasionally, players are rewarded with cascading goal completions (or a payout, if we’re talking slot machines), making them think they’re getting somewhere and making them want to play more. Just one more spin.

“It hits something,” Alter explained. “I’m not sure what it is, but it makes you want to play more.”

Alter assured me that anyone—including himself—is susceptible to Candy Crush’s seductive embrace. But neither he nor I have fallen prey.

In fact, I’ve always loved video games, especially long, epic adventures like the Uncharted series on PlayStation or Zelda on Nintendo consoles. But I’ve never been a big mobile game player, especially those on my smartphone. When I’m commuting on the New York subway, for instance, I spend my time reading or zoning out to my favorite music. For whatever reason, gaming on my phone just isn’t my thing. No mobile game has hooked me.

But that doesn’t make me any better than those who play Candy Crush. It just means that I know how it works, and I know when to put the phone down.

Alter insists that Candy Crush, on its own, isn’t a bad thing. We’re not talking about cancer from cigarettes or liver disease from alcohol here. But he does warn that too much can lead to destructive results, just like any other addictive behavior that seeks to eat up your slack time.

He cites four major dangers to look out for: if playing the game hurts you financially (i.e., you’re playing it instead of working), socially (you’re playing it when you should be with family or friends), psychologically (it makes you feel anxious), or physiologically (you’re spending the day on the couch looking for that next level), it may be time to put the phone down.

In 2013, (yes, Candy Crush has been around that long), TIME reported that in a survey of 1,000 players, 32 percent ignored friends or family to play the game; 28 percent played during work; 10 percent got into arguments with significant others over their play time; and 30 percent admitted they were addicted.

But, for now, it’s just another time waster, for those who have the time. 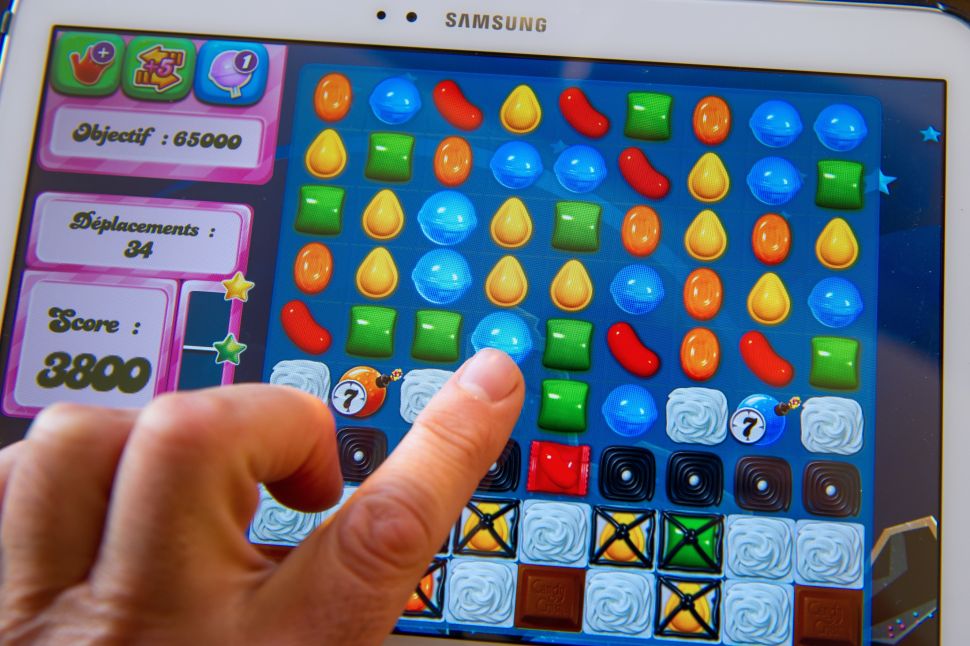