The film hasn’t even hit theaters yet, but “fan” campaigns calling for the boycott of Captain Marvel have already popped up across the Internet for a number of reasons—none of which are worth exploring. Instead of giving ink to that misguided hate, let’s focus on the more level-headed moviegoers who have seen the film and shared their reactions now that Disney has lifted its social media embargo.

For those who don’t know, Captain Marvel is a Marvel Cinematic Universe prequel of sorts, taking place in the 1990s as Carol Danvers (Brie Larson) finds herself caught in the middle of a galactic war between two alien races: the Kree and the Skrulls. Since the character was teased in the post-credits scene of last year’s Avengers: Infinity War, and given that this is the only MCU feature set to arrive in 2019 before April’s Avengers: Endgame, it is believed that Captain Marvel will play some sort of role in setting up and/or connecting to the upcoming final chapter. Hell, Samuel L. Jackson even gave away a potentially massive spoiler during the promotional tour. We’ll just have to wait and see how all of that plays out.

In the meantime, you came here for first reactions and mini-reviews, so here they are:

#CaptainMarvel has a great ‘90s sci-fi vibe w/ a tone unlike any other Marvel movie, really. It’s retro & trippy, mysterious & dorky. It’s funny in surprising places & badass in all the right places. It remains entertaining because it’s always changing. It’s got the right stuff pic.twitter.com/o7AvqYY63x

#CaptainMarvel is (takes deep 90s breath) TOTALLY AWESOME. Never related to a Marvel character quite like Carol. She’s the stubborn witty 90s kid I like to think I am. pic.twitter.com/H6Q9s90KHA

Fans of #CaptainMarvel comics are going to love the movie. Plain and simple.

I’m really hoping Skrulls will be the Infinity Stones of the MCU going forward. Ben Mendelsohn is awesome and so is the whole shapeshifting concept. #CaptainMarvel

CAPTAIN MARVEL isn’t what I expected based on marketing. It’s pretty much an “all in” cosmic space movie. Also, it’s a lot weirder than I expected. Ben Mendelsohn is awesome as Talos.

And not wacky weird like the GOTG movies. Think more “Rey snapping into endless mirrors” from The Last Jedi type scenes. Also, finally, the MCU and a Nirvana song come together (as Kurt Cobain wanted)

Captain Marvel is a blast! Has some cool surprises that I definitely didn't see coming, and the mystery/origin it weaves is engaging and fun. Brie Larson is awesome, and makes a fantastic first step into the MCU #CaptainMarvel pic.twitter.com/oqrRtgDQrp

Really loved #CaptainMarvel. It’s a little wobbly at times but only because it’s so ambitious. It’s beautifully constructed, hilarious and offers tons of surprises. @brielarson obviously rules but Ben Mendelsohn is the surprise MVP. pic.twitter.com/yQLQGl2Yt0

#CaptainMarvel is pure joy. I cannot wait for the generation of little girls who will grow up with Carol Danvers as a hero.

Captain Marvel is everything that I hoped it would be. It feels completely unlike any other Marvel film. A unique and fresh take on an origin story that feels new. Brie Larson is fantastic as Carol Danvers. This is one of my favorite Marvel movies of all time. #CaptainMarvel pic.twitter.com/0ou7HU93MY

#CaptainMarvel is a welcome addition to the #MCU. The movie is really well done with some great moments. #benmendelsohn steals almost every scene he's in. @brielarson literally shines in the role. So ready for #AvengersEndGame pic.twitter.com/GET0socRjl

Realized something half way through #CaptainMarvel…the de-aging technology being used has become so seamless that I forgot it was being used. We are on the precipice of something both exciting and scary. Can only imagine what Scorsese will do with it in 'The Irishman'. pic.twitter.com/JvYbobhoXp

Its very different than most of the MCU films and so very 90s. It's funny and fun and super empowering. It made me feel proud to be a woman.

We are in full support of a banging ’90s soundtrack.

Industry observers and fans alike have been quick to compare Captain Marvel, the first female-led standalone MCU blockbuster, to Wonder Woman and Black Panther as a touchstone of mainstream representation. But it might be unfair to assume the film will do similar business at the box office as those two behemoths. Wonder Woman lassoed in $821 million worldwide, while Black Panther leapt to $1.3 billion. Given the mostly positive responses to the film above and Marvel’s track record, it wouldn’t be a surprise to see Captain Marvel draw huge numbers. But even if its final tally is closer to Doctor Strange ($677 million) or Guardians of the Galaxy ($773 million), that would still constitute as a success.

If the film inexplicably underachieves, there is a chance Marvel might reevaluate its post-Avengers future. Lucasfilm, which is also owned by Disney, made the surprising decision to halt its anthology series following the disappointing Solo: A Star Wars Story, so anything is possible.

“If Captain Marvel doesn’t have the same type of success, you might sense a bit of anxiety,” Kendall Phillips, a Syracuse University professor and pop culture expert who teaches Rhetoric of Film: Marvel Cinematic Universe, recently told Observer. 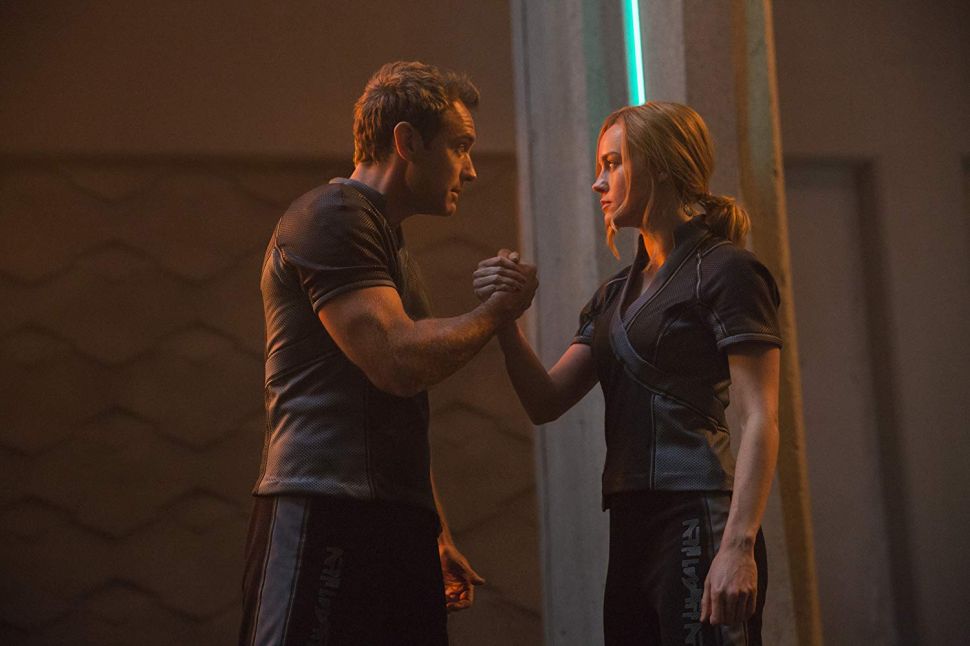