Grammy-winning singer Carrie Underwood is ready to bid a final farewell to her Brentwood, Tenn., abode. Underwood purchased the four-bedroom, five-bathroom house for $1.36 million back in 2007, before she met her now-husband, former professional hockey player Mike Fisher. From the looks of it, Underwood doesn’t have much packing up to do.

Indeed, the house, which Variety first spotted on the market for $1.45 million, isn’t exactly overflowing with decor, at least not from the listing photos. While some of the spaces still contain furnishings, like a dining table, kitchen chairs and a few beds, it’s pretty clear that Underwood and Fisher haven’t resided here full-time in a while.

The 7,083-square-foot house was originally built in 2000, and is situated on 0.52 acres. The eat-in kitchen is equipped with stainless steel appliances and a breakfast counter, and is open to a den television area that, in turn, leads outside through sliding glass doors.

There’s a formal dining room, as well as what we imagine was once a separate living room, with a large, ornate fireplace. There are three wet bars throughout the home, as well as a finished basement with heated marble floors.

Best in the biz right there! Thanks @blacktiemoving you guys are awesome!!

The master suite contains a gas fireplace and the bathroom contains a double vanity, oversized tub and a walk-through shower. The sprawling bathroom/dressing area is big enough on its own, with its own little glam spot even Kylie Jenner would approve of. Then there’s a wrought iron spiral staircase that leads to yet more closet space.

Underwood and Fisher recently welcomed their second child, so perhaps they’re simply ready to rid themselves of homes they aren’t using. This house is also reportedly where Underwood suffered a scary fall in late 2017, so it’s understandable she has no desire to stay there anymore.

The couple, who moved full-time to Tennessee while Fisher was playing as captain for the Nashville Predators, aren’t going too far—they’ve reportedly been building their “dream home” on a nearly 1,000-acre parcel of land in Franklin. 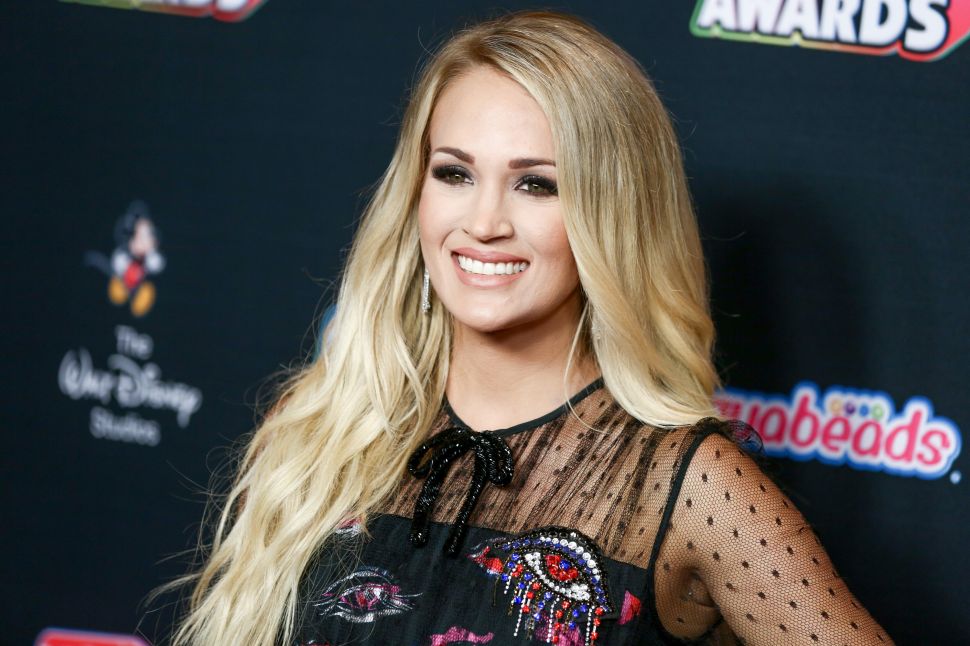