Cate Blanchett is one of those rare actresses who, despite exploring a wide range of characters and disparate dramatic scenarios, manages to render everything she does extremely, coolly on-brand. This quality is on full display in her new chat with Julia Roberts for Interview magazine, which she had while doing a play in London called When We Have Sufficiently Tortured Each Other.

The conversation kicked off excellently—”I’ve just had a half-bottle of red after a rather challenging day of rehearsal for a play,” Blanchett begins—and escalates from there. The pair discuss the new challenges of acting as they age, the importance of talking about money, the search for radical ideas and accommodating one’s romantic partners. Yet things really get meaty when Blanchett—who will star this summer as “an agoraphobic architect in Richard Linklater’s adaptation of the Maria Semple novel Where’d You Go, Bernadette”—mentions Benson and Hedges, the pigs she keeps at the home she shares with her husband, playwright Andrew Upton, and their children.

“I was a vegetarian for years when my husband wanted to get pigs,” Blanchett says. “I said, ‘I’ll get pigs as long as we tell the kids that the sausages and bacon they eat are from our pigs.'”

She continues, “It was this Machiavellian vegetarian plan that I had for my kids, that they would form this deep connection with the piglets, which were very cute and smelled kind of like smelly people. And then I would tell them that if we eat sausages, they’re coming from these pigs.”

But no dice—Blanchett’s children were unfazed. “The kids were just totally fine with that and I was horrified,” she says. “My plan to turn my family vegetarian was a monumental failure.”

The Carol actress’ clever plot may have been foiled, but once again she’s revealed her knack for effortless nonchalance: What could be more Cate Blanchett–appropriate than her regaling a stunning recent Oscars presenter with a tale of her children being unperturbed when coming face-to-face with their living, breathing dinner?

Not to be outdone,  Roberts reminded Blanchett, “You can’t name something that you’re going to kill. That’s the number-one rule of being a farmer. And now they’re in the freezer.” 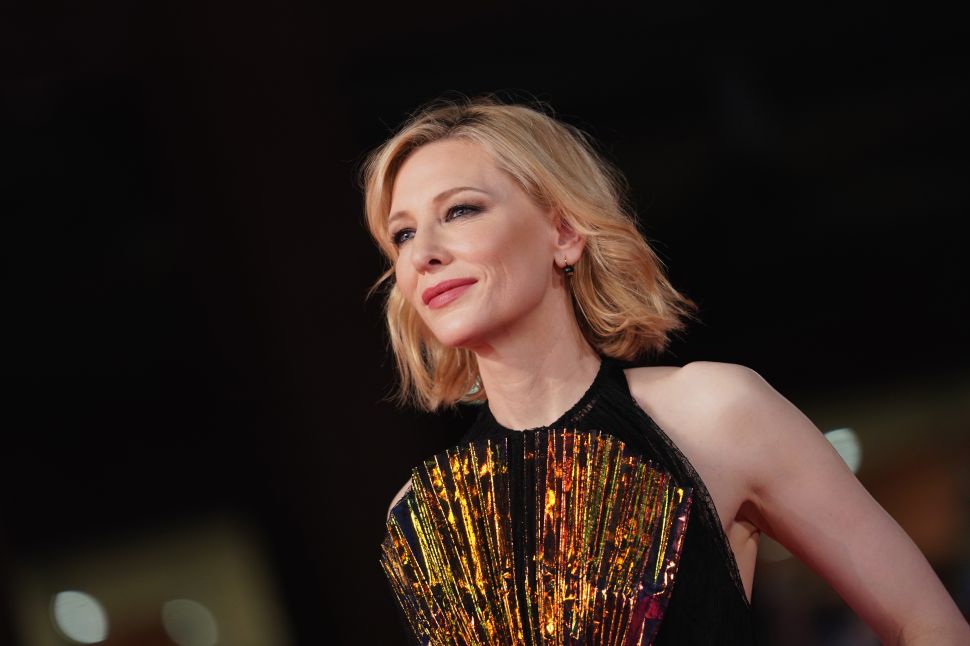