“Bring it on. You think it might embarrass Democrats to vote on a nonbinding resolution that some of us may support but not others,” said Schumer from the Senate on Thursday. “Trust me, we’ll be fine because the American people know that our entire party actually believes that climate change is happening and it’s caused by humans.”

McConnell on Tuesday announced plans to bring the initiative before the Senate, saying he wanted to “give everybody an opportunity to go on record” about their stances toward the legislation—a move many Democrats found disingenuous. Describing his counterpart’s remarks as a “political stunt” and a “cheap, cynical ploy,” Schumer suggested Democrats would include amendments in the resolution which would force Republicans to clarify their positions on climate change.

“Let’s see if anything has changed since 2015 when only five brave Republicans were able to vote yes on a resolution saying climate change is real and caused by humans,” continued Schumer. “If Leader McConnell blocks amendments, we’ll know where he and his party stand, against science, against fact, ostriches with their heads buried in the sand as the tide comes in.”

Republicans have objected to ambitious proposals put forth in the Green New Deal package to replace air travel with high-speed transportation, and to eliminate methane emissions from cows. 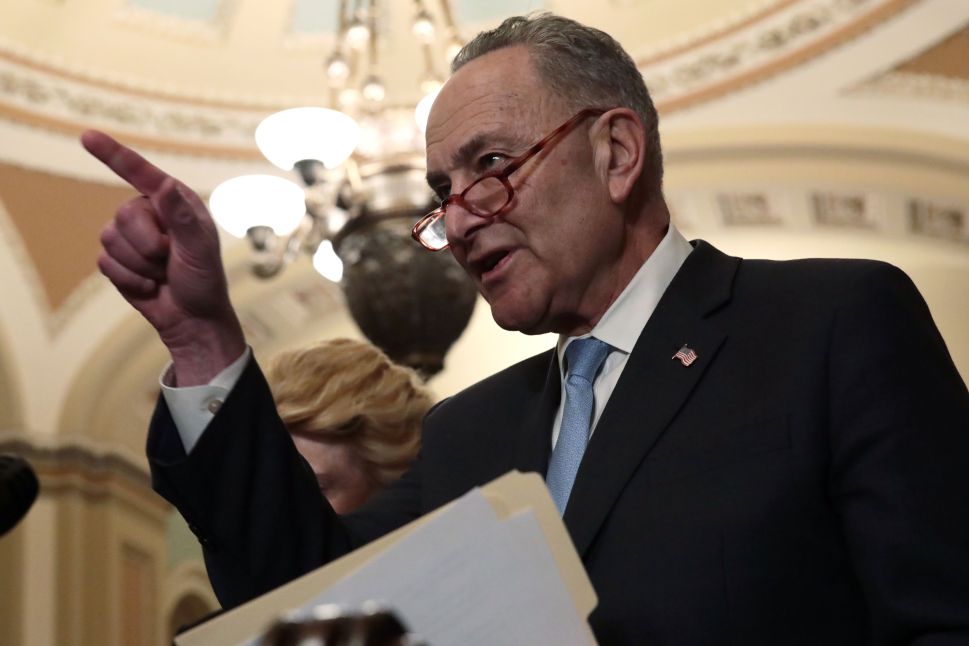