A fractured Republican Party is uniting against a common enemy—socialism.

“We’ve never seen this before. When Democrats have run in the past, it’s been as centrists,” Schlapp told attendees during the morning’s Marketing Marxism: There’s Nothing New About the Green New Deal panel.

“When we start to unify around what truly makes us great, the little things don’t matter quite as much. They may call you deplorable, but you’re adorable patriots,” added Meadows.

Former Wisconsin Governor Scott Walker shortly after relayed a story told to him by a Polish immigrant to the United States, in which “she couldn’t fathom how anyone could embrace socialism.”

BlazeTV host Deneen Borelli warned that progressive policies, such as the Green New Deal and calls for universal health care, would result in “the fundamental retransformation of America on steroids.”

“They want to dictate your everyday way of life and expand government as much as possible,” said Borelli. “The Democratic 2020 candidates are all trying to out-left one another… Let’s face it, Democratic policies are horrible.”

The pundit cited private property rights and consumer freedom as founding principles which make America great, saying “free enterprise is working” and “delivering for everybody” under the Trump administration.

“America will never be a socialist country,” continued Borelli. “I know I will never let that happen on my watch and I know you won’t either.”

“My parents escaped from communism,” warned Gorka. “The greatest threat is socialism here in America… Forty-two Democratic candidates in the last midterm elections called themselves socialist.”

The former White House aide called Ocasio-Cortez’s Green New Deal resolution “a watermelon,” saying it was “green on the outside, deep red communist on the inside.”

“They want to take away your hamburgers,” said Gorka of the legislation. “This is what Stalin dreamed of.”

As the official chair of the Republican National Committee, Ronna McDaniel gave the alarms further political legitimacy, warning that “free health care, free education… will turn [the United States] into a socialist country.”

“We have to expose the reality of the dangers of what they’re proposing,” said the RNC chairwoman. 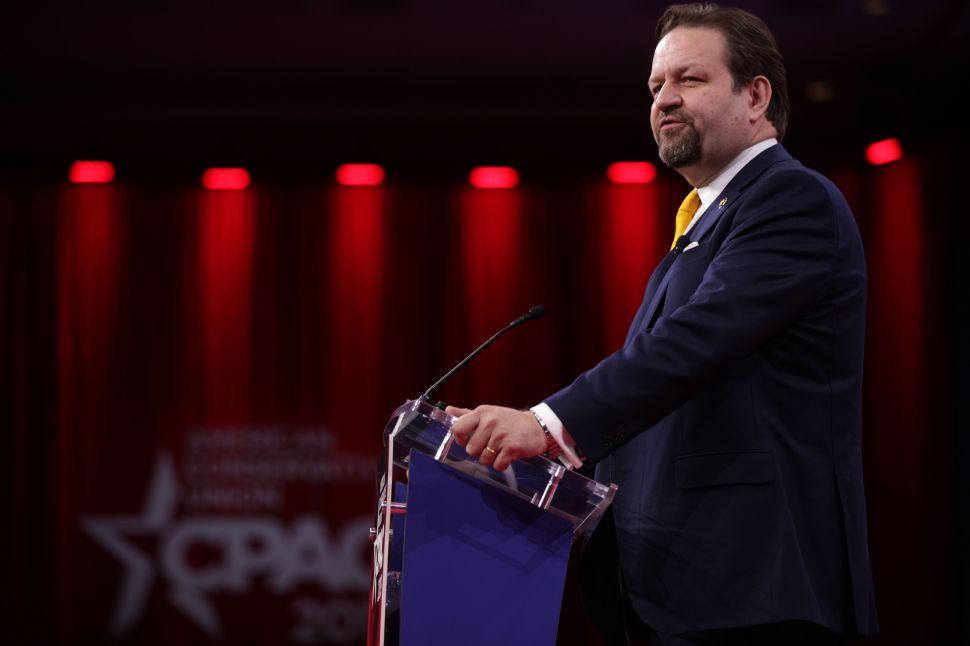