In 2012, after a career that saw her serve as director of such blue chip entities as Deitch Projects and Pace Galleries in New York City, Nicola Vassell felt it was time to strike out on her own. But rather than opening her own space, as many departing gallery workers do, Vassell decided to start her own company, Concept NV, a self-proclaimed “art ideas lab” committed to developing projects around important social and cultural stories.

Two years after founding her company, she made a splash with the exhibition “Black Eye,” staged in an empty space in Tribeca, featuring work by black artists that cut across genres, generations and media. Among them were Kehinde Wiley, Steve McQueen, Rashaad Newsome, Hank Willis Thomas, Wangechi Mutu, MacArthur Genius Grant-winning photographer Latoya Ruby Frazier, Deana Lawson, Xaviera Simmons and Rashid Johnson. It’s a list of artists who have shown together a lot since, but not so much before.

But her work doesn’t begin and end with exhibitions. Vassell curated the artwork that appeared in Season 2 of the hit TV show Empire, where contemporary black artists like Wiley, Kudzanai Chiurai, Barkley L. Hendricks, Wangechi Mutu, Toyin Ojih Odutola and Kerry James Marshall graced the walls of the homes and business offices of the fictional Lyon family.

She’s also a frequent collaborator of Kaseem Dean, better known as Swizz Beatz, who is an avid art collector (he started the Dean Collection with wife Alicia Keys to collect and fund emerging artists) in addition to being an influential and prolific hip-hop producer.

The two have been producing the No Commission Art Fair in Miami, New York, London and Shanghai since 2015, and are teaming up again for “Dreamweavers,” a group exhibition at UTA Artist Space in Los Angeles that promises to “contemplate the surreal in society against a vigorously shifting 21st century” according to the press release, featuring a group of artists who “sit within the powerful black renaissance of this era.” And what a mighty group it is, featuring both veteran and relative newcomer artists, including Arthur Jafa, Ming Smith, Nick Cave, Toyin Ojih Odutola and Nathaniel Mary Quinn.

Vassell took the time to speak with Observer about her new show and her curatorial practice.

Observer: “Black Eye” was curated two years into Obama’s second term. What does it mean now to curate “Dreamweavers,” two years after Obama finished his presidency?
Vassell: I think the one word that everyone can agree on that sums up how things appear to be going is “surreal.” Things have taken on quite a surreal tone. There’s a sense of destabilization that we’ve become accustomed to, and that has many, many implications. I started thinking, well, who are the artists? Who are the artists who embody [this], given that the politics of right now really don’t seem to be slowing down, and how can we address all of that in one package?

So we’re looking at the tone of the time. We’re looking at the identity of these politics, [through the work of those] who are on the front lines telling these stories. And, of course, at the same time, what you’re seeing is this very interesting flux of black creative output. So that was also a big part of the investigation. So many great thinkers have put it very simply: When you have such uncertainty on one side, it creates the perfect backdrop for a wonderful resistance through creativity.

I do believe that the Obama era set the agenda for the shift in identity politics…now we have just a very interesting social landscape to comment upon.

How do you feel the art world is responding to social matters now, versus maybe six or seven years ago when you curated “Black Eye?”
That’s a good question. I think you have to examine that rubric through the rules of commerce. There is no stopping the desire, the want, for interesting black artists. It just seems to be dominating certain aspects of the market, and I think that goes back to conscious collectors always wanting to reflect the time in which they live—[wanting] to build a narrative around certain spans of time.

I think that “the Obama generation” coming of age has pushed this particular kind of identity politics to the forefront of conversations, so it has become a very important part of the cultural discourse at large. So what you have is this mash-up of commerce, social power, messaging power, the cultural relevance and the storytelling.

What was your impetus for starting Concept NV? And how has this partnership with Swizz Beatz compared to some of the other collaborative projects you’ve worked on since you’ve started?

Concept NV came as a result of having committed a big part of my professional life to [Pace and Deitch Galleries]. I was really interested in what experimental territory might look like, but it took a while to articulate.

[Working with Swizz], being such a powerful cultural figure, a visionary, is really easy. I mean we’re also the same sun sign, born the same year. We kind of have this weird added third eye type thing going on. It’s a very different kind of connection. And we just really enjoyed working together. I think we began to see how my strengths and his strengths joined together could really make a different kind of impact than singularly. It creates a different kind of resonance.

Ultimately, what do you want people to walk away with after they see “Dreamweavers?”
I want them to see that they encountered something magical—they encountered some kind of enchanting but thoughtful storytelling. I hope that what they see will continue to live in their minds as the days pass, that what they saw on Friday means something different by Monday and again on Wednesday…that layers continue to reveal, even past the point of contact. The dynamic of bringing a group so unique, so powerful together can really inspire. It’s like lifting a thousand voices up, you know, there’s no substitute for that kind of energetic craze.

Do you have any advice that you would share for up-and-coming curators and specifically, for people who have traditionally not been as fully represented?
I think it’s very important for anyone coming up to really think about the most interesting thing to tell in a story…What is it that gets you excited? And, from there, you can start to build a little pathway of excitement. How does this work? Why does that work? Why does it excite me? And once you can begin to know that highway, you can’t imagine doing it for other people. You build the road you want to walk on. And, stay curious. Always look for things that are operating a little differently. Be able to identify uniqueness. It’s powerful. Telling the stories that are most important to individuals must be a hallmark of an individual’s work. If you can’t tell the story you want to hear, who can? 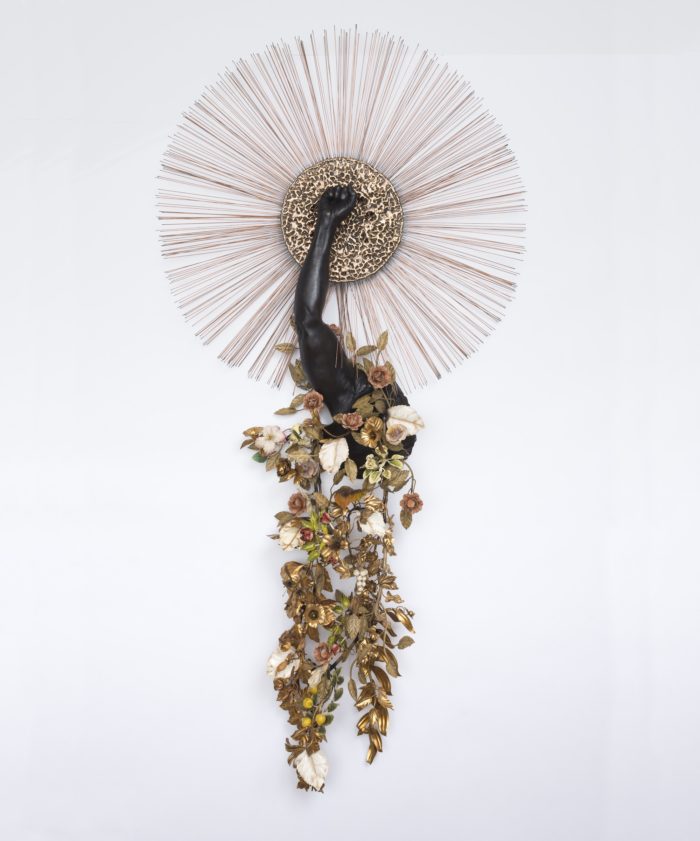