When does Tina Sauerländer sleep?

The Berlin-based curator, writer, art historian, board member, women in tech advocate and, increasingly, preeminent authority on new media and millennial art, is opening two big shows in less than a month (“Speculative Cultures” at Parsons in New York and “Touching From A Distance II” at Goethe Media Space in Toronto)—all while co-running Peer to Space, a curatorial and exhibition hub that has generated an average of three shows per year since 2010.

Originally from Kassel, Sauerländer co-founded Peer to Space eight years ago in Munich where she specialized in exhibitions that connect emerging media practices with the personal and every day. In the last three years, in partnership with peer to space’s Project Manager and co-curator Peggy Schoenegge, Sauerländer’s curatorial practice has focused on art that employs virtual reality and augmented reality to illuminate the personal costs (and joys) of our over-saturated times. It’s a brilliantly counter-intuitive pairing: the technology of alienation meets the confessional.

Observer caught up with Sauerländer in New York as she put the finishing touches on “Speculative Cultures.” She was wide awake.

Observer: Why do we talk about digital media art as “new?” Is there a kind of glamour built in to thinking of the digital as being “new?”
Sauerländer: You ask that question while I am in New York, installing the show “Speculative Cultures” at The New School. And there is the New Museum and New Inc. just around the corner. Many things are called “new” here in New York, which may be related to the history of the U.S. and this city in particular. So yes, I guess there is some kind of attraction or glamour that comes with the term “new.”

Digital media art has a reputation for being very difficult to sell, as a product itself. Is this still true?
Yes, this is still true. The art market is tied to the system of uniqueness. It is still hard to sell digital files on sticks. But uniqueness contradicts with the nature of digital work, as digital files are identical and can be copied endlessly. This cries out for a new attitude towards digital art and its value that does not lie in uniqueness. It is the opposite. It lies in the accessibility of the works for everyone, from every part of the world.

Tell me about your curating practice. Do you spend hours looking for new works online? Also, what attracts you?
At a certain point I discover a topic that seems to be relevant for artists but also for others living in the same society. For example, “Speculative Cultures” came from us thinking about how many people actually are afraid of the new, or the yet unknown, of encounters with new cultures. “New” can also be something to be afraid of. The exhibition therefore presents artists from different parts of the world [who make] virtual reality artworks that speculate on new forms of cultures, thereby reflecting their own cultural background and history. Being all together in one exhibition space, the exhibition sheds light on differences but also on many similarities between the different cultures. Further, the exhibition shows that a culture is not something that is static tied to one place, but how culture and its manifestations (like rituals, visual language and spoken language) change over time.

I wrote about one of your shows, “When The Cat’s Away, Abstraction,”  several years ago, and was struck by how much physical, IRL art I saw: art you could actually buy and keep in your home. Is there a kind of end game built into digital art, one that ultimately leads to a physical “product?”
The show was about how digital abstract visual language in art is not only part of the digital but also part of the real world. Digital art does not ultimately lead to a physical “product,” although this was one of the big accusations post-internet art had to face: turning the digital into a unique product to sell it. However, the show was not about post internet art. It was about how the IRL and URL worlds grow together. When the internet was new, we perceived it as the other world, as something parallel to the real world. This distinction is dissolving.

What is the commercial strategy behind shows positioned as new media art? In other words, how do artists make any money?
They license their work for screenings in institutions. This is why it is so important to pay reasonable artists fees. This should be obligatory by law.

The Goethe Media Space exhibition appears to be a bridge-builder between new media art and “traditional” art. Which leads to the question: Why do people still need connections to be made between new media art and “traditional” art when everybody uses the internet and is exposed to new media every day?
“Touching From A Distance II – Transmediations in the Digital Age” focuses on how the process of trans-mediation reflects our daily internet routine [wherein] we stay connected via intangible yet visible information. We constantly exchange information in analog, digital, visual or written form. The band Joy Division praised the effect of music conveyed through the radio with their 1979 song Transmission: “Touching from a distance…sound, that’s all we need to synchronize.” 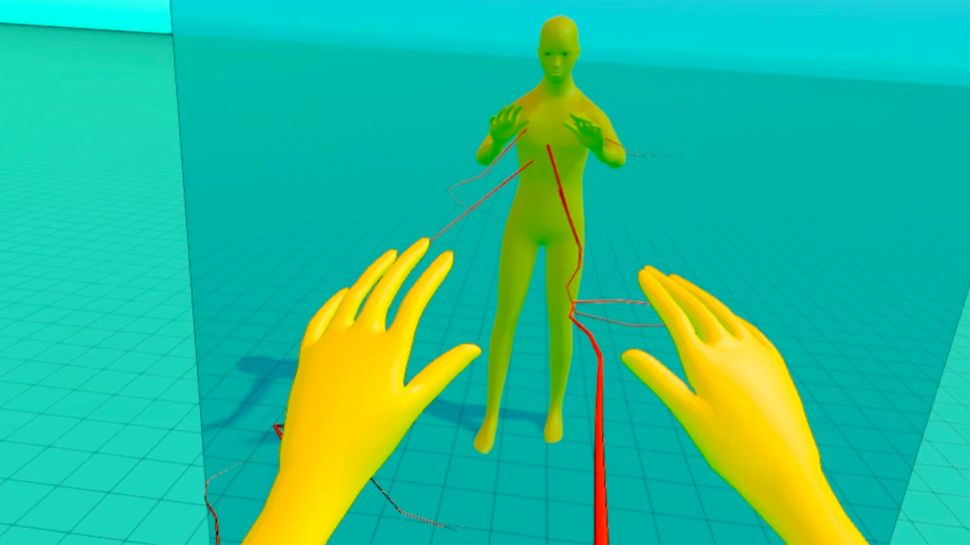