According to The Washington Post, the president has become increasingly frustrated with Coats over testimony which “Trump sees as undercutting his policy goals, particularly with respect to reaching a disarmament agreement with North Korea.”

Speaking to lawmakers in January, the National Intelligence director said North Korea was unlikely to give up its nuclear weapons—contradicting promises made by the White House ahead of the president’s second summit with North Korean leader Kim Jong-un. Shortly after Coats spoke candidly about how the regime continues to view nuclear weapons as “critical” to its survival, Trump derided his national security team’s assessments as “wrong” via Twitter, saying that “Intelligence should go back to school.”

The Intelligence people seem to be extremely passive and naive when it comes to the dangers of Iran. They are wrong! When I became President Iran was making trouble all over the Middle East, and beyond. Since ending the terrible Iran Nuclear Deal, they are MUCH different, but….

….a source of potential danger and conflict. They are testing Rockets (last week) and more, and are coming very close to the edge. There economy is now crashing, which is the only thing holding them back. Be careful of Iran. Perhaps Intelligence should go back to school!

Although CIA Director Gina Haspel also warned against North Korea’s nuclear capabilities, Trump reserved his resentment for Coats. One White House official told the Post that the president described his National Intelligence director as “not loyal” and “not on the team,” and that many in the administration believe a firing is imminent.

“This has been a tense relationship for a long time,” a former intelligence official told the publication. “Most people don’t think it’s happening tomorrow. But, yes, they think it’s just a matter of time.”

Trump has touted a denuclearized North Korea as a crucial part of his foreign policy platform. After last year’s Singapore Summit, the president tweeted that there “is no longer a Nuclear Threat from” the regime, saying “North Korea has a great potential for the future!”

Just landed – a long trip, but everybody can now feel much safer than the day I took office. There is no longer a Nuclear Threat from North Korea. Meeting with Kim Jong Un was an interesting and very positive experience. North Korea has great potential for the future! 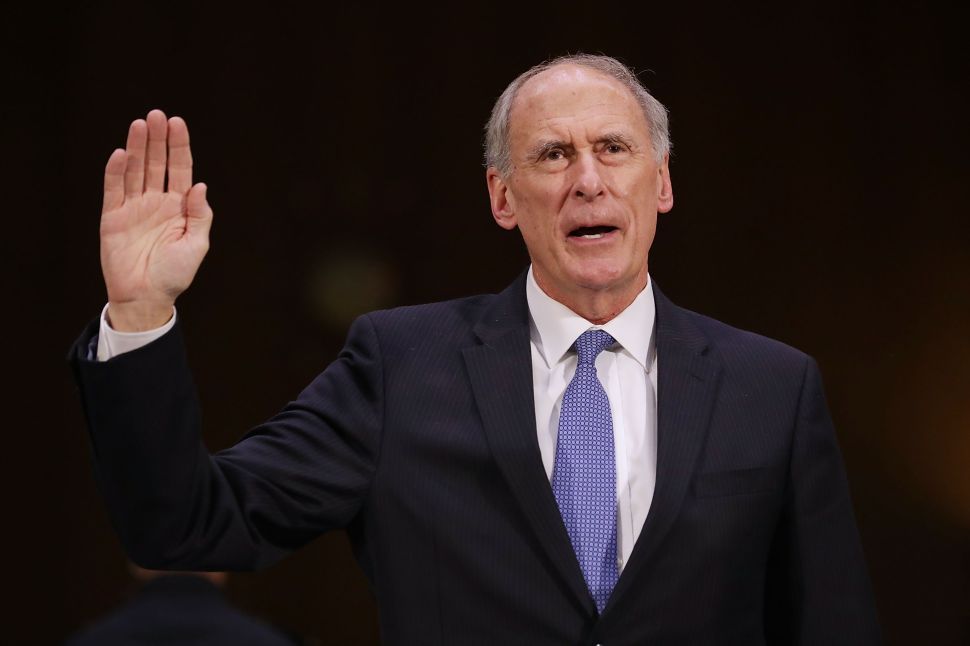