Desus Nice and The Kid Mero are finally enjoying the platform they deserve. Last night, the legendary Bronx comedians, podcasters and prolific tweeters took their rapport to new heights with the premiere of their late-night Showtime program, appropriately titled Desus & Mero. Their debut episode, which kicked off at 11 p.m., was often spikily hilarious; the two, who are also known as the Bodega Boys, have definitively proved with years of content that they’re ready to dominate the small screen.

The more structured segments (a spoofed Green Book trailer and a clip wherein the duo decorated congresswoman Alexandria Ocasio-Cortez’s office with blown up posters of their faces) rang with their familiarly manic one-upmanship. But perhaps the most elegant Desus & Mero touch on the Showtime stage were the bottles of “Bodega Boys & Co.” beer placed conveniently between the two hosts, which both looked delicious and were festooned with custom-made D&M labels in blue and red. Every wildly popular public figure needs merchandise to perpetuate the strength of the brand, and beautifully designed booze merch fits Desus Ex Machina and Barlos Santana to a tee.

But beer isn’t the only beverage now officially included under the Desus & Mero brand umbrella. Last night, host Desus Nice posted a picture on Instagram of a cocktail menu that was evidently prepared for the Season One, Episode One premiere party, and these mixed drinks are as wittily named and tasty-sounding as one would expect.

Also in true Desus & Mero tradition, these cocktail recipes aren’t trying too hard: they know they’re cool. To create “The Plantain Supernova,” simply splash Brugal rum into your Coca-Cola. For “Your Problematic Bae,” season your vodka and cranberry juice with just a splash of flavored seltzer. And really, that’s that!

As the beloved hosts are so fond of saying, the brand is indeed incredibly strong. 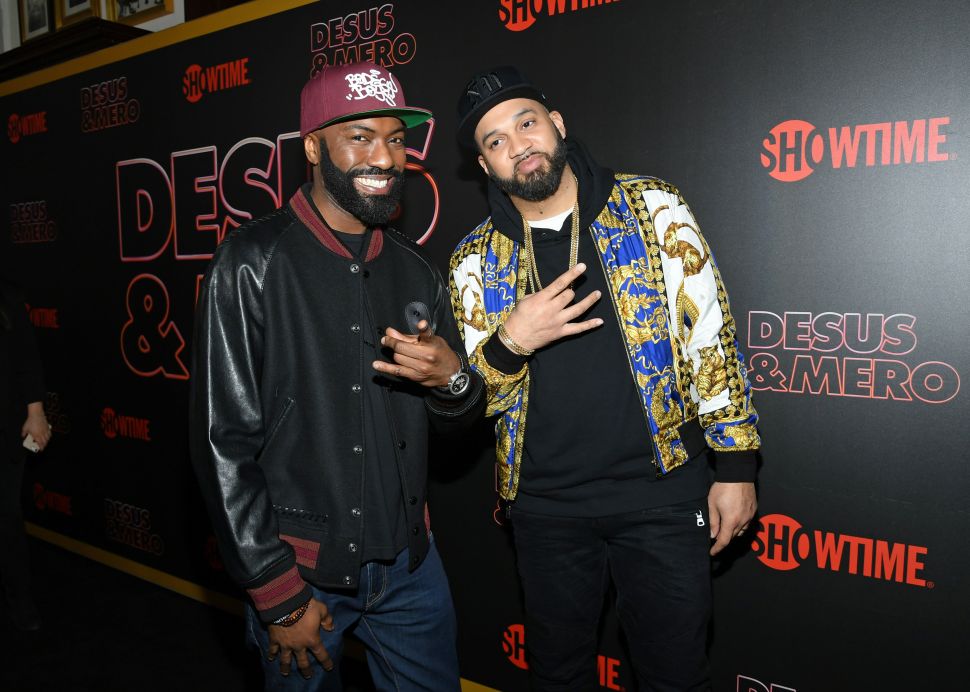