Even casual observers of the entertainment industry are psyched at the thought of all the shiny new toys the Marvel Cinematic Universe will inherit once Disney’s acquisition of Fox is officially approved in the near future. We get it—the prospect of Tony Stark trying to disarm Wolverine with his witty quips is enticing. But another major consequence of the deal lies on the small screen, where leading basic cable network FX will suddenly find itself under the Disney umbrella.

FX CEO John Landgraf has helped build the network into one of prestige television’s premiere destinations through a carefully curated assortment of eclectic, razor-sharp series. With 50 Emmy nominations last year and multiple shows that hold perennial reservations on year-end best-of lists (including Atlanta, The Americans, Fargo and American Crime Story), it has served as a successful purveyor of ground-breaking counter-programming. But given the uncertainty surrounding the Disney-Fox sale and the shifting nature of the entertainment industry as a whole, one has to wonder if there’s still a place for FX’s smaller-scale pick-and-choose approach, especially under the gaze of Disney’s starry eyes.

While speaking to Variety at the Television Critics Association’s winter press tour on Monday, Landgraf discussed what the future holds for his network as it prepares to join the Magic Kingdom. Here are the biggest takeaways.

FX Plans to Scale Up—And Beef Up Its Unscripted Content

Throughout the merger drama, one consistent item of speculation has been the sizable investment Disney is expected to make in FX. The network has never been the biggest of spenders—Landgraf claimed in 2016 that FX’s budget was “one-third of HBO’s and about one-sixth of Netflix’s”—but it should have more resources at its fingertips thanks to the well-stocked coffer of Mickey Mouse and Co.

“We’re excited about the prospect of having more, but we don’t want to change our fundamental focus or our brand, and so a lot of that has to do with process—it’s not just about what you pick,” he said. “It’s about how you focus on things, it’s about how you work with people. It’s a very bespoke, sort of extremely intensely intimate interpersonal relationship we have during production and development and marketing and the holistic process with folks.”

Landgraf mentioned using the additional resources to place a greater emphasis on unscripted series, a genre FX has dabbled in over the years but hardly prioritized.

But Can It Compete With Netflix? Does It Even Want To?

Almost one year ago exactly, Netflix announced it had swiped uber-producer Ryan Murphy from Fox with a lucrative nine-figure deal—a serious blow to FX’s in-house talent roster. The news came on the heels of a similar deal for Shonda Rhimes, who fled the Disney-owned ABC for the deep pockets of streaming. How does a relatively smaller outfit compete in the age of mega-deals?

“We’ve stepped up when we needed to, even when we had competitive bids coming from one of those others,” Landgraf said. “Again, we’re not trying to corner the market on talent; we’re trying to have enough talent to be able to have this extraordinary brand, and I will say that beyond the money, everything else we offer is way better, because we do less. So we all read everything, we all sit in the room and watch every rough cut, we look at every season of every show.”

Ultimately, FX spends when it needs to, but it goes about it in a more focused manner. “What we do spend, we spend really, really efficiently,” Landgraf said. Locking in young creative minds such as Donald Glover (Atlanta) and Noah Hawley (Fargo, Legion) speaks to the power of FX’s existing recruitment prowess.

And What About Its Other Big Competitor?

We’re quick to assume that greater spending means greater output, so many are wondering if FX will begin churning out a surplus of dramas and comedies as opposed to adhering to a more carefully constructed lineup. While Landgraf does expect a spike in the volume of content, his goal is still quality above all else.

“Do we want to try to be as big as HBO?” he asked. “We’ve looked at that really, really carefully. So far, I don’t think we’re even going to ask to match that footprint in terms of scale. I think we’d like to match it in the profusion of genres they program in, although that’s easy to say and hard to do, because you could say you wanted to have a weekly or variety show like John Oliver or Bill Maher, but the truth is, those things come along very, very rarely.”

He continued, “Can we sustain a batting average where 13 of our 14 shows make year-end best-of lists every year? No. I don’t think anyone could sustain that. And we’ve been at about 80 percent for five years. I think that’s tough to sustain. But if you look at where our batting average is relative to anyone else, it could fall and still be best in class.” 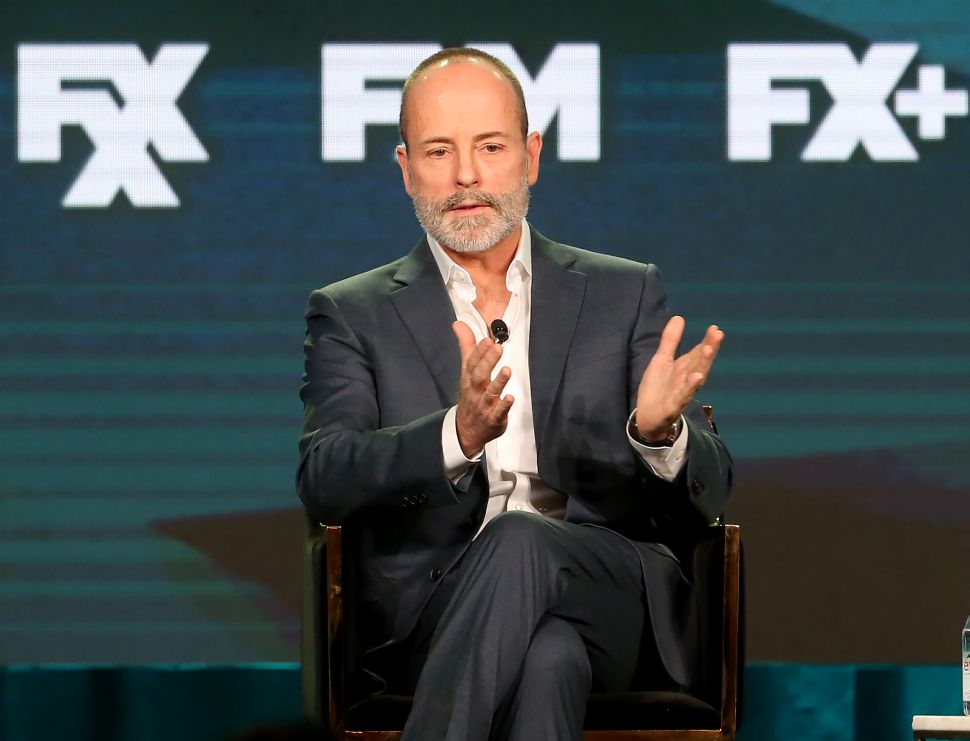