Despite releasing just 10 films last year, Disney broke its own record for all-time domestic gross, earning nearly $3.1 billion. To put that into perspective, the studio made about as much here in North America as Paramount Pictures, 20th Century Fox and Sony combined. It’s like the New York Yankees being awarded a tax break.

The most amazing thing of all is that Disney stands a good chance at shattering its own record again this year with a fearsome lineup of powerful blockbusters. In 2015, Hollywood set a record for most films to earn at least $1 billion worldwide, with five total. In 2019, Disney could potentially unleash six movies that cross that mark.

Let’s run through them all.

The Brie Larson–starring blockbuster is Marvel Studios’ first female-led superhero film and the MCU’s only 2019 feature ahead of a certain behemoth we’ll get to shortly. While the initial reaction may be to compare the film’s box-office prospects to that of Wonder Woman (which pulled in $821 million) and Black Panther ($1.3 billion), neither are concrete benchmarks Captain Marvel needs to hit to be considered a success. (Side Note: Captain Marvel could propel the MCU to an interesting perch of box office history).

Social media buzz is mostly positive, and the calendar is free of any crossover biggies until WB’s Shazam! arrives on April 5. Studio head Kevin Feige has teased that Carol Danvers is the strongest character in all of the MCU. Plus, the movie’s potential ties to Avengers: Endgame could be used as a selling point. There are indicators of major success all around. But don’t be disappointed if Captain Marvel fails to hit the Big B while still earning a massive worldwide total somewhere in between Doctor Strange ($677 million) and Guardians of the Galaxy Vol. 2 ($864 million).

You can take this one to the bank (we know Disney will): Endgame is going to soar past the $1 billion mark faster than an Iron Man suit at Mach nine. In fact, it’ll most likely cross $2 billion, becoming just the fifth film to do so in history (Avengers: Infinity War earned $2.04 billion last year). We’ve run through more theories and speculations regarding this flick’s major happenings than Doctor Strange did alternate futures. While we still know nothing about how it will all play out on screen, we do know it will likely wind up as 2019’s highest grosser.

We recently revealed who Keanu Reeve’s mystery character is in Toy Story 4, and he’s just one of the many nice additions in this sequel. It has been nine years since the perfect Toy Story 3 hit theaters, giving audiences enough time away from the franchise to make it feel fresh. That trilogy capper topped $1 billion, as did recent Pixar efforts such as Finding Dory and Incredibles 2, demonstrating a strong track record of box-office success.

Our only concern is how competitive this year’s historic summer blockbuster movie schedule will be. The new Toy Story movie arrives two weeks after Universal’s The Secret Life of Pets 2 and Fox’s Dark Phoenix, and one week after Sony’s Men in Black: International and WB’s Shaft sequel. There’s also a slew of stiff competition coming in July. Will any movie this summer have enough space to reach its box-office potential?

Disney’s live-action reimaginings of its animated classics have consistently done big business for the studio (barring that dreadful Alice in Wonderland sequel), and The Lion King is arguably the Mouse House’s most marquee redux of all. The 1994 original has earned $968 million at the box office throughout its lifetime (which included a few rereleases). Is anyone doubting that the additions of Beyoncé, Donald Glover, Chiwetel Ejiofor, Seth Rogen, Keegan-Michael Key and other star-studded voices won’t push it a few more million bucks over the edge? Please, Queen B could do that in her sleep.

Though the schedule remains crowded, The Lion King isn’t up against the same sort of fierce competition Toy Story 4 is. Disney’s greatest weapon is its ability to bridge the gap between nostalgia and capitalism. Every single person who loved the original film as a kid is going to take their children to see this new one. Big bucks are coming.

All of the behind-the-scenes director drama that forced the upcoming James Bond movie out of its original November 2019 slot may have been the greatest gift Disney could ever receive. With all due respect to Tom Hanks’ Mr. Rogers biopic, A Beautiful Day in the Neighborhood (November 22), and Rian Johnson’s Knives Out (November 27), there really isn’t another biggie on the schedule until Dwayne “The Rock” Johnson’s Jumanji: Welcome to the Jungle sequel (December 13). That’s a lot of open runway for Frozen 2.

The original—which became the first Walt Disney Studios picture to win the Academy Award for best animated feature—put up huge numbers, pulling in nearly $1.3 billion in the exact same time slot six years ago. However, with the rumors that Frozen 2 could give Elsa a girlfriend, we could see uptight parental groups stir up some trouble. That controversy could very well limit the sequel’s box-office ceiling.

The final chapter in Disney’s Star Wars sequel trilogy is guaranteed to cross $1 billion. But the franchise finds itself in a strange place at the moment, clouding its financial forecast. The Last Jedi was arguably the most polarizing blockbuster of the past decade, and last year’s Solo: A Star Wars Story was a major money sucker for Lucasfilm overall. The good news: Recent history is on its side.

Revenge of the Sith saw a 30 percent bump in worldwide box office compared to its critically reviled predecessor, Attack of the Clones. With The Force Awakens filmmaker J.J. Abrams returning for Episode IX, some type of bounce-back performance from The Last Jedi‘s still massive $1.3 billion global gross isn’t out of the question. Domestically speaking, industry observers are high on the final chapter’s gross potential. 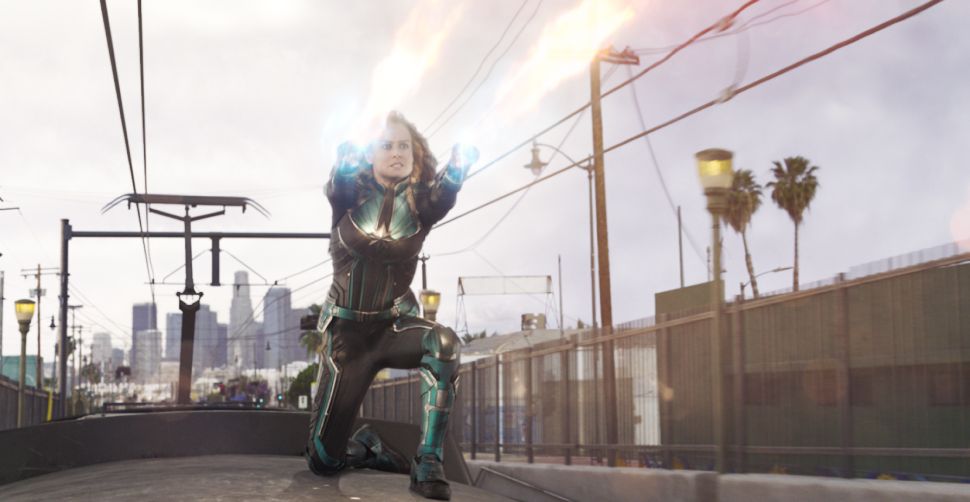