Disney remains a towering, unpredictable behemoth. The moment you think it has reached its limit, it ascends to an impossibly higher level. Already the proud owner of marquee brands such as Pixar, Marvel and Lucasfilm, the studio continues to upgrade its arsenal as its acquisition of 21st Century Fox nears completion. Adding a storied studio to entertainment’s most dominant conglomerate basically renders the consumer a docile hostage buyer. As Disney assumes more than one-third of the domestic market share, ticket buyers are left with little choice but to feed the Magic Kingdom’s insatiable appetite.

And yet, here we have Universal Pictures, which remains a powerful player in the Hollywood game alongside its better-equipped competition—and it’s doing it all without the help of any superheroes. In fact, the studio has ranked among the top three in North American box-office gross three of the past four years, landing in the No. 1 spot in 2015 (the same year Disney dropped both Star Wars: The Force Awakens and Avengers: Age of Ultron, no less).

This is a monumental feat being pulled off by chairman of Film and Entertainment Jeff Shell,  chairman of the Filmed Entertainment Group Donna Langley and NBCUniversal vice chairman Ron Meyer. But how have they done it without the help of capes and cowls IP? Let’s break it down.

The Fast and the Jurassic

Hollywood has transmogrified into a franchise-driven business model, which is one of the reasons the Mouse Club is lapping the competition—they have the most toys to play with. Yet, impressively, Universal has kept pace without the aid of a Marvel or a DC.

Admittedly, the studio fell backwards into The Fast and the Furious series after failing to reunite the same actors in its early sequels, but since then, it has done an excellent job of building and expanding the scope of the series. Over eight films, Dominic Toretto and his “family” have grossed more than $5 billion worldwide, and this August’s spin-off, Hobbs and Shaw, starring Dwayne Johnson and Jason Statham, could very likely push that total up another billion.

Crucially, Universal has taken a worldwide approach to these movies, turning them into globe-trotting action-adventures with exotic locales and a diverse cast. It’s no wonder the past two movies have each grossed upwards of $1 billion overseas alone.

Elsewhere, Universal has resuscitated the Jurassic Park franchise for a new generation, weaponizing nostalgia like Dr. Henry Wu manipulates genetics. Scooping up Chris Pratt hot off the momentum of 2014’s Guardians of the Galaxy gave the revival a fresh new face to sell. This series then became a cross-generational product that appealed to both fans of the original films and their kids. And it sold a shit ton of toys.

Most important, Universal made both franchises accessible to Chinese audiences, who will push their box office beyond North America’s in the very near future. Combined, the two series claim four of the top 30 highest-grossing spots in Chinese history; Star Wars hasn’t even sniffed the top 50. No, The Fast and the Furious and Jurassic World may not be the most thought-provoking blockbusters, but they sell tickets like no other.

Founded in 2007 and owned by Universal Pictures, Illumination is arguably the best animation division in the film industry right now. It may not reach the same critical highs as Pixar’s tear-jerking heart-warmers, but its business model is remarkably sound.

Pixar’s most recent film, last summer’s Incredibles 2, was an amazing, massive box-office hit—but it also cost an estimated $200 million to make. Illumination has never produced a film that cost more than $80 million and has still managed to find similar financial success. Minions (which raked in $1.15 billion worldwide), Despicable Me 3 ($1.034 billion) and Despicable Me 2 ($970.8 million) are among the 50 highest-grossing films of all time; six of Illumination’s nine films are among the 50 highest-grossing animated movies ever. Last year’s The Grinch ($270.5 million) ended up becoming Hollywood’s seventh-biggest earner domestically.

This is just one example of how Universal has become the single most capable proprietor of the bang-for-your-buck approach.

Universal has been supporting women-led pictures for several years now—and it’s working. Say what you want about the Fifty Shades franchise, but it grossed more than $1 billion worldwide. Catering to an underserved demographic while also increasing onscreen representation and backstage opportunity is not only smart business, it’s the right thing to do. As such, the impressive profits of Fifty Shades have been joined by the Mamma Mia! movies (which have grossed $1 billion) and the Pitch Perfect trilogy (nearly $600 million). Hmm, it’s almost as if diversity is… profitable?!

The studio has also been a proponent of female-led comedies despite the increasing challenges facing the genre. It has worked with box-office star Melissa McCarthy on four different films and was behind the surprise 2017 summer hit Girls Trip, which took in more than $115 million domestic against a budget of just $19 million. It also funded Amy Schumer’s 2015 breakout Trainwreck ($110 million domestic). In each instance, the studio unearthed a previously undervalued asset and proved to have an eye for overlooked talent (all hail Tiffany Haddish).

Though movie franchises dominate the marketplace, standalone efforts are going nowhere, and Universal has consistently churned out inexpensive profit generators that have attracted big crowds.

Without Universal, M. Night Shyamalan may never have course-corrected his attempted Hollywood comeback. The studio has released his last three films—The Visit (which earned $98 million worldwide against a $5 million budget), Split ($278 million against $9 million) and Glass ($203 million since its January 18 release against a $20 million budget)—to favorable results and at a modest cost. Yes, we know those last two are technically part of a series, but Split wasn’t a franchise-maker until its surprise post-credits tag, so we’re allowed to cheat here just a bit.

With this low-risk, high-reward approach, Universal has competed for Oscars (see: Get Out) and paved the way for the recent explosion of blockbuster music-focused material (Straight Outta Compton). The studio has continued to support delightful, clever comedies like Blockers, while recognizing the value of courting female audiences with fare like The Girl on the Train. Their batting average on mid- to small-budget swings over the past few years has been impressive, especially given the failure rate of other studios in this area. It seems sprinkling singles and doubles with the occasional home run is a viable business strategy.

Paramount Pictures made a disastrous mistake when it allowed producer Jason Blum to leave, opening the door for Universal to sign a 10-year first-look deal with Blumhouse Productions in 2014. Making something out of a very, very small nothing has become the outfit’s calling card as it focuses on micro-budget horror films and their brethren. Blum has hit the sweet spot, churning out inexpensive, appealing genre fare that sits well with general audiences, and from that Universal has benefited greatly. The numbers don’t lie:

This year, Blumhouse has Happy Death Day 2U, Jordan Peele’s Us and several mystery projects in the works. Chances are, they’ll be so cheap that the flops will barely register on Universal’s bottom line.

These days, making movies people enjoy and making money seems like a task of Sisyphean proportions. Any studio that manages to do so—including Disney—deserves our respect. But if Universal isn’t  No. 1 in standing, it deserves credit for making its own hits (as opposed to outsourcing them) with homegrown franchises, a diverse slate year after year, wise spending and intelligent partnerships. 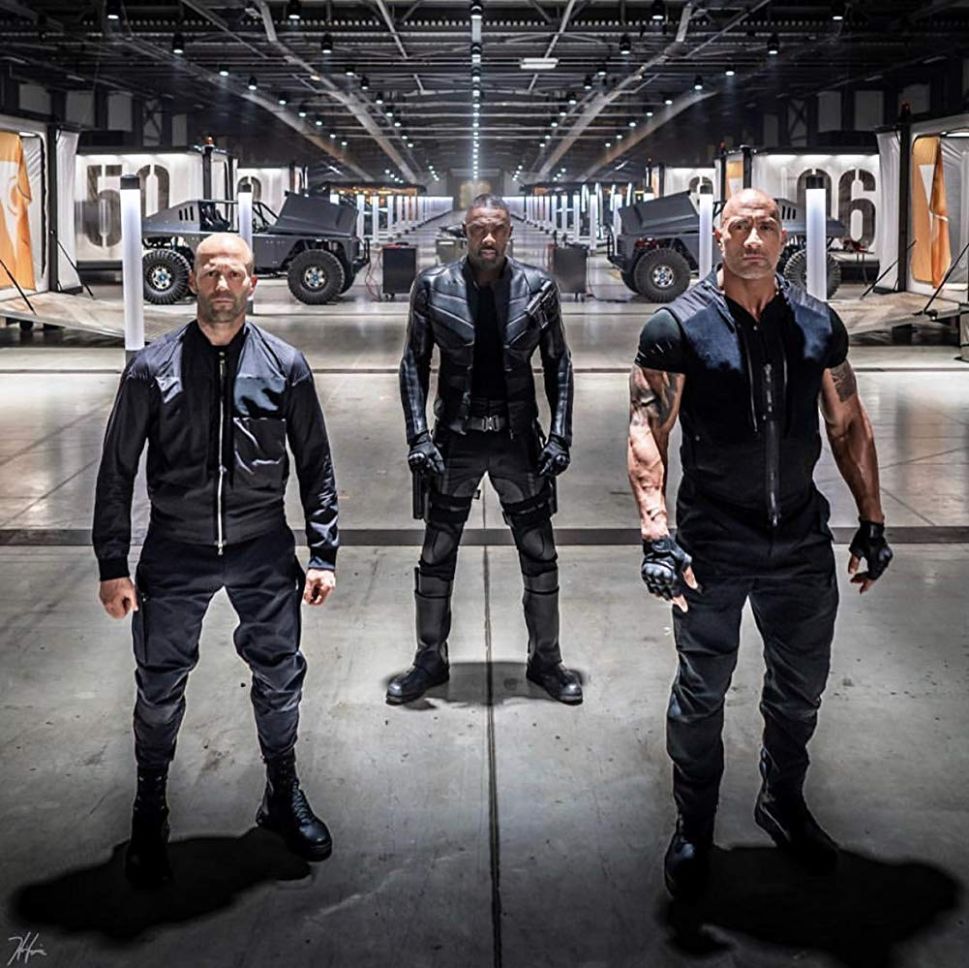