In 2018, President Donald Trump’s State of the Union address fell six percent in ratings, earning 40 million viewers compared to 2017’s audience of 47.7 million. Given the ratings bump Trump tends to provide, this was interpreted as an inevitable consequence of cord-cutting. The 2018 Academy Awards posted an all-time low in Oscars ratings with 26.6 million viewers, and last week’s Super Bowl suffered its worst numbers since 2009 with 100.7 million total viewers. It seemed like live programming was losing its luster in the face of streaming.

Yet Trump’s Tuesday night State of the Union address, which stretched itself to a lengthy 82 minutes, is looking like a bounce-back effort in the early ratings numbers. “With individual rises for all of the Big Four [NBC, CBS, Fox, ABC], last night’s SOTU was up overall just over 10 percent in the early metrics from Trump’s official inaugural address to the House members and the Senate of January 30 last year,” reports Deadline.

While exact figures are still to come, Tuesday night’s broadcast is on pace to top his first State of the Union in 2018, his 2017 address to Congress and the second State of the Union address from President Barack Obama. That last telecast took in 45.6 million viewers across multiple networks.

Trump did not mention the recent government shutdown in his remarks, and he was criticized for covering just eight policy ideas. Observer’s John A. Tures summed up the uneven response with the following:

“First of all, Trump started out great. He laid out the economic case for four years that might have won the House of Representatives for the Republicans, instead of demonizing caravans. I was expecting a bump in Trump’s support to approach 50 percent even… Until he claimed that it would all end if investigations continue. I think that was his biggest SOTU blunder, drawing parallels with Richard Nixon’s beleaguered prime-time Watergate defenses. He would have been better off not mentioning it at all.” 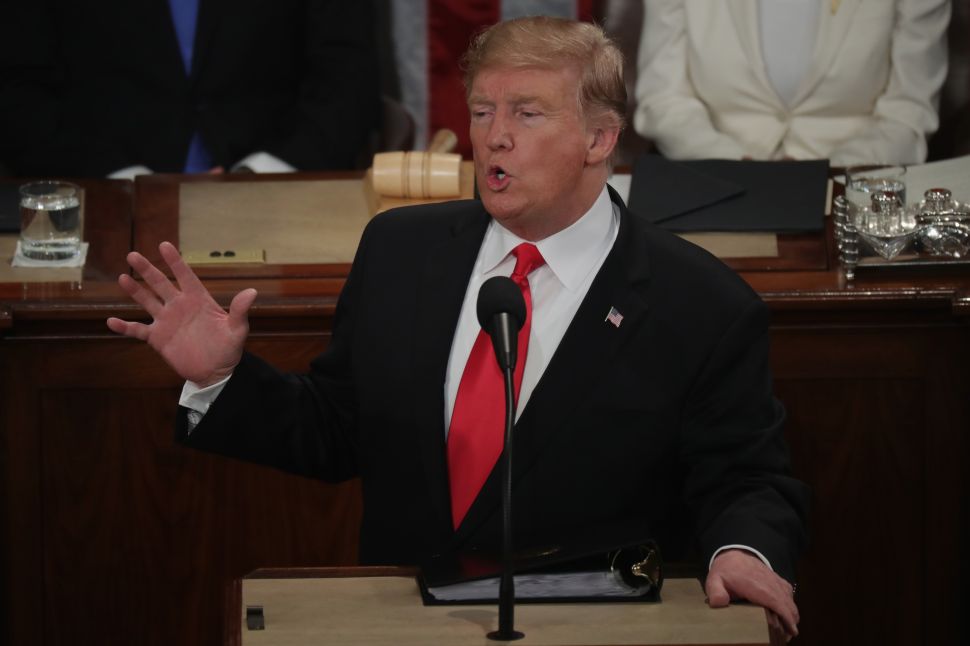