The 11-week trial of Joaquin “El Chapo” Guzman is now nearly over after closing arguments concluded on Thursday.

Here is a look at the closing arguments, the strategy behind them, as well as some highlights from a trial that offered a number of memorable moments.

The prosecution attacked their prey like an anaconda, when most people wanted a shark. The proceedings were slow, bone-crushingly encompassing and involved 14 cooperating witnesses, numerous government witnesses, text messages, videos, call recordings, a few kilos of cocaine evidence (tantalizing for those trying to stay awake) and a rotation of court translators who really had their work cut out for them.

In total, the trial took 38 days, sometimes moving quickly—though mostly slowly—as the prosecution’s long, drawn out case progressed. It was far from perfect.

The closing argument was presented by Andrea Goldbarg, one of the lead prosecutors on the team, and it started off with a bang.

“Behind the mountains of Sinaloa, a bonfire roared in what would become a shallow grave,” said Goldbarg, referencing previous testimony about an El Chapo murder.

The prosecution’s main focus was proving the first of 10 counts against the narco trafficker—Continuing Criminal Enterprise (CCE). This is the charge that, if he is found guilty, puts Chapo away for life somewhere far, far away. El Chapo has amassed 27 CCE violations, 26 drug felonies and one for murder.

Count one has five elements: one or more violations of federal narcotics law, a series of three or more offenses, committed with five or more people, who the defendant managed and profited greatly off of.

The key to proving this charge is the prosecution does not need to prove he is the boss, just a boss.

“As long as he was the boss of five or more people, this element has been proven,” said Goldbarg.

The prosecution spent roughly four hours on count one. Evidence from the case sat on the prosecution table: cocaine, guns and chili-pepper cans (used to transport drugs), among others.

Pictures of witnesses and ledgers from the past three months flashed through a PowerPoint. Seeing everything come together was impressive. The tedious details began to be relevant. Independent facts were matched to multiple testimonies from people who haven’t seen each other in years.

For instance, captured boat shipments were talked about by the Colombian drug lord and generally terrifying Chupeta. They were also talked about by witnesses from the Sinaloa Cartel, and officers who seized the boats. Additionally, records of deals between the Colombians and Mexicans were provided.

“He’s sitting right there. Do not let him escape. Hold him accountable for his crimes. Find him guilty on all accounts,” Goldbarg said in closing.

Watching criminal defense attorney Jeffrey Lichtman attack the government’s case was like watching somebody use a pencil to poke small holes in an above ground pool. There’s a few leaks, but everyone is going keep swimming.

Lichtman began by thanking the jury for their hard work, and apologizing for some of the defense’s tactics.

“Because we can be loud and abrasive at times, mainly I’m talking about myself,” he said. True.

He tugged at the heartstrings of certain anti-government feelings that many Americans have by reminding the jury of how much trouble blind faith in the government has gotten the country in, but ultimately, it seemed inconsequential. They have Chapo on tape using words like “cocaine” and giving his workers (more than five of them) orders.

The crux of his argument was not that El Chapo didn’t do bad things, but rather that the government cheated to get him. They played “fast and loose” with Chapo, allowing issues with witnesses to go unpunished.

“Just for one purpose, to get that bad man over there,” said Lichtman, exaggeratedly shooting his thumbs behind him at Chapo, sitting calmly in a blue suit.

He also made numerous arguments that El Mayo, the cartel leader who has never been captured in his over 50-year career as a drug dealer, was the one who was controlling Chapo and should be the real target. El Chapo’s image, he said, was raised until he became a myth, providing protection for the real bad guy.

Mayo, he said, had to be the one who paid the $100 million bribe to the former Mexican president, since Chapo often was unable to pay his workers (two of them testified to not getting paid), and Mayo was the one who seemed to have received the protection.

“Where’s the Guzman cash?” asked Lichtman. Indeed, nothing of Guzman’s has ever been seized, or found.

“If you don’t believe the cooperators who testified before you, you can’t convict Mr. Guzman,” said Lichtman. “That’s just the truth.”

These are people who “admit to lying every day of their lives, their miserable, selfish lives,” he said, and the government is asking the jury to “have blind faith in them.”

Give him credit, Lichtman went to town on the witnesses, sometimes crossing lines. A few of the highlights, or lowlights, were when he attacked Pedro Florez, the Chicago trafficker who turned cooperating witness before he was captured.

It was a reference to how Florez got his wife pregnant during one of his government debriefing sessions (against the rules), and it elicited more than a few gasps from the gallery. Lichtman quickly apologized, saying he had gone off script.

“And Mr. Guzman, he can’t hug his daughters,” said Lichtman, moving around to the back of the defendant’s chair. “He’s a human being too.”

Lichman seems like the kind of guy who would do something terrible, then make you feel bad for it. Good quality for a defense lawyer. He was reprimanded by the judge for foul language.

“This dude is scary,” he said about Chupeta, bringing up the fact that he bribed Colombian congress to change extradition laws and calling him a “bottomless pit of immorality.”

“He shot people in the face,” said Lichtman, referencing the 150 murders that Chupeta admitted to, which he will only serve 60 days apiece for. Above all, he reminded the jury that Chupeta changed his face with major plastic surgery to avoid capture.

“He changed his ears!” said Lichtman, to a few laughs.

Lichtman also attacked Christian Rodriguez, the millennial who set up phone lines for Chapo, for not paying taxes on the $500,000 he received from the government in exchange for access to the system—plus he got to keep his cartel money.

He “perverted the system,” said Lichtman. Admittedly, it is quite brazen to not pay taxes, especially when you are not even being charged for some very serious crimes.

He attacked the Cifuentes brothers, Alex and Jorge who were Colombian traffickers, for repeatedly fooling prosecutors. Jorge was indicted in Texas for having two tons of cocaine in his house, but got out because of a fake name and handwriting test that didn’t match up. He took it with his left hand.

Alex requested a translator, even though he served as an English translator for the cartel. He also admitted to lying about a number of other things in government sessions, except for testimony about El Chapo.

“Would you buy a used car from a Cifuentes?” asked Lichtman, exasperated. Admittedly, probably not.

Briefly, Lichtman touched on some of the technology that the defense used, or didn’t. They never used a voice expert to discuss the phone calls. There was also a video that showed Chapo interrogating somebody. He was identified because of his trademark hat and black mustache. Lichtman said that if we were going by a hat and mustache, then the person could have been the Frito Bandito. The government also linked the words in the video to a call that they picked up from an open mic in Chapo’s phone, which Lichtman didn’t mention, but the government did during rebuttal.

“You don’t have to give in to the myth of El Chapo,” Lichtman said in closing.

“This trial is about one thing, and one thing only: get Chapo,” Lichtman said in his argument.

Unfortunately for the defense, it really is.

Amanda Liskamm, the prosecutor who delivered the government rebuttal, reminded jurors that the case isn’t about Mayo or the witnesses. “Some of you may even be wondering, was the government on trial?” she asked, passionately.

“You would have to believe that the defendant is the most-unlucky man in the world,” added Liskamm, to believe that 14 people across many decades, some of whom didn’t even know each other, got together and made up a story that was also somehow corroborated with texts, calls and documents.

Nobody likes these witnesses, Liskamm reminded the jury, but they were the people who were close to Chapo, so there was no choice. She argued the defense is trying to get the jury to look at the trees, instead of the forest.

From all of this, there is “only one conclusion,” said Liskamm. It is one which many people have already decided for themselves: “That the defendant is guilty.”

There have been a number of stand-out moments during the trial. The bombshell of a $100 million bribe, watching the defense go at it with humor and flourishes (they once photoshopped a picture of Chapo in a laundry cart), and there was even a time when the defendant and his wife showed up in the courtroom wearing matching red velvet jackets.

None of that matters as the case is now, as it has always been, in the hands of the jury and Judge Brian Cogan. The jury will be charged with their duties on Monday and will begin deliberations soon after.

The jury of Chapo’s peers, if he has any, was often engaged. Some dozed in the courtroom at times—almost everybody did, including marshals, reporters, lawyers and onlookers (this thing was really long)—but they mostly took notes and paid attention. Cogan often commended them on their attentiveness, even when they weren’t in the room.

It is hard to get 12 different people, with 12 different schedules and lives to come together for a book club, much less a three month trial, but somehow the task was managed.

Judge Cogan has been one of the most entertaining figures of this trial. He often had a quip ready and excited laughter.

“Did the computer go out to lunch?” he asked Wednesday, his calm and confident Midwestern twang piercing the courtroom, when the prosecution was having a technical difficulty after the break. The gallery laughed.

There have been changes in the jury since the first time they entered the courtroom, a few haircuts and a sense of comradery. As the trial went on, jurors could be seen talking to each other during breaks (hopefully not about the case), and laughter could often be heard in the hallway as they were entering and leaving.

It was a far cry from the first day they were brought in. The courtroom was asked to stand as a salute to the jury’s service. The jury, not realizing that the honor was theirs, stood as well.

“The jury can sit down. We’re all standing for you,” said Cogan, with a smile in his voice.

Soon, the courtroom will stand for the jury one more time. After three long months, you can bet they know what to do. 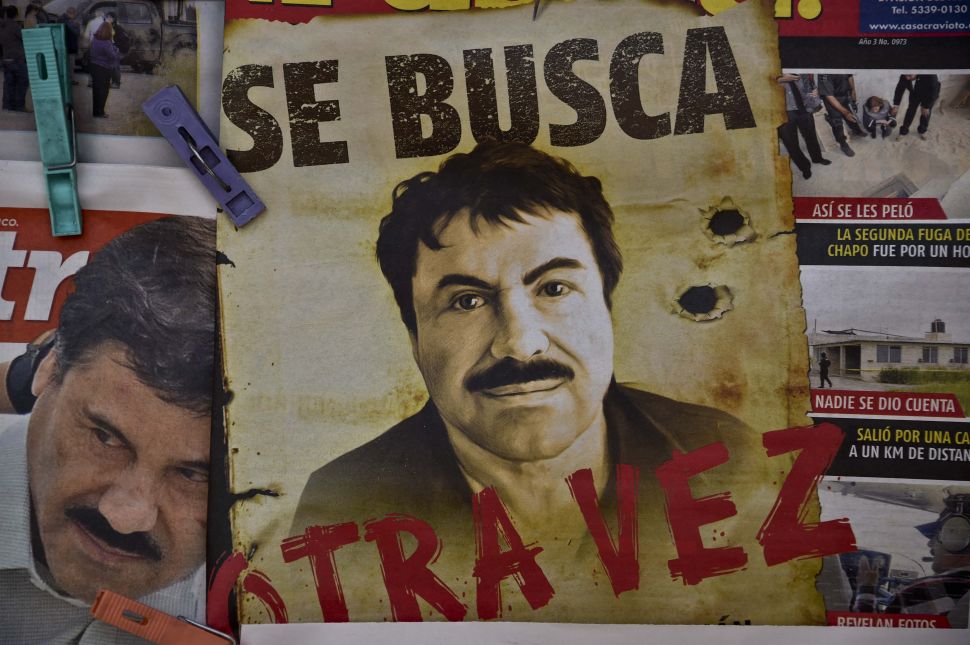