Readers have waited eighteen years since the publication of National Book Award Finalist The Giant’s House for Story Prize winner Elizabeth McCracken’s latest novel, Bowlaway and the payoff is worth it. At the center of this marvelously warm intergenerational novel is a family-owned candlepin bowling alley nestled near Boston. From generation to generation, through various ups and downs, a rotating cast of characters find and lose love while bowling gives them, to quote the book, “something to think about beside your regrets.”

McCracken steers without swerving to face the eccentric with remarkable empathy and grace. With extraordinary language and keen insight, her books offer a smart, but sweeping romance for characters who would otherwise reside at the margins. A crackling, all-consuming family saga, Bowlaway embraces an entangled but enchanted league of offbeats.

At the novel’s opening, two men find middle-aged Bertha Truitt unconscious in a cemetery clutching a bag full of candlepins, a corset, bowling ball and fifteen hidden pounds of gold. Bertha is herself a mystery. She’s no local, but refuses to reveal her origins (“I’m here now,” she says). The one thing she’s clear on is that she has created “a new sort of bowling.” The two men, cemetery watchman Joe Wear and Dr. Leviticus Sprague, become lynch pins in her professional and personal life. The latter becoming her husband and father to their daughter, Minna, and the former becoming the de facto manager of the bowling alley she creates in the town she claims as her own. When asked by her future husband what she was doing in the cemetery, Bertha replies, “Darling sir, I was dreaming of love.”

Quickly, Truitt’s Alley becomes the center of Salford, a town rife with ghosts and secrets. Unbowed by propriety, Bertha opens her doors to men and women alike, mostly misfits who make themselves most at home clustered along the lanes. After Bertha’s life is cut short by the Great Molasses Flood of 1919, Leviticus loses his life in an equally bizarre accident.

“I have always wanted to write about someone who dies of spontaneous combustion or who dies and people say ‘oh that was spontaneous combustion.’” McCracken muses to Observer about the curious death of Dr. Levitucus Sprague. “Those are goals I’ve had for a long time. That and the Great Molasses Flood of 1919.” But she found inspiration in an unlikely literary source: “I was really interested in and was thinking about how I read books of lists, The People’s Almanac and other books that deal with uncanny phenomena. What’s interesting about these books is that they present oddities as factual so there’s a list of eight examples of spontaneous human combustion and then there are eleven versions of reported contact with extraterrestrials. They’re not fiction, they’re stories—some of them ran in newspapers some of them didn’t.”

While there are few things stranger than the truth, so often it’s children who remain most open to the absurdity of life. McCracken continues, “I so loved as a kid being in that space of possibility. Being creeped out by reading things that I thought probably weren’t true but might be true.” Though certainly less monstrous, this dark draw is reminiscent of Katharine Dunn’s cult novel Geek Love and gives Bowlaway a certain verve that is so often lacking from many popular novels.

Regarding the novel’s unifying pastime, McCracken reflects, “I feel like I landed on bowling on pretty early. While I love intergenerational novels, it’s generally easier for me if I have a piece of material to wrap the story around.” The novel was also a means to curb a particular strain of homesickness. McCracken notes, “I’m a New Englander. Even though I didn’t spend my entire childhood there, it was home for most of my childhood. Because I live in Austin at the moment, I’m very aware that I am an outsider, so I was looking for something that seemed quintessentially New England-ish. I thought of candlepin bowling.”

For those unfamiliar to the regional sport, candlepin differs from traditional tenpin bowling in several ways. The pins are smaller in size as are the balls. Each frame allows for three balls rather than two. It’s a more challenging sport that its more popular counterpoint, but rouses an equal enthusiasm throughout Canadian Maritime provinces and the New England states where it originated in 1880 before the tenpin bowling that most Americans know best.

At its heart, Bowlaway is indeed a wildly American story that chips away at the notion of the self-made man. Few characters are what they seem to be and the success they claim so often comes at the cost of running away from one thing or another. Bertha’s discovery of a twist on candlepin bowling establishes a local institution. A doctor struggles with alcohol and turns away his daughter who finds a new home on stage performing with an unbound joy. A preacher’s sanctimonious zeal for gendered segregation masks his gambling addiction. His son looks to a forgotten would-be relative to escape home for academia. An orphan with no family tree to speak of becomes matriarch to a family whose roots dig deep into the bowling alley.

It’s a formula that could only be guided without an over-arching design. “I’m one of those writers that can’t think about a novel without writing a novel. I think there are some people who can do quite a bit of thinking about books and then sit down and write them and I’m not capable of doing that. I need to actually write through it. I finished the book from beginning to end relatively quickly but I did many, many complete drafts. I always did the thinking as I wrote.” While McCracken allows the story to unfold on its own, she does admit to a specific vision: “There are things that embarrassingly I keep returning to over and over again. I write pretty baldly of varieties of love and family and oddballs and the relationship of work to the rest of life.” Given the unbridled play of words and unforeseen connection, may her next novel present itself to her sooner than the last. 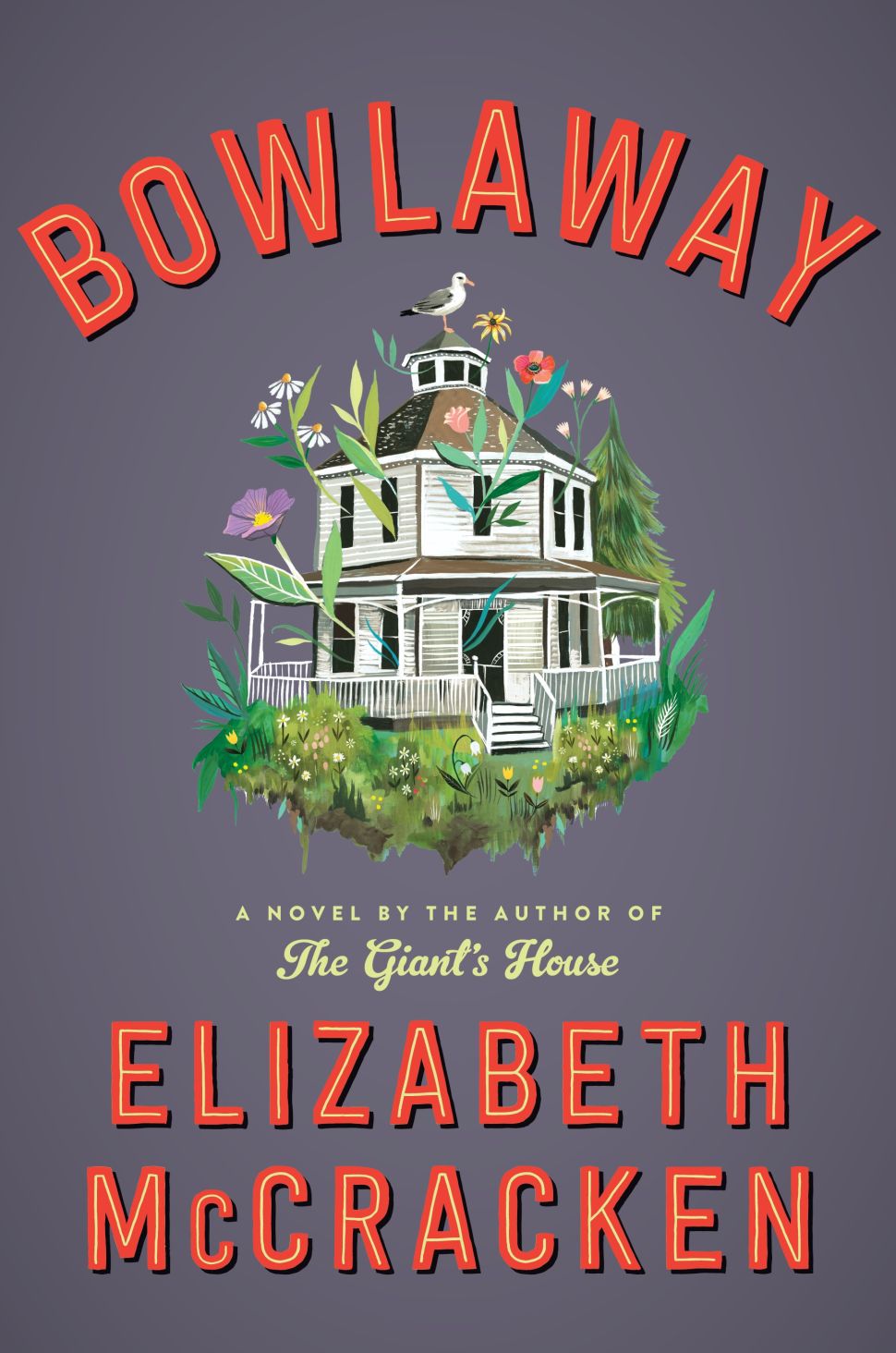