This time last year, Tesla was swamped in criticism as the production rate for its first mass-produced, affordable car, the Model 3, kept falling behind the ambitious 5,000-units-per-week target set by CEO Elon Musk.

After several months of back-breaking, round-the-clock work on Tesla’s factory floor, Musk eventually reached the 5,000-unit milestone in July last year, a good half year behind his originally planned timeline.

But now, after nearly a year, as he looks back on Tesla’s production crisis of 2018, Musk suggested that it actually wasn’t such a big deal as the media portrayed at the time and that the recent production ramp-up at Tesla would have been less surprising had people truly understood his approach for planning such things.

The key characteristic of that approach is an exponential growth curve, Musk said during a podcast interview with investment firm ARK Invest on Tuesday.

“On an exponential curve, the difference a year or two can make is enormous,” Musk said. “We got a lot of criticism for the number of cars we delivered in 2017. The area under the curve of production in 2017 was quite small, because it was the beginning of an exponential ramp. But then, once that got going, the area under the curve was enormous. That’s why people were so shocked.”

“Getting to 5,000 cars per week was offset by approximately six months from my initial estimate last year,” he went on to explain regarding the Model 3 case. “I thought it would be there in 2017, but it took us six months longer. In the grand scheme of things, six months late for a massive new program is not much, but this was characterized in the press in terms of the percentage of units instead of counted shifts. It was perceived as a massive [production] shortfall when in fact it was merely a six-month delay.”

“I kept trying to say this, but I guess people didn’t seem to understand what an exponential [curve] means,” he added.

On a broader scale, moving past the initial phase of Musk’s exponential growth curve allowed Tesla to produce a total of 245,240 cars in 2018—almost double the number in 2017.

“Cumulatively, we delivered about as many car as we had made in our entire history,” Musk said proudly. Tesla has been around since 2003. 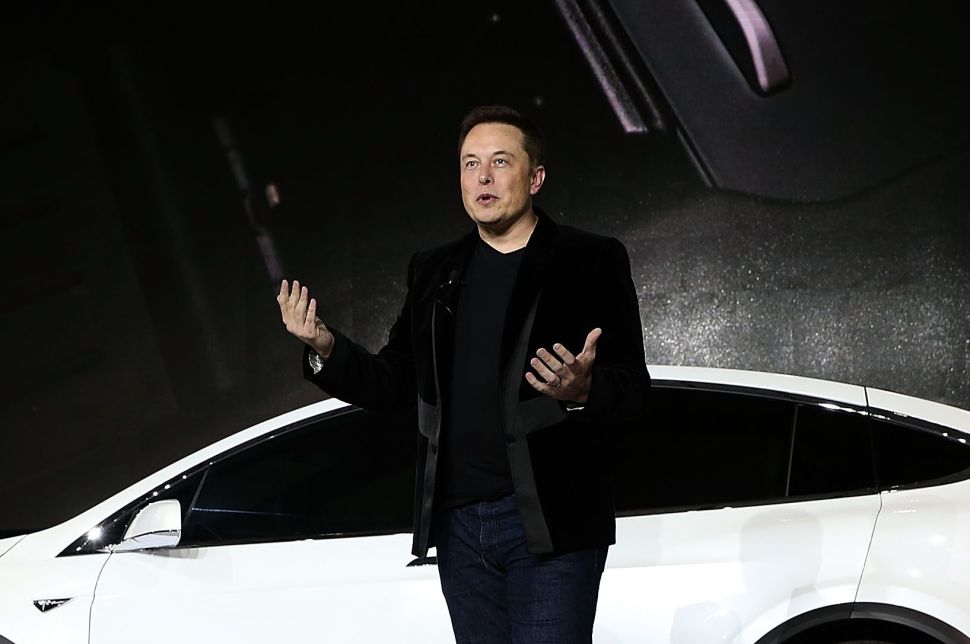