Politics is no stranger to hyperbole, but the stakes in the 2020 presidential race are high—certainly higher than they’ve ever been in our lifetime, and quite possibly the highest since the founding of our country.

The 2020 presidential election is not a battle about how we as a nation are going to address health care, a debate about the degree to which we want to entangle ourselves in foreign wars, or even a referendum on such starkly divisive issues as reproductive rights; 2020 is a battle for our national soul.

For Democrats—and frankly the majority of independents—the Trump presidency isn’t another chapter in the long-running American family feud about how much to tax or spend or debating the appropriate size of government; this is about preserving America’s democratic institutions and its ability to emerge from this presidency whole with our system of government intact.

With such high stakes, it’s both remarkable yet unsurprising that so many Democrats have already entered the 2020 presidential fray. With this past weekend’s announcement that Minnesota Senator Amy Klobuchar is throwing her hat into the ring, there are now nearly a dozen serious and somewhat prominent Democrats in the running. The problem is, with the possible exception of Elizabeth Warren, not a single one of them is running for president; each of the declared Democratic candidates for 2020 is really only hoping to get enough national recognition to emerge as a strong enough anchor for the bottom of a presidential ticket for one of the four big boys: Biden, Bloomberg, Beto or Bernie.

Make no mistake about it—America will have a woman president in the White House sooner rather than later, and history will be made by electing a Latino president within the next few election cycles as well. And yes, some day, although it’s probably a generation or so away from happening, this country will eventually elect a president from the LGBTQ community.

Analysts on cable TV sound like a scratched CD that keeps repeating the same sound bite over and over—that Democrats need find a candidate who can fire up the base. But how much more firing up do they need? My guess is that Democrats will be out in unprecedented droves on election day in 2020, no matter who the candidate on ballot is with a ‘D’ next to their name; they just want Trump gone.

The key for Democrats isn’t to worry about firing up their base, it’s about keeping the ad hoc coalition of voters who opened up a backdoor for Trump to sneak into the White House in 2016 at bay; Democrats need these voters to stay put on election day. Democrats can’t afford—this time—to give politically unengaged yet conservatively-minded Americans a reason to come out to vote against someone from the far left.

From Kamala Harris to Cory Booker to Julián Castro, Everyone Is Really Running for Vice President

For Democrats, outside of those 25 percent or so of Americans who comprise Trump’s base (those who would stand by the president even if he declared martial law next week), the rest of the electorate is in play. And as the vetting process continues for deciding who gets to carry the party mantle into the ultimate showdown with The Donald, it’s clear that Kamala Harris, Cory Booker, Kirsten Gillibrand, Julián Castro, Pete Buttigieg, Tulsi Gabbard—and now add to that list Amy Klobuchar—are all running for the same job: vice president of the United States; none of them has what it takes to put a pancake block on Donald Trump and Mike Pence, and they know it.

The current list of declared Democratic contenders all offer, to varying degrees, important geographic, ethnic, religious and in some cases age and gender balance to a top of the ticket that, barring an Obama-like, rocket-fueled take-off of Beto O’Rourke on the national stage, is a drawing from a decidedly unsexy gene pool comprised of 70-year-old Caucasian men: Former Vice President Joe Biden, former New York City Mayor and billionaire Michael Bloomberg and Senator Bernie Sanders

The one exception is Elizabeth Warren, the firebrand senator from Massachusetts who is giving private wealth managers from Zurich to Bel-Air a significant amount of heartburn with her talk of a two percent wealth tax on estates valued at over $50 million. She does not likely see herself as someone polishing off a ticket for Biden or Bloomberg (not that either of them would even consider her as a running mate). Nor is she someone who would be keen on playing second fiddle to Bernie Sanders or Beto O’Rourke. In fact, her reputation as being a highly divisive figure coupled with the nagging imbroglio over her claims of Native American ethnicity have made her damaged goods as far as becoming just about anyone’s running mate.

But Warren aside, the other names that are out there making pit stops in Iowa, New Hampshire and South Carolina are all about burnishing their credentials to show the Big Boys, the “Big B’s,” that they can help carry key states in the general election.

Within the Next 60 Days, Biden, Bloomberg, Bernie and Beto Will All Likely Announce Whether or Not They Are Running in 2020

To date, none of the Big Four have formally entered the race. Biden has the name brand, national gravitas and the Obama coattails. Bloomberg brings a track record of private sector innovation and public sector competence funded by a bottomless war chest. The likelihood of a Bloomberg candidacy is really a function of whether Biden decides to run or not. Current ‘Inside the Beltway’ thinking is that if Obama’s former veep jumps in—its increasingly likely that Bloomberg would stay on the sidelines helping the Democrats’ efforts in other important ways, as both men recognize there is probably not enough oxygen in the race for two septuagenarian centrists.

One might easily imagine a Biden-Booker hook-up that bridges generational and racial divides. Biden-Harris or even a Biden-Klobuchar pairing (“Vote Joe and Amy!”) would not only give some added gender balance to the Dems’ ticket, but add some valuable geographic and, in the case of Harris, multiracial texture as well.

If Bloomberg were to run, a Bloomberg-Booker ticket might not be all that surprising, given that the two developed a close relationship when they were mayors on opposite sides of the Hudson river (Bloomberg in New York, Booker in Newark). But Bloomberg, who is widely regarded as something of a hiring savant for his ability to attract and find the best people for top roles at his company and in New York City government, is much more likely to cast a wider net that goes far beyond the reaches of former Democratic contenders whose campaigns simply ran out of gas in searching for a running-mate. He might pair nicely with Ohio Senator Sherrod Brown, who is still purportedly considering his own “vice presidential run,” while conducting a listening tour aimed at giving him additional time to mull over his presidential prospects. JFK’s daughter Caroline Kennedy and former Planned Parenthood chief Cecile Richards, daughter of former Texas Governor Ann Richards, are names that are often bandied about in political circles as effective counter-balances to a possible Bloomberg ticket.

And then there is Bernie Sanders. Arguably the DNC put their thumb on the scale to curtail his efforts in 2016, and although the senator from Vermont still hasn’t formally entered the race, he still has access to the most ferocious digital fund-raising apparatus of anyone in the race thus far; the real question is if he has it in him to make another go at it, especially after the widespread claims of sexism from his previous efforts still haunt him. Pundits think his entry is a foregone conclusion, as evidenced by his recent moves to staff up his digital team, but how much momentum he can gain in a crowded field is an open question. If Sanders were to secure the nomination, he would likely take a hard look at names like Amy Klobuchar as providing some geographic, generational and gender balance to his ticket.

Finally, there is the outlier. The dark horse. Former Texas Congressman Beto O’Rourke, despite losing his recent senate race against Ted Cruz, emerged from his 2016 bid as a national celebrity and, much like the Notorious AOC, is being hailed as a rising superhero in Democratic Party politics. And although his running in 2020 is not a foregone conclusion, he is the one candidate who could catch fire much like Obama did in 2008. In his case, should he secure the nomination, he might look to Klobuchar, Booker or even, in a bid to turn the Lone Star State blue and pick up the haul of its 38 electoral votes, pluck fellow Texan Julián Castro to fill out his ticket.

2019 and 2020 are going to be full of endless storylines as the Democrats elbow one another for the rights to play dragon slayer. But keep in mind that no one in the race, as of yet, is actually running for president; for all those pols who have already declared their candidacies for 2020 and are out there crisscrossing the country, the good news is that there are in fact plenty of opportunities, but they are all at the bottom of the ticket, not the top.

But all of them already know that. 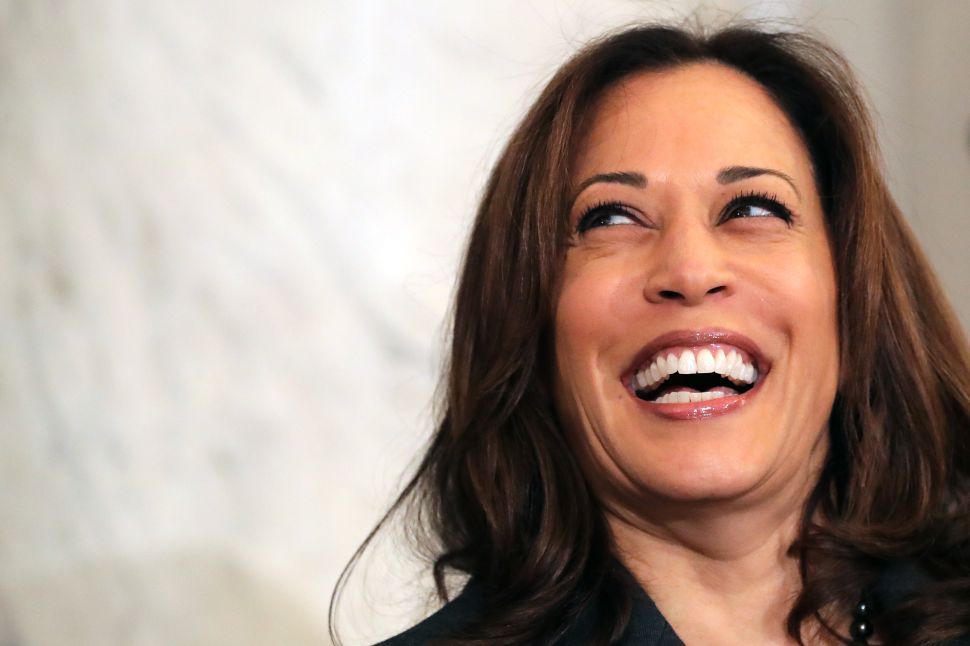