Iranian filmmaker Asghar Farhadi, whose earlier films A Separation and The Salesman (both Oscar winners) were critical if not commercial successes, now proves the third time around does not necessarily break the spell. Working for the first time in Spanish, his new film Everybody Knows, despite the glamorous ignition sparked by co-stars Penélope Cruz and Javier Bardem, is a family epic that is strangely ineffectual and disappointingly underwhelming.

Farhadi specializes in films about talky moral vicissitudes that often result in group opposition. In this one, Laura (Cruz), after years of marriage to a rich businessman in Argentina, returns home to a small rural Spanish village near Madrid with her two children to attend her sister’s wedding. In a close-knit community where neighbors all know each other’s business, friends, associates and a battalion of relatives welcome her with a joyous reception. After half an hour of exposition during which sorting out the many relationships is next door to impossible, the wedding celebration—with its heavy-duty feasting, drinking, dancing and partying—skids to a halt.

Laura’s teenage daughter Irene goes missing, and the kidnappers send a ransom note demanding €300,000. The criminals warn them that if they call the police, Irene will die. To make matters worse, Irene is ill and without her medicine. Everyone thinks Laura’s husband Antonio (Ricardo Darín) will quickly pay the ransom, but when he arrives from Buenos Aires, a lot of secrets come out of the various closets and invade the reality of true despair.

Everybody knows the elderly family patriarch Antonio (Ramon Barea) is a drunk who once gambled away the family land, vineyard and money to a servant named Paco (Javier Bardem) and has resented him ever since. Everybody knows that Laura and Paco used to be lovers. Everybody knows Paco’s barren wife Bea (Barbara Lennie) is jealous of Laura’s place in Paco’s heart as well as her two children, who could have been Paco’s.

What they don’t know is that Laura’s husband, Antonio, is bankrupt. The only person who can now afford to save Irene is Paco, who must sell off his vineyard to do so. The director builds his customary sense of tension, but the big reveal—who kidnapped Irene?—is pretty obvious from the start as an inside job. The plethora of suspects and red herrings are mere distractions from the slowly paced trajectory.

Cruz does a fine job of going from radiant beauty to haggard anxiety, terror and hysterics, but this is an ensemble piece showcasing some of Spain’s best actors. The film fails to sustain its initial suspense but succeeds in giving its gifted cast the balance of power it badly needs. Whether facing the dilemma they’re in or reliving the dead passions of their past, Cruz and Bardem are vital, forceful and poignant. However, the seemingly endless discussions of class differences, financial jealousies and property values grow tedious. The emotions in Everybody Knows are palpable, but the storytelling stumbles. 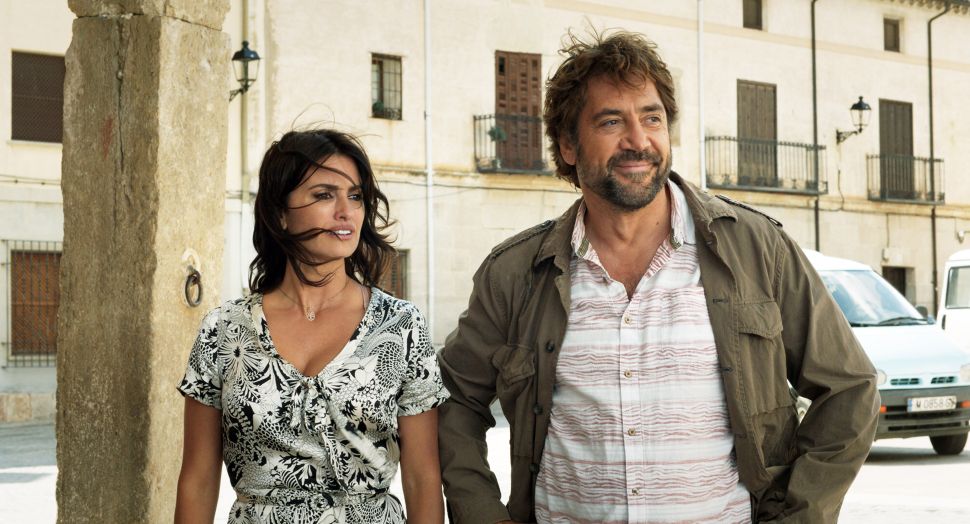