It’s not Jay Gatsby’s mansion, but there is a way to spend the night in a major piece of F. Scott Fitzgerald history. The Montgomery, Alabama home where F. Scott and Zelda Fitzgerald once resided is now available as an Airbnb, and it’s actually quite affordable.

The two-bedroom apartment is situated on top of what is now the F. Scott and Zelda Fitzgerald Museum, and is offered for $130 a night, as first noted by Architectural Digest. The Craftsman-style Cloverdale abode, originally built in 1910, was previously a single-family home, but was divided into four apartments after the Fitzgeralds moved out.

The Fitzgeralds lived there from 1931 to 1932, and the Airbnb listing notes that they each wrote portions of novels while there—Zelda worked on Save Me the Waltz, and F. Scott penned parts of Tender Is the Night.

The two-bedroom unit is aptly named the Zelda Suite, perhaps because she was a Montgomery native, who grew up just about a mile away from where the museum is currently located. The literary getaway has a full kitchen and bathroom, and the master suite is furnished with a queen sized bed, while the secondary bedroom has two twins. There’s also a living room, separate dining room and a sun porch.

The home’s decor is an homage to its famous erstwhile Jazz Age residents, with pillows embroidered with quotes from Zelda including, “She refused to be bored chiefly because she wasn’t boring,” as well as a pillow with the quip, “I wish I had done everything on Earth with you,” which is actually not a phrase either Fitzgerald wrote, but a quote from Carey Mulligan’s Daisy Buchanan in Baz Luhrmann’s 2013 adaptation of The Great Gatsby. Still works, though!

Guests receive a complimentary tour of the museum as part of the Airbnb stay, where you can peruse memorabilia such as photos, letters, books and personal possessions from the legendary couple. If you’re planning a visit, consider a certain time in May—the museum is hosting its annual Fitzgerald Gala on May 4, celebrating the museum with a vintage-esque carnival. 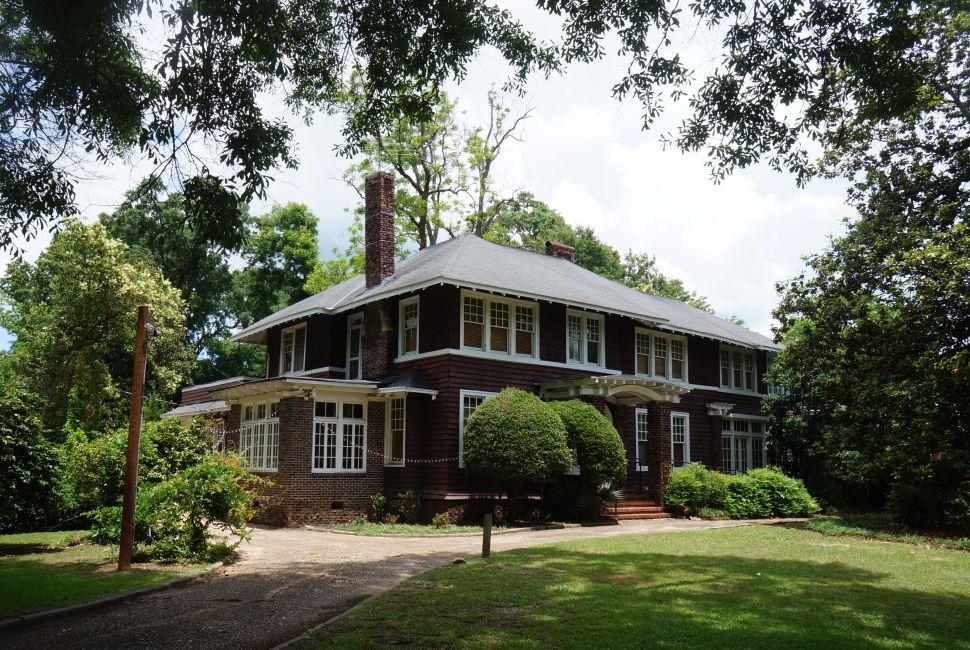