The New York Attorney General’s Office has subpoenaed an internet advocacy group operated by President Donald Trump’s political allies. According to a Gizmodo report, Trump’s former statewide director in Maine, Christie-Lee McNally, was responsible for running an online campaign through her organization Free Our Internet—which is said to have disseminated 800,000 fake comments related to the repeal of net neutrality.

Here is why this push, and the federal investigation surrounding it, is important to the Federal Communications Commission’s (FCC) repeal of the Obama-era policy.

Both the Justice Department and N.Y. Attorney General Barbara Underwood are investigating four “buckets” of suspected fake comments on the FCC’s website—investigators believe that roughly 9.53 million involve stolen identities. While the investigations center on larger firms, such as the decades-old Center for Individual Freedom, Free Our Internet involves players directly in the president’s orbit.

In addition to McNally, Gizmodo notes the firm’s stances on net neutrality were promoted by former Trump advisor Roger Stone and conspiracy theorist Jerome Corsi—both of whom are under investigation by the special counsel’s office.

How This Affects Net Neutrality

Although it is not clear to what extent FCC Chairman Ajit Pai cited fake comments in his decision to overturn net neutrality, he was presented evidence that the comments process was compromised. Ahead of the agency’s official decision to repeal the policy in December 2017, former N.Y. Attorney General Eric Schneiderman wrote in a letter to the FCC that the process had “been corrupted by the fraudulent use of Americans’ identities.”

“What this means is that Congress must now investigate Pai’s deliberative process, and examine to what extent false data or special interests influenced the change in policy,” Josh Shepperd, an assistant professor on media studies at Catholic University, told Observer. “It’s clear that he was publicly notified, and did nothing to rectify or take into account that the data he was citing to make his decision was compromised.”

Many experts have anticipated that net neutrality’s repeal will allow internet service providers to charge consumers more for services, while siphoning off access to their competitor’s platforms. Given how former members of the president’s network were involved in a push to change the policy—two of whom are under investigation on the question of Russian collusion—a probe into what directed the repeal may mean the ongoing net neutrality saga is far from over, and there is a chance your internet bills will stay as is. 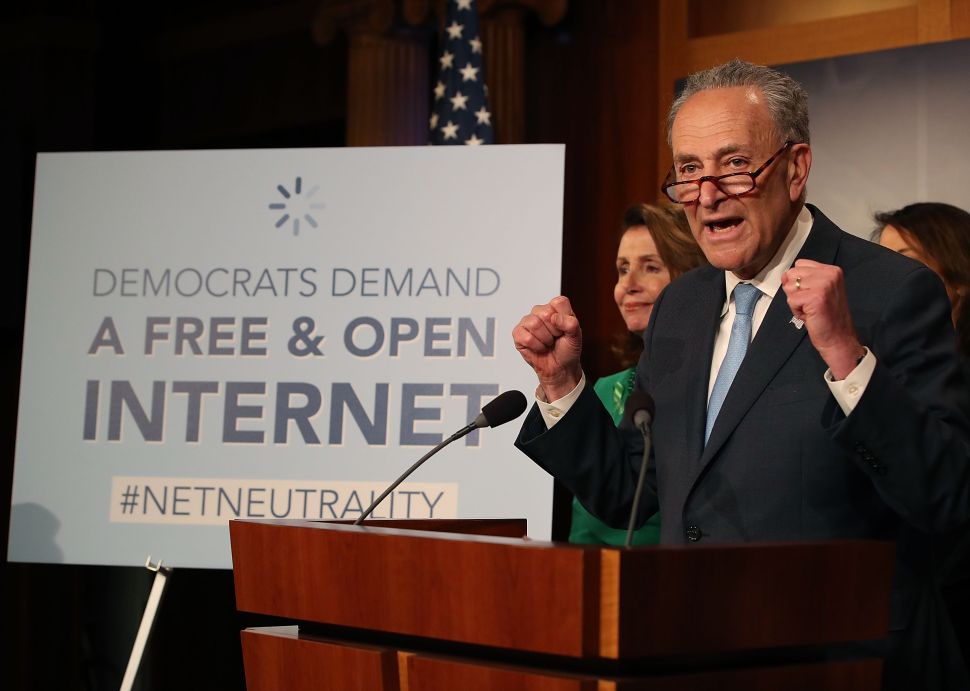