For many, a Matisse is a Matisse and nothing else. Most likely (depending on taste) you’d also consider any work by this lauded French artist to be an exemplary piece of art. For some with the means, one of his vibrant Fauvist canvases also represents the opportunity for a good investment. And for those who once had the money but now face a financial emergency or the sudden opportunity to purchase something even more extravagant, a Matisse could become a way to pay the bills—and still leave it hanging in its prized place on the wall.

Increasingly, art owners have become willing to use items from their collection as collateral for loans to pay for something else. Perhaps a sign of how rapidly the field of art lending has been growing is the acquisition announced January 25, of a U.K.-based art loan company, Falcon Fine Art (formerly a division of the business management consulting company, Falcon Group) by the London-based Fine Art Group, which similarly arranges art-secured loans. “We now control virtually 100 percent of specialty art lending in the U.K.,” Freya Stewart, chief executive officer of the Fine Art Group’s art lending service, told Observer. Fine Art Group also offers an art advisory service and investment opportunities in private equity art funds.

But The Fine Art Group’s lending program is fairly new, dating back only to early 2017, when they began making loans of between $500,000 and $150 million to an initial group of clients. A number of those collectors have since taken out more than one loan secured exclusively by artworks in their possession. Most of the loans Fine Art Group disperses have two-year terms, with annual interest rates of between five and eight percent, and the few defaults that have occurred since its program began have not resulted in any capital losses, as “the underwritten art was taken to market and sold, never at a loss.”

She noted that Falcon Fine Art’s volume of clients and business model are similar enough to that of the Fine Art Group’s that the transition looks to be smooth.

Stewart said that her growing staff has been “busier than ever,” with inquiries coming every week by art owners seeking to turn their “illiquid assets” (art) into “liquid assets” (cash) without “giving up their prized art possessions permanently.” These art owners are “increasingly sophisticated, looking at their art in the same way that they look at their other assets, using due diligence when they acquire or sell objects and using these assets as leverage when needed.”

Others have seen the same trend. New York lawyer Judd Grossman, who has helped numerous clients arrange loans based on their artwork as collateral, likened collectors taking out loans backed up by their art to second mortgages and home equity loans, which are long-established ways to raise money for one or another purpose. He has “the sense that there is an increase” in this kind of borrowing and lending, as “high-end, sophisticated collectors have become more comfortable treating their art as an asset like any other asset, and financial institutions have become more comfortable making loans collateralized by art.”

And it isn’t just private art collectors who leverage their artwork for cash. Paul Cossu, a partner at Pryor Cashman LLP, assists art dealers who use art in their inventory as collateral for loans. “Most often, dealers are looking to buy a work that just came onto the market, other times they may need the funds to cover the operating costs of their galleries,” he said. At times, lending to dealers may get tricky, since the dealer’s goal is still to sell that collateralized artwork. The gallery owner may need to work out with the lender permission to take the art out of the gallery, for instance, to an international art fair. “Things can get complicated as lenders usually like to have control over the collateral, but it can all be negotiated,” Cossu said.

There are some other independent finance companies that offer loans against art, like New York’s Art Capital Group and Athena Art Finance and Denver’s Loans on Fine Art, LL. And high-end pawn shops like Borro, Sutton’s & Robertson’s, and The Dina Collection also accept art as collateral. The pawn shops’ appeal is that they rarely have a minimum loan amount and their approval process may take just hours rather than days or weeks. But then, in these all these instances, you don’t get to keep the art on your wall.

Sotheby’s Financial Services, a division of the auction house for the past 30 years, also makes both cash advances against consignments (generally, at 50 percent of the low estimate) and direct loans of no less than $1 million with renewable two-year terms.

And there are some banks that make art-secured loans (such as Citibank, Goldman Sachs, J.P. Morgan and U.S. Trust), but they generally will not make loans of less than $1 million, and they usually require a personal guarantee from borrowers collateralizing their loans with works of art, according to Thomas C. Danziger, a Manhattan lawyer who represents several banks that make these types of loans. “The loan agreements are written in such a way as to let the banks pursue other assets if there is a default,” rather than just taking the art, he said.

He added that banks prefer to lend against the value of a group of objects—the Picasso, the Matisse, the Keith Haring, for instance—than against just one piece whose value may shift downward. But not so for firms that combine an expertise in the market with financial savvy. It may be priceless art in your eyes, but for them, your solid investment is potentially theirs as well. 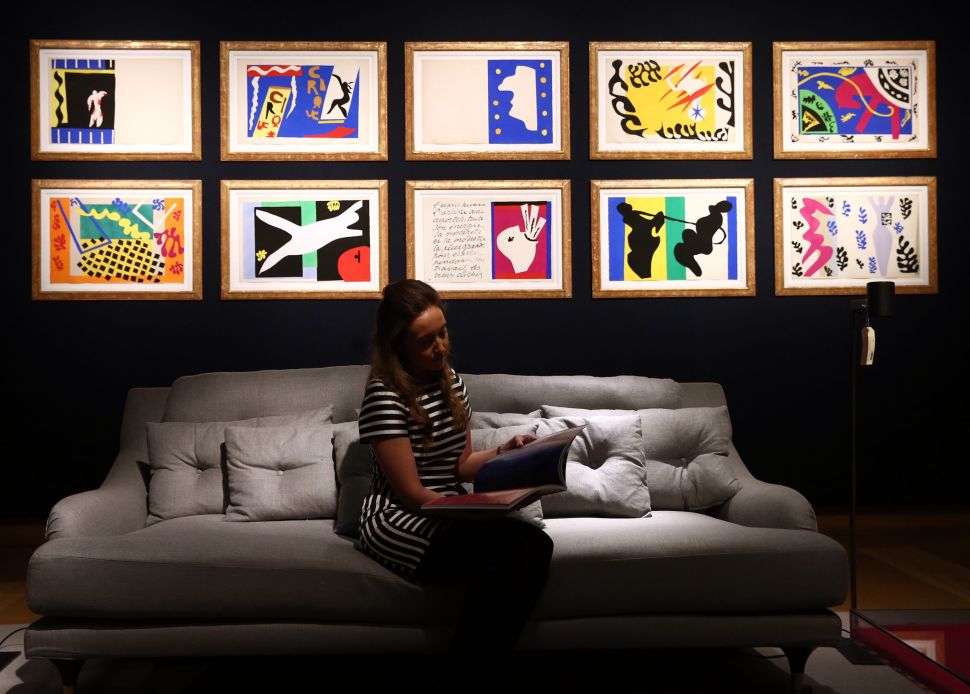