New York Gallerist Mary Boone has been sentenced to 30 months in prison and 180 hours of community service for falsifying tax documents in 2009, 2010 and 2011. Speaking to an audience of roughly 40 journalists, art professionals and family members, Judge Alvin Hellerstein delivered the verdict on Thursday with a careful mix of compassion and deliberation.

“It’s very difficult to put together,” he said of the judicial process, describing the need to consider the seriousness of the offense, adequate deterrence and the character of the defendant. Ultimately, Hellerstein came just shy of following the prosecution’s sentencing recommendation of 36 weeks of detention for defrauding the government of more than $3 million.

The sentence affirms expert predictions that the dealer would not escape a prison sentence, though Boone’s defense lawyers, Robert S. Fink and Michael Sardar, were seeking 1,000 hours of community service and house arrest. Boone, 67, will not head to The Federal Correctional Institution, Danbury until May 15, a date requested by her lawyers so that she has enough time to close down the gallery.

Throughout the trial, Boone sat soberly, her head lowered and her face in her hands. The defense made a long and impassioned argument for Boone, referencing testimony by therapists and psychologists provided to the court in their arguments. Among them, forensic psychologist Dr. Sanford Drob, Ph.D. described Boone’s behavior as rooted in “an exaggerated fear of loss, poor reality testing, distorted thinking and distortions in her perception of reality.”

As Fink summarized, “being fearful of losing, that the world is falling around you” motivated the crime, not greed.

Hellerstein did not appear convinced. “You can’t say she didn’t know what she was doing was wrong,” he interjected. When Fink agreed, the judge concluded. “Then she had control to stop it… I sentenced two other people this week who didn’t have to do what they did.”

From the start, Hellerstein’s remarks suggested he would not be following the leniency recommended by Boone’s defense. The judge opened the court by explaining the importance of adhering to the sentencing guidelines congress put in place 10 years ago—recommendations that would place Boone in jail. The sheer scale of the crime furthered the likelihood of a sentence that would include detention.

As prosecutor Olga I. Zverovich pointed out, Boone’s falsifications were not insignificant and “extended over a three-year period.” The gallerist continuously mischaracterized personal expenses as business deductions, including more than $900,000 to remodel her Manhattan apartment and approximately $300,000 in credit card charges for beauty salon purchases (which totaled $24,300) and designer items from brands like Hermès ($14,000) and Louis Vuitton ($5,600).

Additionally, she engaged in a complicated tax scheme that involved artificially inflating the gallery’s expenses to indicate losses when the gallery was generating profits. For example, in 2011, Boone transferred $9.5 million from one business bank account to another and maintained a falsified check register that she supplied to the accountant so that she could inflate the gallery’s losses.

“It’s brazen, it’s expensive and she spent the money on herself,” Zverovich told the court, a counter to the defense argument that fear, not greed, was the motivating factor for the crime.

If Zverovich sees the case as significant, she isn’t alone. According to an explanation provided by tax lawyer Richard Champion, the size and scale of the scheme place the crime in the category of tax evasion, which has a maximum penalty of five years in prison. But the prosecutors accepted a guilty plea for falsifying tax documents, which has a cap of three years in prison, thus all but guaranteeing jail time.

Still, the sentence is a lot less than Boone could have received. “This deal for her is a good deal,” Champion said.

But from the gasps in the room when Hellerstein announced that Boone would be released from prison by June 2021, attendees may not have fully grasped the gravity of the situation, even if they understood the magnitude of the crime. This sentiment was reflected online as well, with prominent critics such as New York magazine’s Jerry Saltz claiming over Twitter that all dealers would need to be locked up, implying that misdeeds like this are more common than expected.

Such tweets would have only lent merit to Zverovich’s argument that in a case as serious as Boone’s, a sentence of community service only “would incentivize this kind of crime.” Said Zverovich, “These are people who plan.”

Before the sentencing, Boone gave her own statement, acknowledging her crime and its effects on her life. “I’m sorry to the court, my family, my friends and my country,” she said, reading from a script she had prepared. “My bad decision has brought shame on them, and I wish I could take back what I have done. I feel like a pariah.”

But Boone also asked that the judge remember the other things she’d done. “I’ve worked hard for 40 years,” she said. “I did a lot to help artists.” To which Hellerstein replied, “It’s clear.” 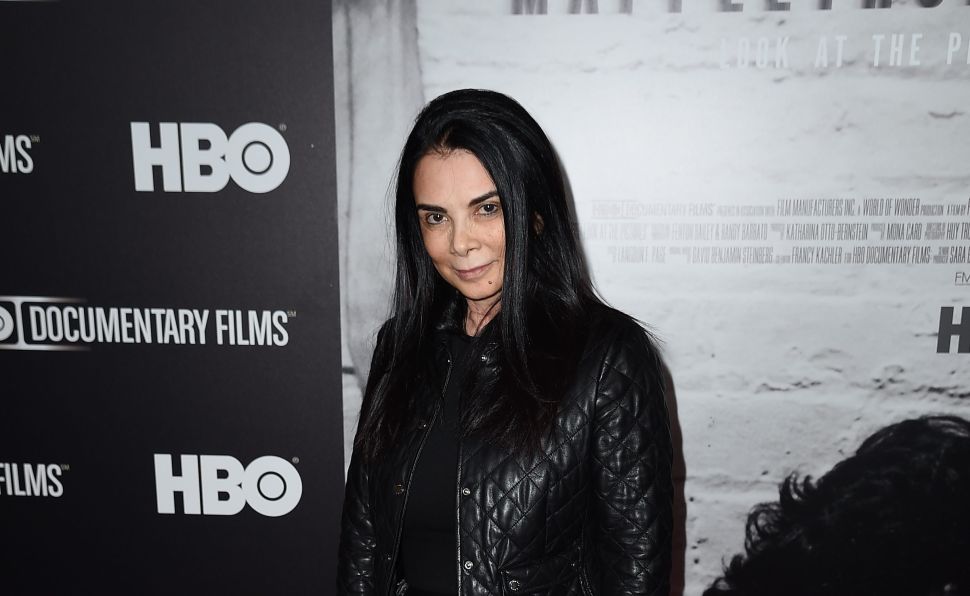