California Governor Gavin Newsom slammed the breaks on a high-speed rail system once lauded by the Obama administration as its “transportation legacy.”

Despite receiving $3.5 billion in federal funding, the $77 billion initiative “cost[s] too much and, respectfully, [was taking] too long,” said Newsom during his State of the State address. Not to squander the funds, Newsom announced the project would be completed as a shorter rail through California’s Central Valley.

“Abandoning high-speed rail entirely means we will have wasted billions and billions of dollars with nothing but broken promises, partially filled commitments and lawsuits to show for it,” said Newsom on Tuesday. “And by the way, I am not interested in sending $3.5 billion in federal funding that was allocated to this project back to Donald Trump.”

California’s stalled high-speed system casts doubt over another ambitious Democratic policy initiative: Alexandria Ocasio-Cortez’s ‘Green New Deal‘ package. In a since-deleted FAQ posted on the congresswoman’s website, one of the resolution’s objectives is to “build out high-speed rail at a scale where air travel stops becoming necessary.”

Given the failure of California’s high-speed rail (which even enjoyed a majority approval on a 2008 ballot initiative), it is hard to see how a federal overhaul to build out similar infrastructure is politically feasible. If a state controlled by Democratic lawmakers could not move past hurdles over eminent domain and state versus federal funding, then how can a divided nation upend its entire transportation system? 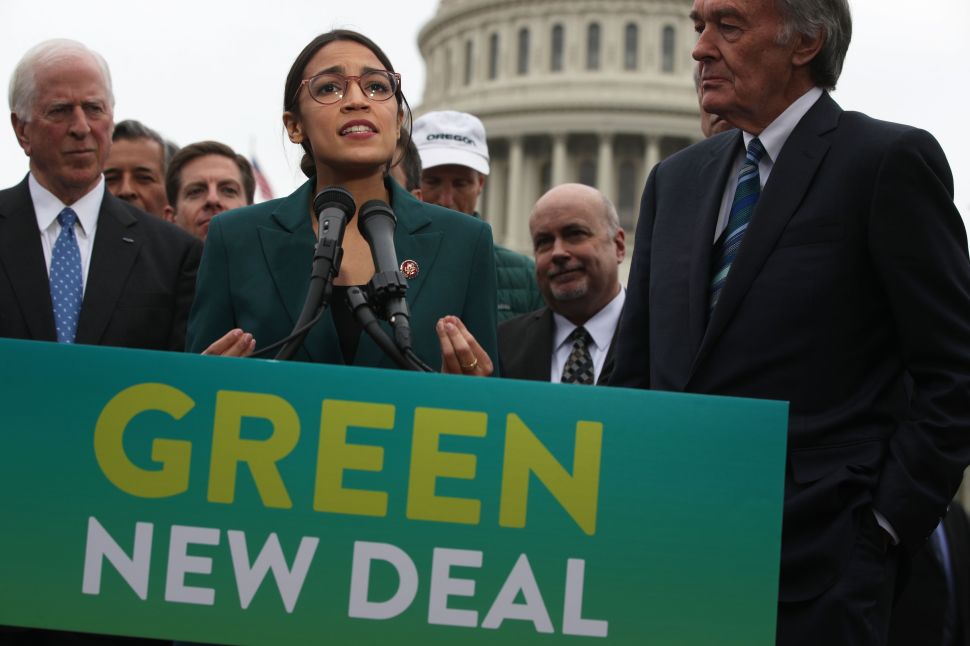