“The border ’emergency’ is a manufactured crisis, and California will not be part of this political theater,” the governor wrote in his State of the State speech that he will give on Tuesday, according to a copy given to the Associated Press.

During his address, Newsom will announce plans to withdraw over 300 National Guard troops stationed at California’s border and reassign them to tasks to prevent wildfires and drug trafficking—the latter of which will require authorization from the Department of Defense. The move, which Newsom says will “refocus on the real threats facing our state,” follows an announcement from New Mexico’s Governor Michelle Lujan Grisham to relocate soldiers who were deployed to the border last April.

Newsom’s rebuke of the president’s immigration hardline is partially a break from his predecessor. Responding to the Trump administration’s request for a heavier National Guard presence last spring, former California Governor Jerry Brown deployed troops to the border.

The responsibilities between federal and state immigration efforts are often blurred, as many California National Guard troops have taken on responsibilities usually held by federal Immigration and Customs Enforcement agents—such as administrative support and surveillance efforts. During his gubernatorial campaign, Newsom criticized Brown’s decision to deploy troops to the border, albeit with measured caution.

“I wouldn’t have done it,” Newsom said of the National Guard surge. “But if I did do it, I would have done it exactly the way Governor Brown did it.” 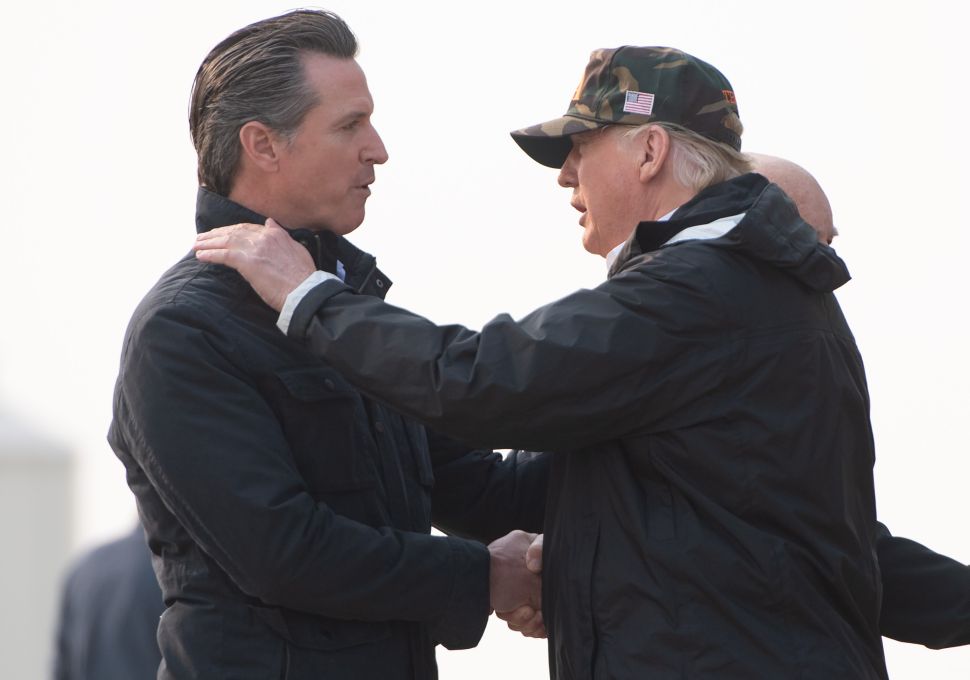