Since President Donald Trump announced late last year the withdrawal of United States military forces from Syria, logistical details have been scarce. But on Tuesday, the American public gleaned insight into the withdrawal’s timetable; namely, that there currently isn’t one in place.

“I am not under pressure to be out by a specific date,” General Joseph Votel, Commander of the U.S. Central Command, said during a Tuesday hearing before the Senate Armed Services Committee.

Speaking to lawmakers, Votel said the fight against ISIS “is not over” and that the U.S. mission in the region “has not changed.”

“The fact the president made a decision and we are going to execute his orders here to withdraw forces from Syria, and as we do that, we’re going to do that in a very deliberate manner,” added the general.

The commander who oversees military operations in the Middle East is not the only official avoiding details about an authorized timeline. Last month, a Pentagon spokesperson, senior State Department officials and U.S.-backed Syrian Kurdish leaders fanned statements to publications that the U.S. does not have a withdrawal date in place and will occupy Syria until the Islamic State is defeated.

The “framework is conditions-based and will not subject troop withdrawal to an arbitrary timeline,” Pentagon spokesperson Sean Robertson told VOA.

“We are asking the U.S. to adjust its presence and transition to phase two, where we have to defeat ISIS as an insurgency movement, and turn the page on the socioeconomic level,” said Syrian Democratic Council co-president Ilham Ahmed in an interview with The National. “It is unclear yet and there is no timeline at this point.”

Speaking to the Senate Armed Services Committee, Votel also told lawmakers he was not consulted before Trump announced the troop withdrawal from the region.

“Certainly we are aware that he had expressed a desire and intent in the past to depart Iraq, depart Syria,” said the general. “We were not, I was not consulted.” 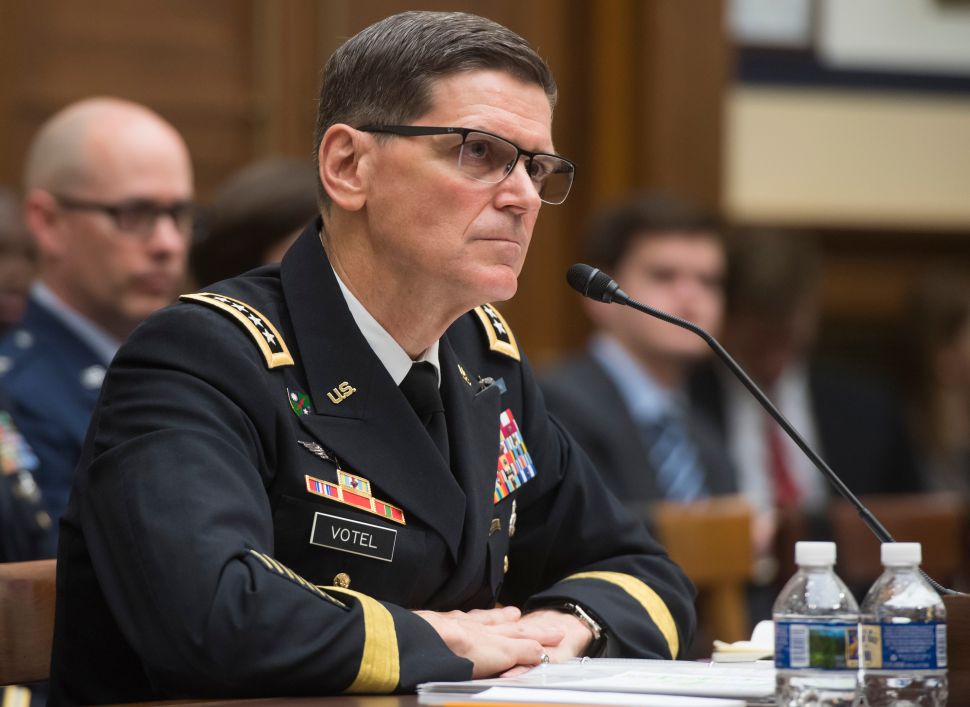