Amazon and General Motors are in talks to invest up to $2 billion in electric truck maker Rivian Automotive, a Detroit-based startup that Morgan Stanley’s auto market experts have called a “serious competitor” to Tesla, sources familiar with the discussion told Reuters on Tuesday.

Rivian, founded by MIT mechanical engineering doctor R.J. Scaringe in 2009, aspires to be the first U.S. carmaker to offer a mass-produced, off-road electric pickup, a product Tesla CEO Elon Musk also has been eyeing for quite a while.

During Tesla’s second-quarter earnings call last August, Musk told investors that a pickup truck was “probably my personal favorite for the next product” after Model Y, an SUV model expected to hit the assembly line in November this year. But last month, during Tesla’s fourth-quarter earnings call, Musk said Tesla “might be ready to unveil” its first pickup as soon as this summer.

Nevertheless, Rivian’s offering will likely get to the market sooner. Rivian debuted its first pickup model, R1T, at the Los Angeles Auto Show in November last year. It plans to start selling the model in the fall of 2020, priced at north of $60,000.

Tesla currently owns 90 percent of the U.S. electric car market by revenue and 80 percent by unit sales. However, critics have doubted whether Tesla’s market dominance is truly sustainable given the company’s frequent production and fiscal crises and Musk’s volatile public persona, which has proven to have a detrimental effect on Tesla’s stock price. It also faces demand pressure globally as the government tax incentives for electric vehicles phase out in the U.S. and the Chinese government hikes tariffs on American cars amid a bitter trade war.

Both Amazon and GM have their in-house electric car efforts in the works, but neither company has jumped into the market of electric pickups yet. Should the deal follows through, they will be Rivian’s first major U.S. venture investors, joining existing shareholders including Saudi Arabia’s Abdul Latif Jameel and Japan’s Sumitomo Corporation.

Neither GM nor Amazon has confirmed the deal. “We admire Rivian’s contribution to a future of zero emissions and an all-electric future,” GM said in a statement. 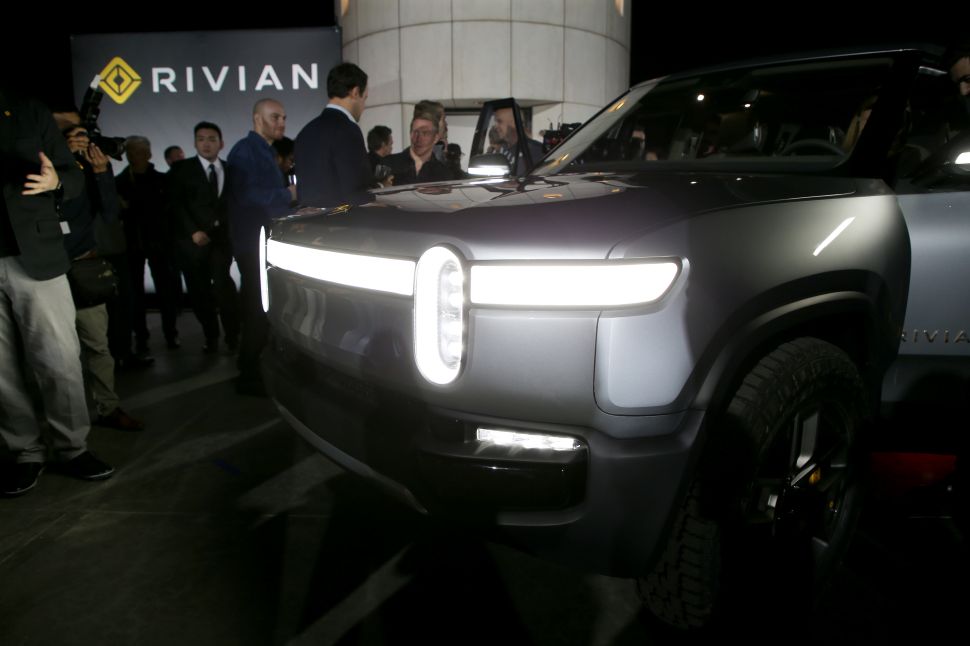