Imagine a world without cars. The Green New Deal actually tries to do that. At the very least, it imagines a world without combustion-engine cars, proposing a society where electric vehicles would be rare supplements to a massive network of high-speed rail and public transportation. That sounds good to me. It certainly sounds better than the system we have now.

For this bold utopian vision, the Green New Deal’s drafters got hit with criticism ranging from “not practical at this time” on the mild end to “those Communists will pry my truck keys from my cold dead hands.” But why not get rid of cars? They stink, they kill, they bankrupt people. I’ve been writing about cars, against my will, for almost a decade now, and I’ve come to two conclusions. First, cars are really fun to drive under controlled conditions, especially if they’re brand-new and expensive and the manufacturers are putting you up in luxury hotels while you’re testing them. Second: Cars are evil. Of this there can be no doubt.

While I like public transportation and enjoy using it on the rare occasions I’m in another country, I also recognize that building out the infrastructure to make it usable for most people in most cities will require billions of dollars and billions of years. Instead, my “world without cars” means a world without privately-owned combustion-engine cars driven by humans. In my coming utopia, cars will be self-driving and electric.

Madness, you say? Maybe. But it’s also happening, literally driven by private interests and not by government fiat. I suspect that most of the resistance to the idea of a world without cars comes from a mistrust of government intervention. But no one can resist the dictates of the market. In fact, it’s already in progress.

The canary in the coal mine lives in Mesa, Arizona, as generic an American setting as you can find. There, Waymo, Google’s self-driving car service, is operating a fleet of electric Chrysler Pacifica minivans for 400 select customers, out of 20,000 who applied. The customers call up their robot car on an app, the car appears, they pay their fee, and then they go wherever they want, whenever they want. As long as it’s in Mesa and environs, which, admittedly, is a drawback.

Owning a car isn’t freedom. Paying for gas isn’t freedom. The car’s great promise is unlimited personal mobility. Imagine if you had that, but without the massive expense, danger or endless exposure to mindless bureaucracy that car life provides. Politicians can make New Deal environmental promises until they’re green in the face, but the promises of a world without cars go way beyond that.

This story appeared last week: a record seven million Americans are three months or more behind on their car payments. That’s a lot of stress, for a lot of people, for very little return. People don’t want to be in car debt, but they have no choice, because they need cars to get to work, or to get their kids to school, or just to survive.

No wonder they’re behind: The average American car payment is $523 a month! And that’s not just for a few months. If you’re buying a new car, you’re in hock for that amount of money for at least five years. But that’s not even the tip of the car-expense glacier. You have to insure that car, or multiple cars. There’s also fuel, repairs and maintenance. Various governmental intrusions, like tolls, registration, inspections and other pounds of metal, add insult to inevitable injury.

Even if you have zero debt on them, cars are still expensive. My family owns three cars. We live in the suburbs of a large Texas city, so that’s almost mandatory. None of them are newer than a 2013 model, and none of them are fancy. We have no payments. And yet our car-related expenses, once you factor in insurance for our teenager, fuel and standard maintenance and fees, still approach, or surpass, $5,000 a year. That’s money that we could put toward home repairs, or travel, or paying down other debt, or saving for retirement, or charity, or Xbox games. It doesn’t matter, though. Because we must pay. The car-industrial complex demands its cut.

Now let’s imagine a utopian situation. You don’t have to own a car, because a fleet of self-driving electric cars constantly skirts around your neighborhood and city, waiting to pick up customers. At the moment, Waymo’s system charges people per ride, like an Uber, so it could easily cost you $15 round-trip to go get some coffee. That’s expensive and inefficient.

However, if the system had thousands, or even millions of customers, suddenly that cost could and would go down. Imagine if your cell-phone carrier only had 400 customers. The cost of each individual call would go way up. With a critical mass of car-service users, the cost of each trip would go way down.

Instead of paying per trip, you’d have a subscription to one of, say, a dozen self-driving electric car services. They’d charge you a flat fee per month, for a certain number of trips (or miles). If you go over, you pay a surcharge or an add-on fee. For my family to merely break even on this deal, we’d have to pay $600 a month for the service, which seems high, even for a nascent technology. It would probably be much less.

Our car expenses are actually lower than the average family’s. There are few scenarios where this wouldn’t save most people money. You wouldn’t have to pay for car insurance, or gas, or registration. Most of all, you wouldn’t have to own a car if you didn’t want to. That sounds like the ultimate freedom to me.

Despite the fact that manufacturers have never built better cars with more safety features, the number of automotive deaths every year continues to rise. Why? Because people cannot be trusted to drive safely. They’re distracted, drunk, selfish and rude. Also, accidents just happen, even to the best drivers.

Nearly 40,000 Americans die every year in car crashes. Almost two million people die worldwide. Crashes are the number one killer of Americans under the age of 25. My teenage son drives every day, and every day I pray that he comes home to us safely.

And that’s just the fatalities. Millions of people suffer terrible injuries every year from car crashes. Often, these injuries render them unable to work, force them onto pain medication, and lead them into addiction. And yet all, if not most, of those accidents could be preventable.

Self-driving cars, when they inevitably arrive, won’t end automotive deaths 100 percent. But they’ll cut them by a considerable amount. We can’t afford to be cynical or complacent about this, and yet we are—like we’re all living under some sort of spell cast by an evil car wizard.

Everyone knows at least one person whose life has been forever ruined or distorted by a car crash. And yet we just sit back and accept that as an inevitable fact of reality. People who passionately crusade against guns, or for universal health care, or who give thousands of dollars to cancer research just throw up their hands when it comes to cars. “There’s nothing we can do,” they say. But there is something we can do.

Get rid of cars.

From the day you buy a car until the day you die in your car, the car business and culture abuse and exploit people. I dream of a time when that’s not so. Who among us hasn’t wasted an entire afternoon at some hideous, faceless government office, waiting for some stupid sticker or to renew some plates? Some mechanic has ripped you off at some point in your life. Everyone’s been needlessly upsold by Jiffy Lube. That’s their core mission, after all.

Out of work will be guys who exploit you at chain muffler shops, tire dealerships, car salesmen, payday loan operators and other bottom-feeders of the industry, who pay their own bills but do so on the backs of others. Car journalists, the lowest form of human life, will disappear, as will many bureaucrats. What will they do to survive? That’s not my concern, really. Thousands of people used to make a living as blacksmiths. Dentists used to perform abdominal surgery. But no longer.

Cars will still exist in this dream future. People who love them will still be able to own them, tinker with them, race them and strut them at shows on the weekends. But for those of us who don’t even like cars­—the vast, miserable majority—this is a better way forward.

Someday, we’ll no longer need to own cars.

And we’ll be free. 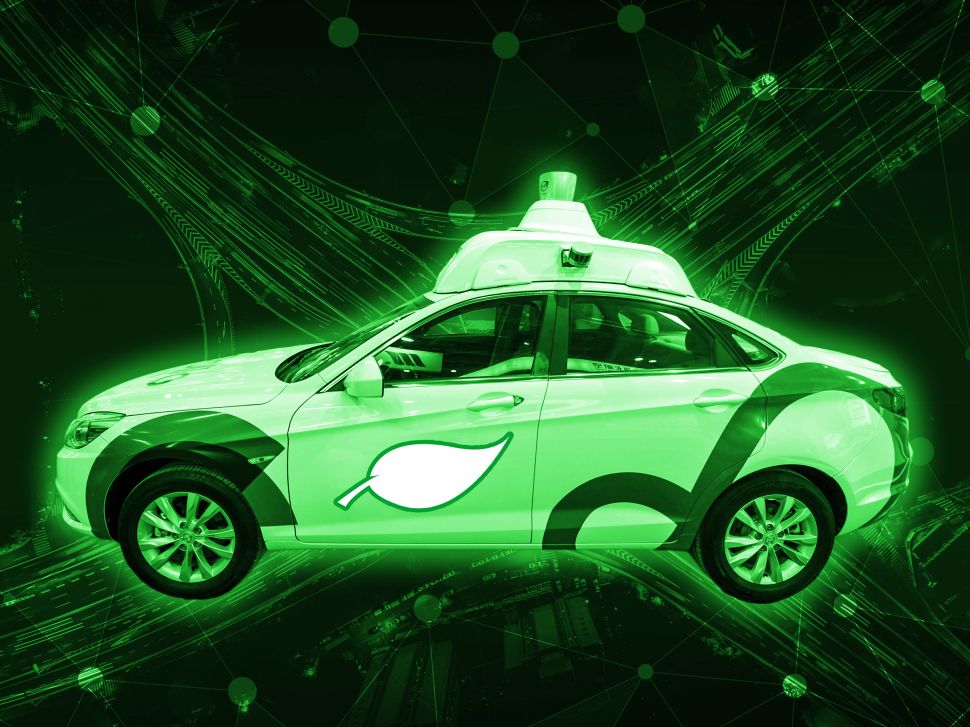